Protest As Much As You Want, But CAA Won't Be Withdrawn: Amit Shah

Amit Shah challenged the opposition leaders to hold a discussion with him on the CAA at a public forum. 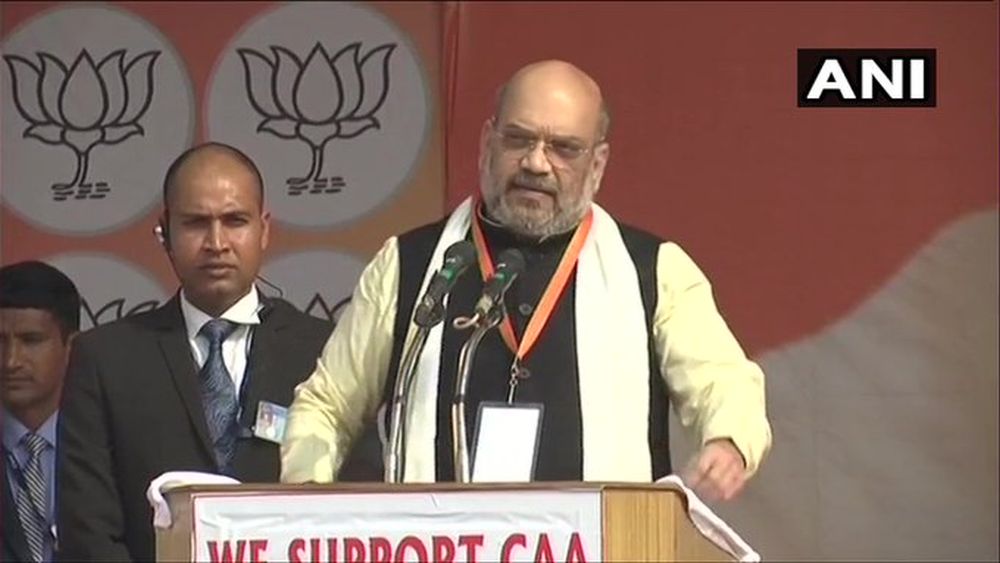 Union Home Minister Amit Shah on Tuesday continued with his attack on opposition over the protests against the Citizenship Amendment Act and said the legislation will not be rolled back.

“Protest as much as you want, but CAA will not be withdrawn," Shah said at a rally in Lucknow.

The Union Minister also accused the opposition of 'misleading' the people on the CAA and said there is no provision in the amended law for taking anyone's citizenship away.

“A canard is being spread against the CAA by the Congress, SP, BSP, and Trinamool Congress. The CAA is a law to grant citizenship; there is no provision of taking away anyone's citizenship,” he added.

Shah challenged the opposition leaders to hold a discussion with him on the CAA at a public forum.

"I have come to you for a Jan Jagaran Abhiyan in Lucknow. Our government is hardly eight  months old, but we are conducting this campaign to dispell the falsities being spread by the opposition against CAA. I challenge Rahul Gandhi, Mamata Banerjee and Akhilesh Yadav to engage in a debate on CAA," Shah said.

Also Read: Amid Mounting Anger Against CAA, A Political Alternative Is Taking Shape In Assam

"Congress has been blinded by vote bank politics," he said.

Also Read: When The States Push Back