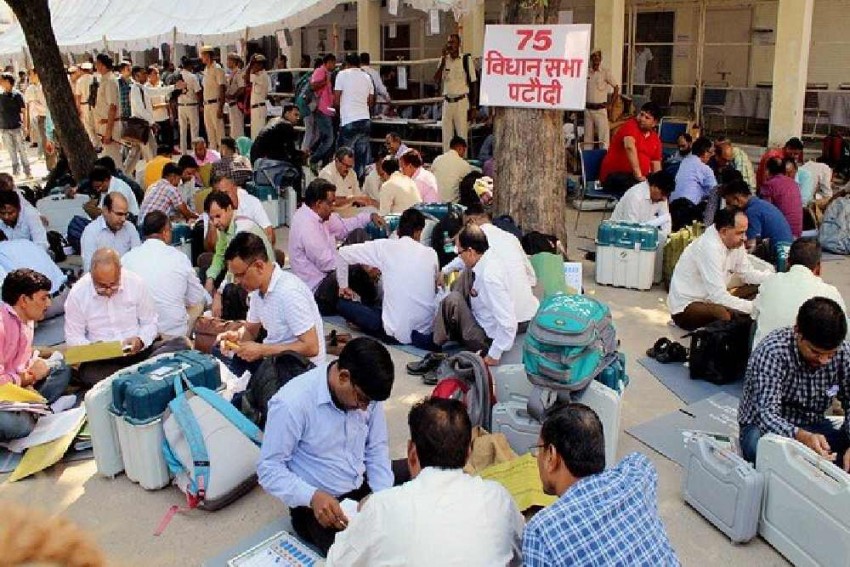 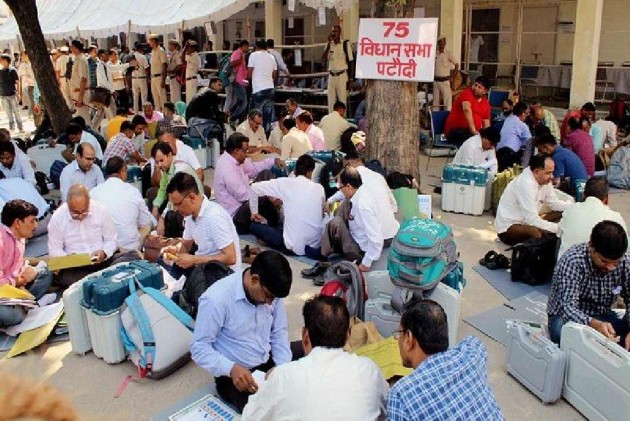 Voting began on a brisk note in the Assembly elections in Maharashtra and Haryana on Monday with people queuing up outside polling booths since early morning.

The voting commenced at 7 am and will end at 6 pm.

Union Minister Nitin Gadkari, who was among the early voters in Nagpur, said people will vote on the basis of the five-year performance of the Narendra Modi government at the Centre and the Devendra Fadnavis-led dispensation in Maharashtra.

In Maharashtra, where the 'Mahayuti' alliance of BJP, Shiv Sena and smaller parties is against the 'Maha-agadhi' led by the Congress and the NCP, a total of 8,98,39,600 people, including 4,28,43,635 women, are eligible to vote.

The ruling BJP is locked in a contest with the opposition Congress and the fledgeling JJP for the 90 assembly seats in Haryana which has over 1.83 crore voters, including 85 lakh women and 252 transgenders, while 19,578 polling stations have been set up.

Tight security arrangements have been made with deployment of more than three lakh personnel from state police and central forces in Maharashtra, while over 75,000 security personnel have been mobilised in Haryana.

Haryana Chief Minister Manohar Lal Khattarn was seen riding on a bicycle to the polling station to cast his ballot while Jannayak Janata Party leader Dushyant Chautala and his family arrived on a tractor to cast their votes at a polling booth in Sirsa.

A scuffle and stone pelting between supporters of the Congress and the BJP was reported from Nuh town in Haryana around 8.45 a.m. while voting was in full swing for the Assembly elections, an official said.

Counting of votes will be on October 24.

The high-voltage electioneering by the BJP saw participation of a galaxy of leaders led by Prime Minister Narendra Modi and his cabinet colleagues Amit Shah and Rajnath Singh, as it continued to aggressively raise the nationalism plank by focusing on scrapping of Article 370 provisions on special status to Jammu and Kashmir and targeted the opposition on national security and corruption.

The BJP, which is seeking a second straight term under Chief Minister Devendra Fadnavis in Maharashtra, is contesting 164 seats, which include candidates of smaller allies contesting on its lotus symbol, while Sena has fielded candidates on 126 seats.

On the other hand, the Congress has fielded 147 candidates and the ally NCP 121.

Yuva Sena chief Aaditya Thackeray, son of Uddhav Thackeray, is contesting from Worli in Mumbai. The 29-year-old is the first from the Thackeray family to make debut in electoral politics.