The armies of India and China have been locked in a bitter standoff at multiple locations in eastern Ladakh for the last seven weeks. 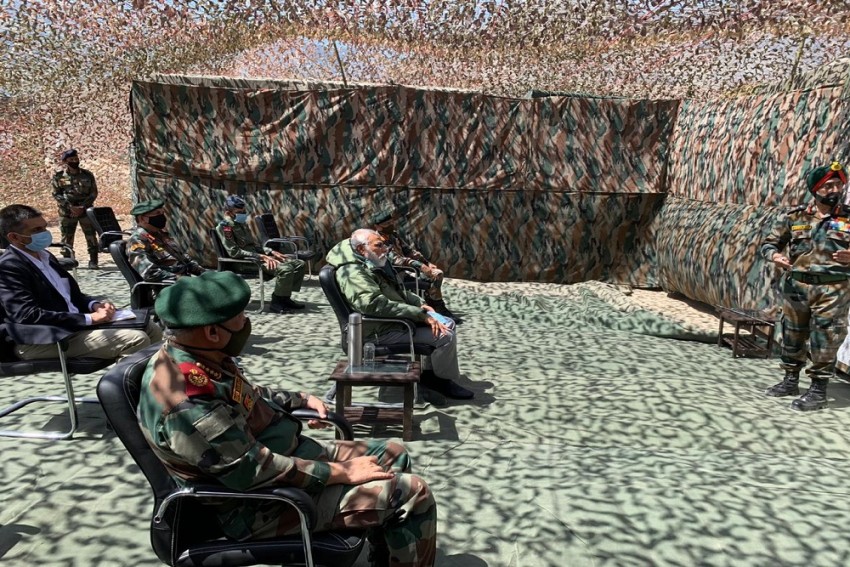 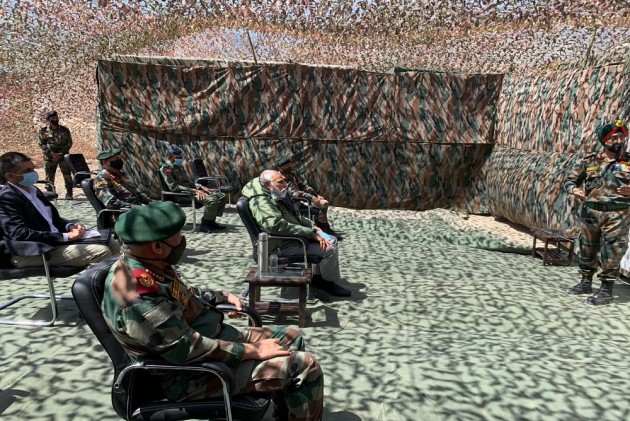 PM Narendra Modi arrived in Ladakh on Friday morning to review the ground security situation amid the ongoing border standoff with China. He was accompanied by Chief of Defence Staff (CDS) General Bipin Rawat and Army Chief MM Naravane.

Modi was at one of the forward locations in Nimu where he interacted with personnel of the Army, Air Force and ITBP. The Pime Minister reached Leh around 9.30 am, news agency PTI quoted sources as saying.

Interacting with our brave armed forces personnel at Nimu.

Located at 11,000 feet, the region is among the world' s toughest terrains, surrounded by the Zanskar range and located on the banks of the river Indus.

The armies of India and China have been locked in a bitter standoff at multiple locations in eastern Ladakh for the last seven weeks. The tension escalated after 20 Indian soldiers were killed in a violent clash in the Galwan Valley on June 15. Modi's visit comes just a day after Defence Minister Rajnath Singh called off his own visit to Ladakh. Singh was to visit Eastern Ladakh region to interact with soldiers deployed at the hostile border on Friday.

On June 17, Modi had stated that the sacrifice made by 20 soldiers who went down fighting against the People's Liberation Army (PLA) at Galwan Valley on June 15 night "will not go in vain".

He also said that while India wants peace, it will give a "befitting reply" if provoked. "India's integrity and sovereignty is supreme for us, and no one can stop us from defending it. Nobody should have any iota of doubt about this," said Modi. "Indian troops went down fighting (maarte, maarte mare hain)," he had said.

The PM also said that the whole country is with the families of those who sacrificed their lives for the country. "India will defend every stone every inch of its territory. India is a peace-loving country which has always tried to maintain cooperative and friendly relations with neighbours."

ALSO READ: Chinese Buildup In Galwan Betrays Trust, It’s Time For India To Up The Ante

China Under Xi Stepped Up 'Aggressive' Foreign Policy Towards India: US Congress Report