Sharad Pawar Slams PM Narendra Modi Over His Remarks On Opponents' Families, Asks Him Where Is His Family?

Pawar said the insinuation was coming from a man who did not have any experience of a family, nor does he know where they are at present. 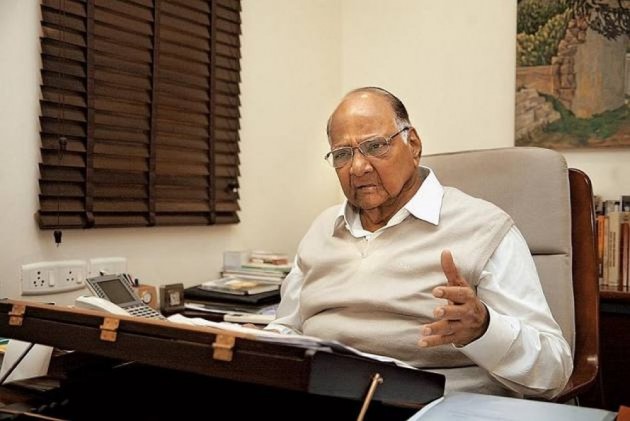 Pawar said the insinuation was coming from a man who did not have any experience of a family, nor does he know where they are at present.

PM Modi, during a rally in Wardha on April 1, had said that Pawar was losing his grip on the Nationalist Congress Party which was hit by a "family feud".

"Pawar's grip on the party is loosening. The situation is that Pawar saheb's nephew (Ajit  Pawar) is trying to take control of the party. Because of this, the NCP faced problems in ticket distribution," the PM had claimed at the rally.

Hitting back, Pawar Saturday said, "Prime Minister Narendra Modi during his rally in Wardha said there are disputes in the Pawar family. That Ajit Pawar has  control of the family and that the Pawar family is no longer united."

"I would like to tell him that we brothers were raised in a cultured atmosphere and our mother gave us virtues," the NCP chief said.

He went on to add that his brothers were all reputed in their own fields and said how great his mother was that her sons have got Padma Shri, Padma Bhushan and Padma Vibhushan.

While Pawar is a Padma Vibhushan, his brother Pratap is chairman-cum-managing director of Sakal newspapers and has been awarded Padma Shri.

"A person who does not have any experience of a family nor any idea where his family is presently is trying to inquire into (that of) others," Pawar said.

Pawar said he had got values and virtues of politics from stalwarts like former Prime Minister Jawaharlal Nehru and YB Chavan, Maharashtra's first chief minister and a  Deputy Prime Minister.

"Now these people, in order to hide their failures, are criticising the Gandhi family. Now my family is also included (in the attacks)," he added.

Stating that a BJP MP had spoken about changing the Constitution, he said the people would oppose any such move and "your ideology would burn in their (public) anger".

He asked the gathering to commit themselves to defeat the BJP in the April-May Lok Sabha polls.