The trouble began late Sunday night when Aas Mohammad was parking his scooter outside a building. Sanjeev Gupta, a resident of the building, who runs an eatery stall there, objected to it, witnesses said. 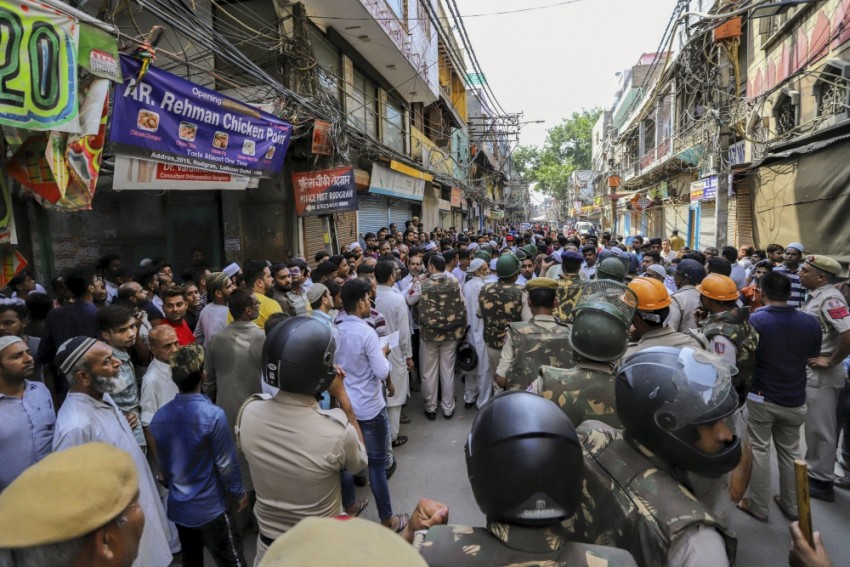 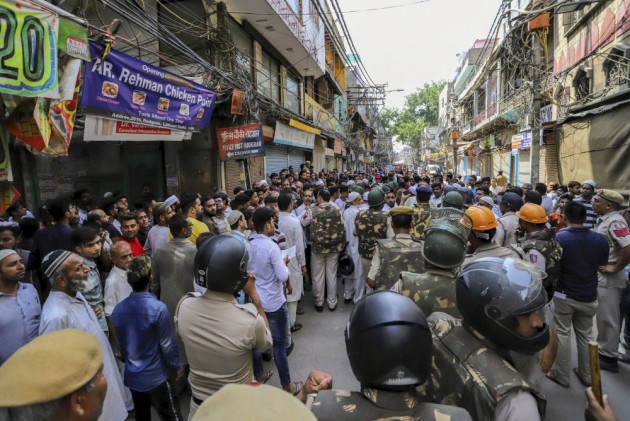 Tension prevailed Monday in Old Delhi's Chawri Bazaar area after a fight over parking a scooter took a communal turn and a temple was vandalised in the locality, police said Monday. Security has been beefed in the Lal Kuan locality to prevent any flare-up, they said.

The trouble began late Sunday night when Aas Mohammad (20) was parking his scooter outside a building. Sanjeev Gupta, a resident of the building, who runs an eatery stall there, objected to it, witnesses said.

Gupta's wife Babita said when her husband objected to parking the vehicle near the stall, Mohammad left, but returned promptly with more men who were "probably drunk" and beat him up.

Saqib, a 27-year-old software engineer and a local, narrated a different version.

"When Mohammad was beaten up, he and his other family members went to police station and filed a case," he said.

A video surfaced online which purportedly shows a man allegedly being beaten up by some people, who were suspected to be drunk, over a parking issue.

When Mohammad parked his scooter, Gupta asked him to move the vehicle somewhere else or he will set it on fire. Thereafter, a quarrel erupted and Gupta, along with some other person, pulled Mohammad inside the building and beat him up," said Aqib Hassan (25), who lives in the locality.

Meanwhile, the locals called the Police Control Room and both Mohammad and Gupta were taken to the police station.

"When Mohammad and Gupta were at the police station, some unknown people gathered outside the temple and vandalised it. This led to tension in the area," Saqib claimed.

The temple is located on the Durga Mandir Street, just across the street where the incident occurred.

Anil Kumar Pandey, the priest of the temple said, "A mob came to the temple last night at around 12 am. They vandalised the temple and left the place".

On Monday, signs of vandalism were seen -- the shutter of the temple damaged and the idols defaced slightly.

During the day, the two sides also raised counter slogans that added to the tensions. The police had ramped up security to ensure law and order.

Senior police officials and paramilitary personnel were at the spot to ensure peace.

"After some altercation and scuffle over a parking issue in Hauz Qazi, tension arose between two groups of people from different communities. We have taken legal action and all efforts are being made to pacify feelings and bring about amity. People are requested to help in restoring normalcy (sic)," Deputy Commissioner of Police (Central) Mandeep Singh Randhawa tweeted.