Akshay Parkar opened a small food stall by the name of Parkar Biryani House in Dadar after losing his job during the lockdown. 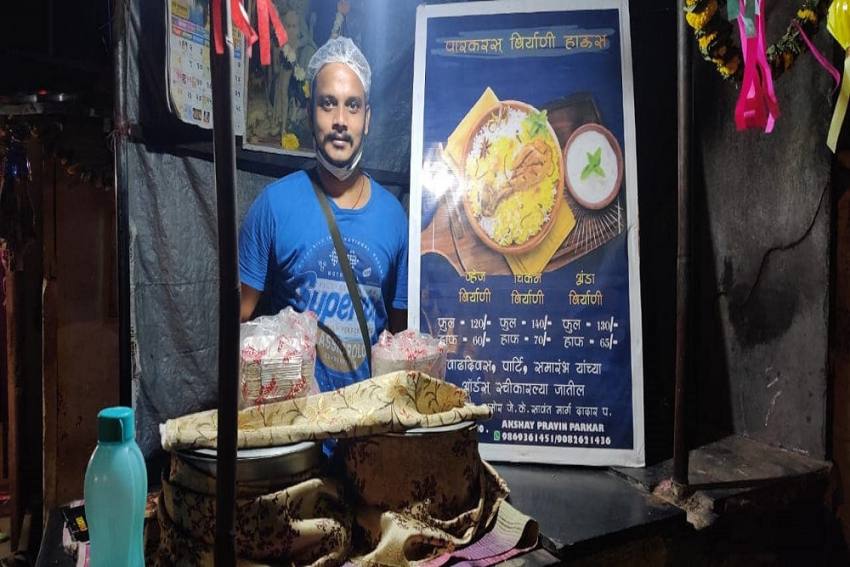 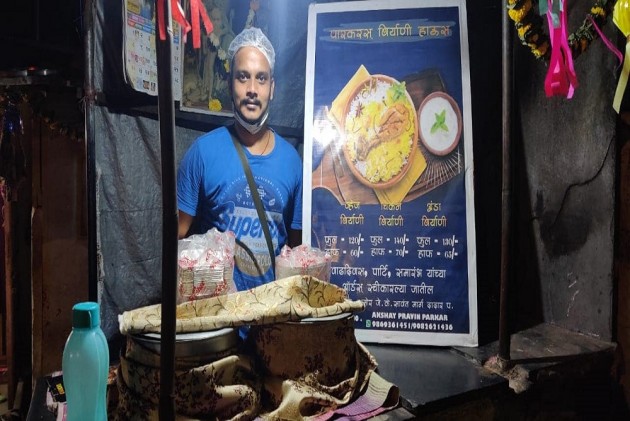 The pandemic has given a nuanced meaning to the adage 'where there's a will, there's a way'. The lockdown and subsequent safety concerns had cast a pall over the hospitality industry and left people without a job. Mumbai-based Akshay Parkar's will to cope has the streets of Dadar and social media buzzing with awe and appreciation.

A Facebook page called Being Malwani shared Akshay's heartwarming story that resonated with people. Akshay had been working as a chef at international luxury cruises and five-and seven-stars hotel before the pandemic. His eight-year-old livelihood was uprooted during the lockdown.

But his relentless resolve helped him navigate the tricky waters. He opened a roadside stall selling five-star quality biryani in Dadar, Mumbai. Named Parkar Biryani House, it is located in front of Shivaji Mandir and carries three varieties of biryani in the menu priced under Rs. 140.

According to the post, Akshay is just starting his entrepreneurial innings. He is capitalising on delivery and catering options for economical prices to turn his eating joint into a self-sustained business.

The Facebook post has since become viral: it has been reshared by more than 500 people, received almost 3,000 likes, and flooded with encouragement, acclaim, and order queries.