‘Our Struggle Will Go To Delhi And Gujarat’: 19-Year-Old Jaish Terrorist Behind Pulwama Terror Attack

In a 10-minute video message from the terrorist, which was released by the Jaish outfit on social media, Adil Ahamad Dar has reportedly talked about past fidayeen (suicide) attacks carried out by the Jaish. 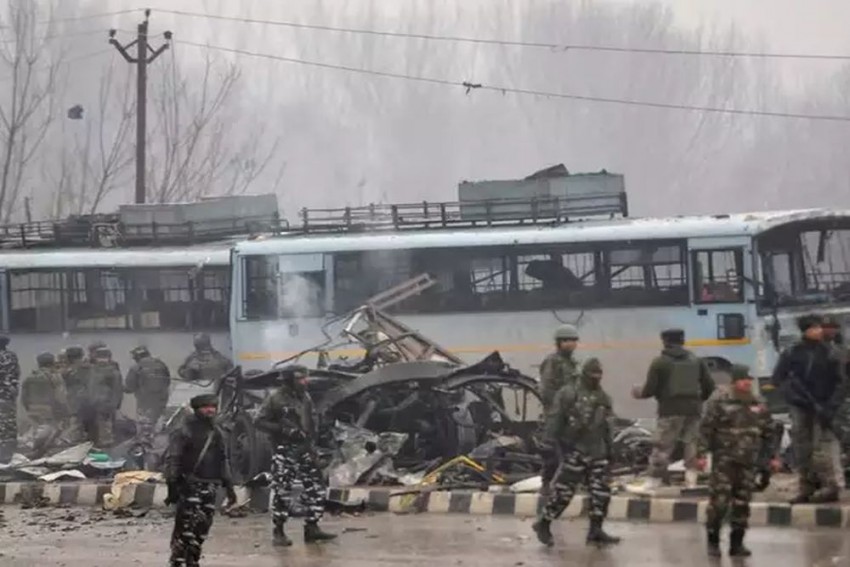 19-year-old Jaish-e-Mohammad militant, Adil Ahamad Dar, was behind the bloodbath in Kashmir’s Pulwama as he rammed his explosive-laden Scorpio SUV into the CRPF bus, killing 40 paramilitary personnel and leaving scores badly injured on Thursday.

According to police, Dar had studied till Class 11 and was working in a saw mill as a labourer.
He joined the ranks of the Pakistan-based terror outfit in March last year. He belongs to Gandibagh village of Kakpora Pulwama in South Kashmir.

In a 10-minute video message from the militant, which was released by the Jaish outfit on social media, Dar has reportedly talked about past fidayeen (suicide) attacks carried out by the Jaish. He also boasts about the IC-814 hijacking of December 1999, the Parliament attack in 2001 and about attacks on the security forces in Pathankot and Nagrota (both in 2016).

“Listen and understand, we are going to come at you so hard that facing us will not be an option for you,” the jaish militant says in the video. He says that the fight of militants is not just limited to Kashmir. “Our fight will go to Delhi and Gujarat,” the militant says.

Adil alias Waqas can be seen in the video brandishing sophisticated automatic rifles. He says by the time the video message reaches people, “I shall be in heaven. I have spent one year with JeM and this is my last message for the people of Kashmir.”

In his video he asks the people of north Kashmir and central Kashmir to join “the struggle against India as people south Kashmir have been fighting.”

The militant is survived by his mother and two brothers.