The railways had reserved seat number 64 in coach B5 for Lord Shiva on the train that will connect three Jyotirlingas. 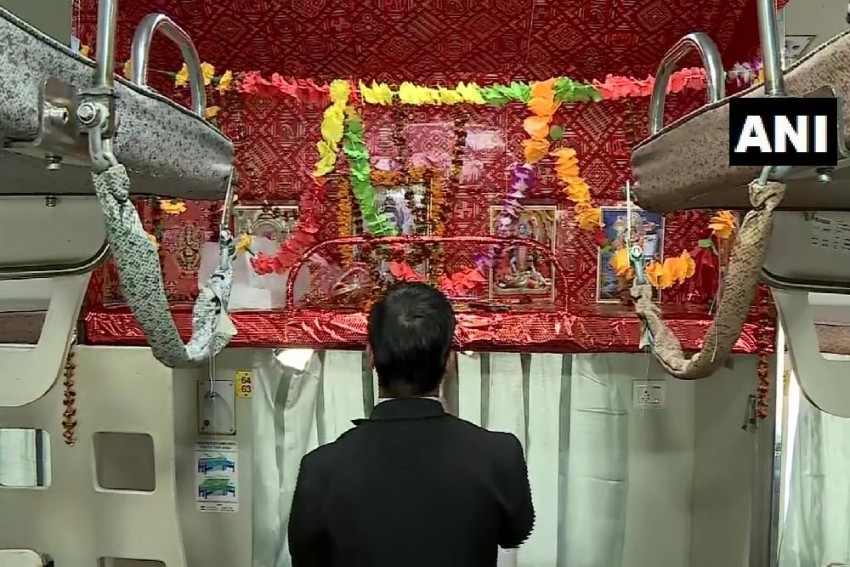 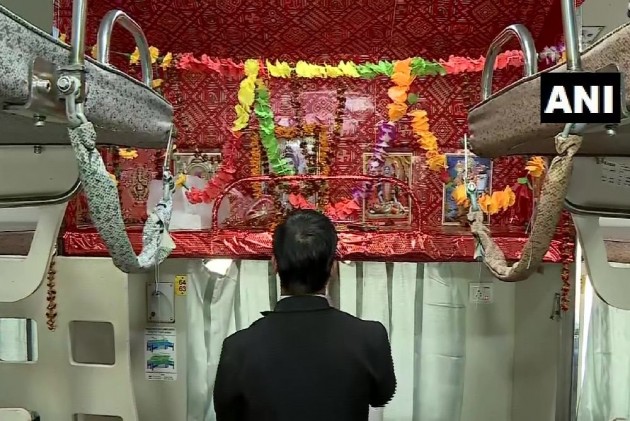 The IRCTC on Monday said a berth was reserved for Lord Shiva in the Kashi Mahakal Express during its inaugural run only as a "one-time affair" to seek "blessings" for the success of the new project, as questions were raised over the move.

The train staff had "temporarily put the photos of Shri Mahakaal" on an upper berth during the inaugural run on Sunday to perform pooja, the Indian Railway Catering and Tourism Corporation (IRCTC) said in a statement.

The railways had reserved seat number 64 in coach B5 for Lord Shiva on the train that will connect three Jyotirlingas -- Omkareshwar near Indore, Mahakaleshwar in Ujjain and Kashi Vishwanath in Varanasi.

AIMIM President Asaduddin Owaisi questioned the move and tweeted a photo of the Preamble of the Constitution, tagging the Prime Minister's Office (PMO).

The train's first commercial run is scheduled on February 20.

"The staff of the new Kashi-Mahakal Express train temporarily put the photos of Shri Mahakaal on an upper berth so as to do pooja to seek blessings for the success of the new project (new train and new rake). It is meant only for the inaugural run as a one-time affair.

"The inaugural run was also not open to passengers. There is going to be no such reserved or dedicated berth for this purpose in the commercial run of the train which is starting from February 20, 2020 onwards," the IRCTC said in the statement.

It will be the third train to be run by the IRCTC, a subsidiary of the Indian Railways that handles the catering, tourism and online ticketing operations.

The train was flagged off by Prime Minister Narendra Modi on February 16 from the Varanasi junction.