The son of the Railways official had returned to Bengaluru from Germany via Spain on March 13. 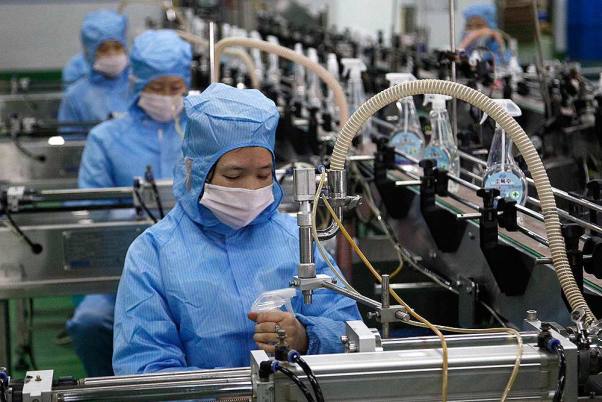 A senior woman employee was suspended for keeping her foreign-returned son, who tested positive for coronavirus, at the railway guest house near the city station, an official said on Friday.

"South Western Railway zone general manager A.K. Singh has suspended the employee for lodging her 25-year-old COVID-19 affected son at the rest house near the main station in the city centre on March 14," the official told IANS.

The son, who returned to Bengaluru from Germany via Spain on March 13, is an entrepreneur who had set up a start-up in this tech city.

The son rushed to a state-run designated hospital in the city in an ambulance on Wednesday night and tested positive for COVID-19 symptoms after staying at the rest house for five days.

"Disciplinary proceeding against the employee is contemplated. She will not leave the city during her suspension period without the permission of a competent authority," the official said, citing Singh's order.

The employee has been asked to give in writing the reason for keeping her son at the rest house when she has a house in the city's southern suburb.

"The Maples rest house has been sealed and the city civic body fumigated the entire building on Thursday though the victim stayed alone in a room on the second floor.

The Bengaluru railway division is contacting all those who stayed in the 17-room rest house since March 13, persons who came into contact with him and the nearby hotel where he went to have food.

"The victim's mother has also been kept in an isolated ward in the hospital for observation, as she met him in the room daily when she reported for work in the divisional office, adjacent to the station," asserted the official.

All employees working in the personnel section where the victim's mother works have also been screened and kept under close watch.