'I can confidently say the Citizenship Amendment Act (CAA) is not meant to throw Indian citizens out of the country. But, the National Register of Citizens (NRC) is going to impact Hindus as well,' the Sena president said. 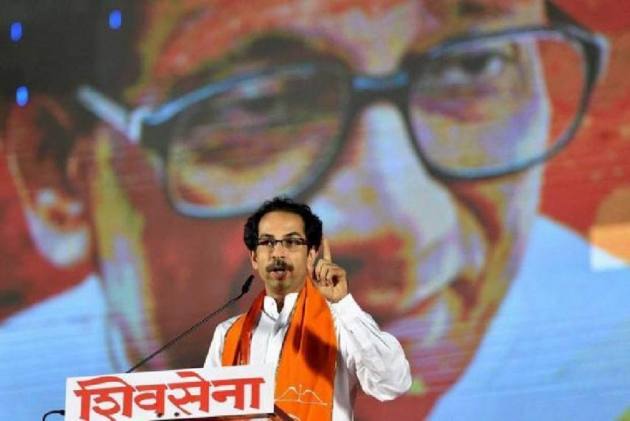 Maharashtra Chief Minister Uddhav Thackeray on Wednesday said there was no need to fear the Citizenship Amendment Act, but asserted his government will not allow the proposed National Register of Citizens to be implemented as it would "impact people of all religions".

Throwing out Bangladeshi and Pakistani migrants out of the country was an old demand of the Shiv Sena, the chief minister said in the third and concluding part of his interview to party mouthpiece 'Saamana'.

"I can confidently say the Citizenship Amendment Act (CAA) is not meant to throw Indian citizens out of the country. But, the National Register of Citizens (NRC) is going to impact Hindus as well," the Sena president said.

India has the right to know the number of minorities from neighbouring nations who applied for Indian citizenship after being persecuted in their home countries, he said.

"When they come here, will they get homes under the 'Pradhan Mantri Awas Yojana'? What about employment and education of their children? All these issues are important and we have the right to know," he said in the interview to Saamana's executive editor and Sena MP Sanjay Raut.

"As chief minister, I should know where will these people be relocated in my state. Our own people don't have adequate housing. Will these people go to Delhi, Bengaluru or Kashmir, since Article 370 is now scrapped?" he wondered.

Several Kashmiri Pandit families are staying like refugees in their own country. The CAA is not to throw citizens out of the country, Thackeray said.

"However, the NRC will impact Hindus and Muslims and the state government will not allow it to be implemented," he asserted.

In a veiled attack on his cousin and MNS chief Raj Thackeray, who will lead a rally in support of the CAA and NRC in Mumbai on February 9, the chief minister said the NRC is not yet a reality and there is no need for a 'morcha' in support of or against it.

"If the NRC is enforced, those who are supporting it will also be affected," he said.

Under the NRC, even Hindus will have to prove their citizenship. "I will not allow the law to be enacted. Whether I am chief minister or not, I will not allow injustice to anybody," he said.

The chief minister also took a veiled dig at the Centre's decision to give the Padma Shri award to Pakistani-origin musician Adnan Sami.

"A migrant is a migrant. You can't honour him with the Padma award. Throwing out illegal migrants was the stand of (late Shiv Sena supremo) Balasaheb Thackeray," he said without naming anyone.