The party asked the Opposition not to 'instill fears in the minds of minorities' over the CAA. 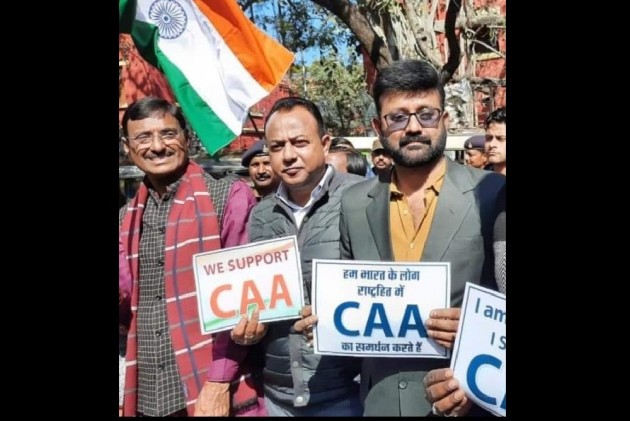 The Jharkhand BJP on Sunday said the National Register of Citizens (NRC) will protect the rights of minorities of the country which have been "taken away" by Bangladeshi infiltrators.

"...minorities living in the country will get their legitimate rights and NRC will protect their rights taken away by infiltrators from Bangladesh," state BJP spokesperson Pratul Shahdeo said in a statement.

He asked the opposition parties not to "instill fears in the minds of minorities" over the Citizenship (Amendment) Act and instead, tell them that CAA has "nothing against them".

"...CAA underlines that any person belonging to communities like Hindu, Buddhist, Jain, Parsi, Christian and Sikh and has come to India from Afghanistan, Pakistan and Bangladesh on or before December 1, 2014, will not be treated as an illegal infiltrator (immigrant)," Shahdeo said.

Section 6B (4) of the CAA states that the Act will not be effective in tribal areas of Assam, Meghalaya, Manipur, Mizoram and Tripura, besides the areas falling under the Sixth Schedule of the Constitution, he said.

The BJP leader also accused the opposition parties of indulging in appeasement politics as they were "unable to fathom" the developmental initiatives undertaken by the central government.