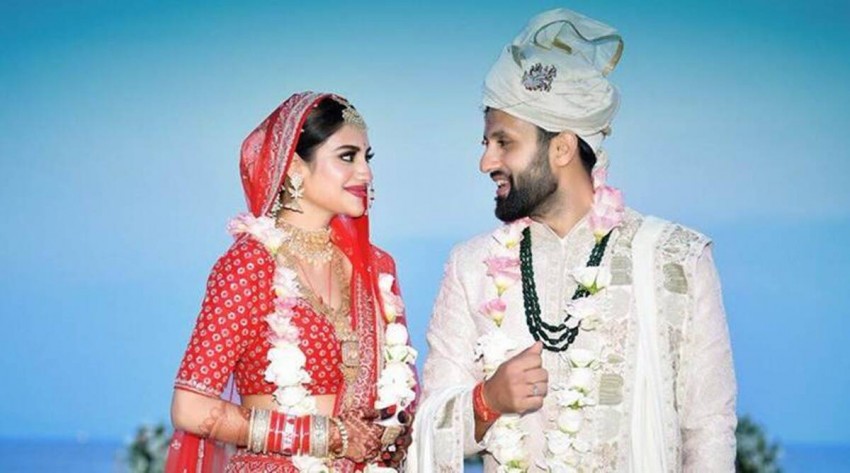 Nusrat Jahan and Nikhil Jain tied the knot in Turkey in June 2019, soon after she was elected to the Lok Sabha.
Snigdhendu Bhattacharya 2021-06-10T20:32:08+05:30 ‘Not Marriage, But… A Live-In Relationship,’ Nusrat Jahan’s Statement Triggers Controversy 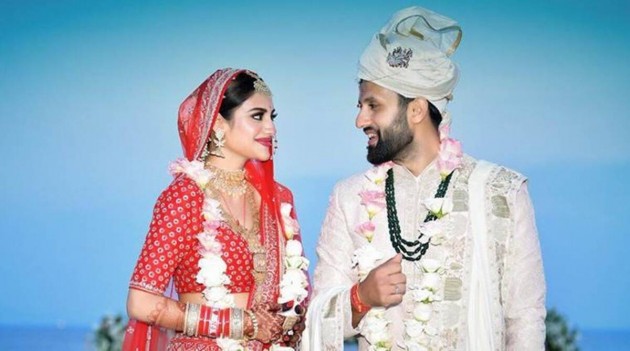 Actor-turned-Trinamool Congress (TMC) Lok Sabha MP Nusrat Jahan’s recent statement saying that her ‘marriage’ with businessman Nikhil Jain was “not a marriage” but “a live-in relationship” has landed her in a major controversy, as her marriage was a widely-publicized event and among the guests in the reception were West Bengal chief minister Mamata Banerjee's, and other bigwigs of Bengali film industry and politics.

Meanwhile, Jain issued a written statement on Thursday evening in which he said, "We lived together as husband and wife and introduced ourselves as a married couple in the society." He alleged that Jahan never heeded his repeated requests to get the marriage registered and left his place with her belongings on November 5, 2020.

Jahan and Jain tied the knot in Turkey in June 2019, soon after she was elected to the Lok Sabha. Later, they organized a reception party in Kolkata. Among those present at the marriage ceremony in Turkey was another actor-turned-TMC MP, Mimi Chakraborty.

The 31-year-old Jahan made these remarks in a written statement she issued on June 9. This remark came amidst widespread talks in Bengal’s film and entertainment world as well as the major media outlets that she was pregnant. Reacting to these reports, Jain had told Bengali media houses that he was not the father, since he and his wife had been living separately for the past six months.

Jahan is now believed to be in a relationship with actor Jash Dasgupta. 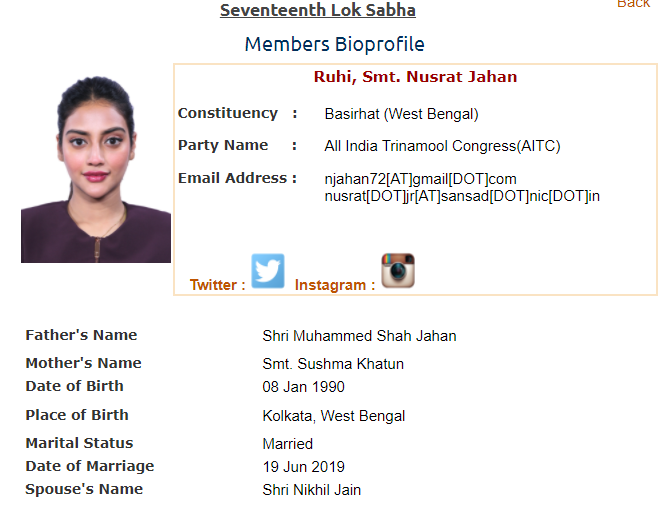 However, all the talks around her relationship status have been overshadowed by her statement that she was not married in the first place. It is because she had thrown a lavish reception party, had worn sindoor and the mangalsutra that have been synonymous with marriage, introduced herself as Nusrat Jahan Ruhi Jain in the Parliament.

The parliament’s website, too, mentions her as “married”, June 19, 2019, as the date of marriage, and Nikhil Jain as her spouse.

However, in her written statement she said that “Being on foreign land, as per Turkish Marriage Regulation, the ceremony is invalid. Moreover, since it was an interfaith marriage, it requires validation under the Special Marriage Act in India, which did not happen. As per the court of law, it is not a Marriage, but a relationship or a live-in relationship. Thus, the question of divorce does not arise. Our separation happened long back, but I did not speak about it as I intended to keep my private life to myself. Thus, my actions must not be questioned based on “separation”, by the media or anybody I am not related to. The alleged marriage is not legal, valid, and tenable; and thus, was not a marriage at all in the eye of law.”

Her party, Mamata Banerjee’s TMC, seems to have found itself in an uncomfortable situation over Jahan’s statement but prefers to stay quiet. “It’s a personal matter,” said a party spokesperson.

However, another senior TMC leader said that the chief minister was not happy with the way Jahan altogether denied the marriage.

“Separations can and do happen. There is nothing wrong with that. But that way she denied the marriage would not be taken well by the public. Do not forget that she invited the chief minister to her marriage reception and on several occasions, including a puja inauguration by the chief minister, Jahan brought Jain along with her. In such cases, the chief minister had introduced Jain as ‘Jamai’ (son-in-law). She is dealing with the matter in a wrong way,” said a TMC Lok Sabha MP who did not want to be identified.

On Thursday, the BJP’s IT cell’s national head, Amit Malviya, shared on Twitter a video clip of Jahan taking the oath in Lok Sabha and wrote, “TMC MP Nusrat Jahan Ruhi Jain’s personal life, who she is married to or who she is living in with, should not be anyone’s concern. But she is an elected representative and is on record in the Parliament that she is married to Nikhil Jain. Did she lie on the floor of the House?”

On social media, users kept sharing photos of her marriage in Turkey and the reception in Kolkata. Jahan had also got her marriage shot and made it into a short film, which she has shared from her own YouTube account. She uploaded the video on September 22, 2019, titled it “Nusrat Jahan & Nikhil Jain Wedding Video, Bodrum, Turkey” and it has 4.5 million views.

The video was still on Jahan’s YouTube channel as of June 10.

Jain had about a month ago filed a lawsuit seeking to nullify the marriage and legalize the separation.

Jahan is not new to controversy. Her name hit the headline in the aftermath of the Park Street gang-rape incident of 2012 when she was accused of sheltering and keeping in touch with the key accused, the absconding Kadir Khan, with whom Jahan was in a relationship. Khan was finally arrested in 2016.

The Only Way To Check Poverty Is Through Population Control: Assam CM