As a precautionary measure, the school has shut down and postponed its annual examinations and the students and their parents have decided to get themselves tested. 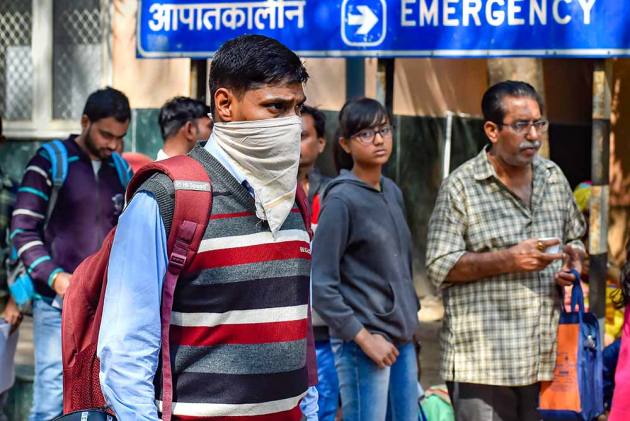 Shriram Millennium school in Sector 135 Noida on Tuesday decided to shut down the premises for two days and also postpone its annual examinations after a student's parent tested positive with COVID-19 on Monday.

A total of 40 students of the school have been tested for the virus and sent to a 28-day isolation, the Chief Medical Officer of Gautam Buddh Nagar said.

A senior school official, who requested anonymity, has also confirmed about the developments. "Yes the said patient of COVID-19 is a parent of our student, we have taken all precautionary measures and are in constant contact with the Health Ministry to monitor situation," the senior official said.

Chief Medical Officer of Gautam Buddh Nagar, Anurag Bhargava said: "School will be closed for a day or two now. During this time it will be sanitized. The process of sanitizing the school will take one to two days. It takes more than an hour to sanitize a room, our medical team has told the school about the treatment," the CMO added.

"A total of 40 people have been tested in Noida. The reports will take a few hours."

He specifically asked all to "ignore rumours". "We have all the facilities to tackle the situation. We have isolation ward developed," Bhargava said.

A scared parent whose son studies in the Shriram Millennium School told IANS on condition of anonymity: "We came to know about this on the parents' WhatsApp group early in the morning. There was complete panic on the group. Today's exam has been cancelled and the school is now shut for sanitisation. We pray for those who were there at the birthday party where the infected person was present".

The school administration sprung into action after the news started circulating on social media.

"Dear Parents, due to certain unavoidable circumstances we will be postponing the exams scheduled today. The new dates will be communicated shortly," a message by school administration on Tuesday read.

"The Board exams will continue as normal. The children of Classes 7-11 may come for extra classes if they wish. Class 6 and IGCSE classes continue with the study leave," administration added in their message.

Sources in the school administration have confirmed that the Director of the school chain has also called an urgent meeting on issue in one of its school in Gurugram.

The Noida campus of the school has been shut down and officials from the Health Ministry have reached the spot to sanitise the school as well as take samples for further tests to verify if others in contact with the student or his parents have been infected with COVID-19 virus.

According to screenshots of Whatsaap messages being circulated online, the student's parent had thrown a birthday party on February 28, and several other students of the school had participated in the celebrations.

On Monday, two cases of COVID-19 were found positive one of them was from Delhi who is currently under treatment and is being closely monitored.

According to the Health Ministry, the person who has tested positive from Delhi has a travel history to Italy.

Further details of his travels were being ascertained. The Ministry also said that the patient was stable and was being closely monitored.