A video of the function on July 1 shows the CM seating next to Awadhesh Narayan Singh, a BJP leader who tested positive for coronavirus. 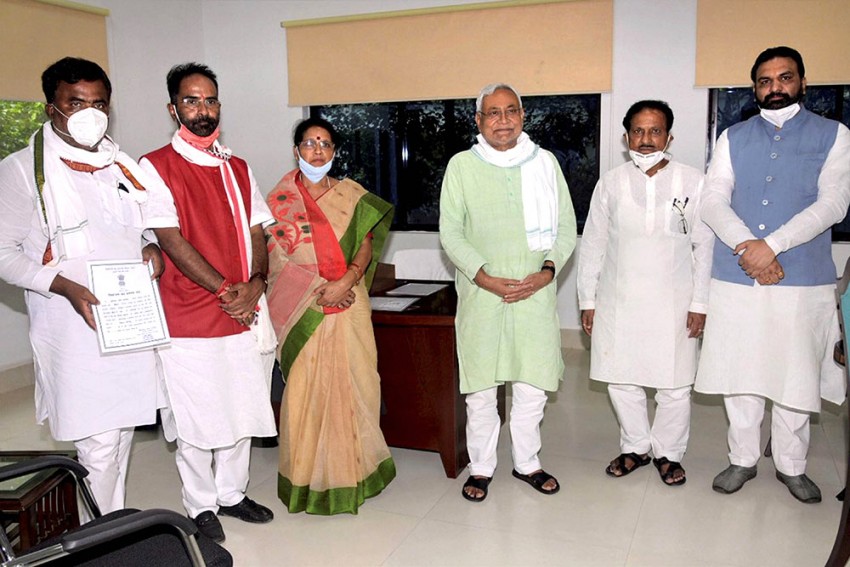 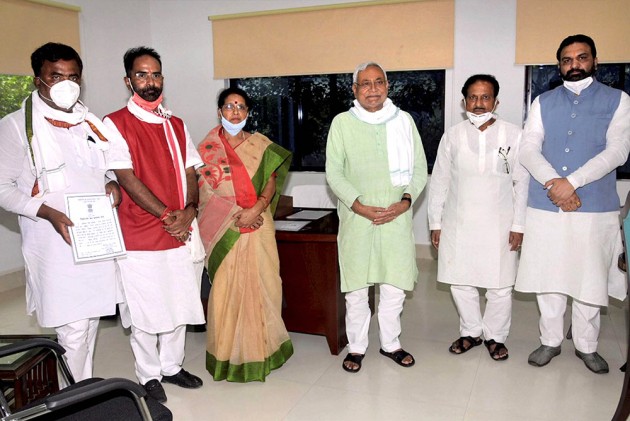 Bihar Chief Minister Nitish Kumar, his deputy Sushil Kumar Modi and many others sent their swab samples for COVID-19 test on Saturday after they attended a function with Legislative Council's Acting Chairman Awadhesh Narayan Singh, who has been found infected with the highly contagious disease, officials said.

Speaker of the Legislative Assembly Vijay Kumar Chaudhary, who was present with them in the function, has also sent sample for examination.

The CM's sample has been sent to the Indira Gandhi Institute of Medical Sciences (IGIMS) here, the officials said.

Besides Kumar, samples of 15 staffers of the Chief Minister's Office have been collected for COVID-19 test, sources said, adding that results are expected on Sunday.

A video of the oath ceremony on July 1 shows the CM seating next to Awadhesh Narayan Singh, a BJP leader. Speaker of the Legislative Assembly Vijay Kumar Chaudhary was on the other side of the infected leader while Sushil Modi was seated next to the CM.

Besides Sushil Modi, samples of around 10 officials and his staff have been sent for testing, sources close to the Dy CM said.

"Deputy CM has sent his swab sample today for COVID-19 testing. Besides, samples of around 10 other officials and staff of Dy CMs office have also been sent for testing," the sources said.

Assembly Speaker Vijay Kumar Chaudhary told PTI, "I have sent my sample for testing as a precautionary measure."

Awadhesh Narayan Singh's wife, two sons and daughter-in-law have also tested positive for the virus, said his personal assistant Rahul Kumar who was also found to be infected.

He was admitted to the isolation ward of AIIMS-Patna for treatment after his test report came in, the hospital's nodal officer on COVID-19 Sanjeev Kumar told PTI.

"The test results of the six persons, including myself, came today and the reports of other family members are likely to come by late evening," Rahul Kumar said over the phone.

Awadhesh Narayan Singh and all his family members had fever, following which samples were collected on Friday by a team of the Indira Gandhi Institute of Medical Sciences.

He is the fifth legislator in the state to have tested positive for COVID-19.

Minister Vinod Kumar Singh and his wife have tested positive for the pathogen, Besides MLAs--Jibesh Kumar Mishra (BJP), Anand Shankar Singh (Congress) and Shahnawaz Alam (RJD) have been found infected with the virus.

Veteran RJD leader Raghuvansh Prasad Singh, a former Union minister, has been discharged from AIIMS after recovering from the disease.