According to reports, the National Investigation Agency (NIA) has claimed that SDPI state secretary, Muzamil Pasha incited the mob, during violence that broke out in Bengaluru on August 11. 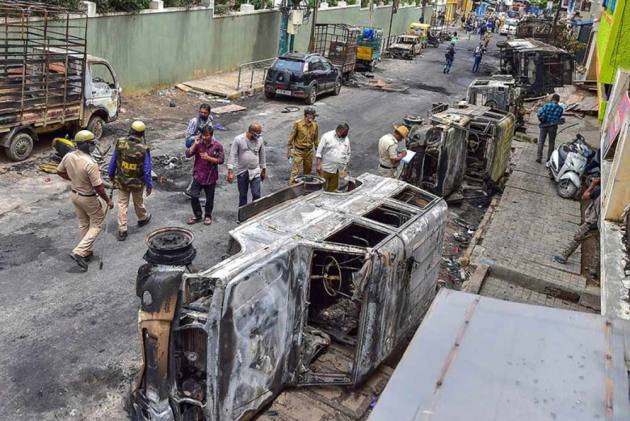 The National Investigation Agency (NIA) has formally taken over the investigation in two cases pertaining to violence that broke out in Bengaluru on August 11 over an alleged derogatory social media post.

According to the NIA, a team headed by an IG-rank officer is camping in Bengaluru in connection with the probe. "In pursuance of Ministry of Home Affairs order under section 6(4) and 8 of NIA Act 2008, the NIA took over the investigation of two cases of arson and violence wherein UAPA had been invoked by state police,” the NIA claimed.

More than 300 people, including some Social Democratic party of India (SDPI) members, have been arrested in connection with arson and violence in the city on the night of August 11, which targeted Congress MLA R Akhanda Srinivas Murthy and his sister over a purported inflammatory social media post shared by him.

Four people died in the violence, including three who succumbed to police firing. The BJP has blamed the SDPI, for the riots and demanded a ban on the organisation. The SDPI has however rejected the charges as “baseless”. According to reports, the NIA has claimed that the state secretary of SDPI, Muzamil Pasha had directed the mob to incite violence.