The latest flashpoint between Ashok Gehlot and Sachin Pilot is the ongoing investigation by the Rajasthan Police into the alleged attempt by the BJP to lure Congress MLAs into its fold ahead of last month’s Rajya Sabha polls, say sources. 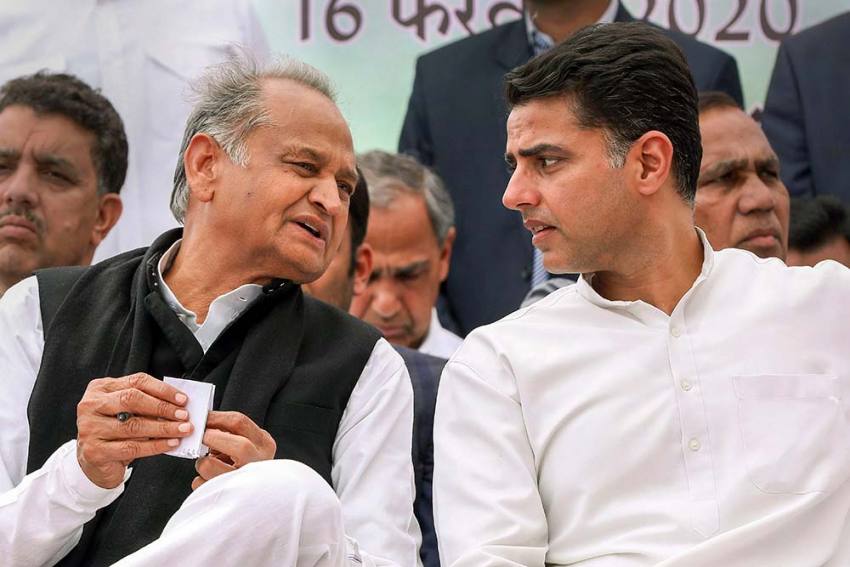 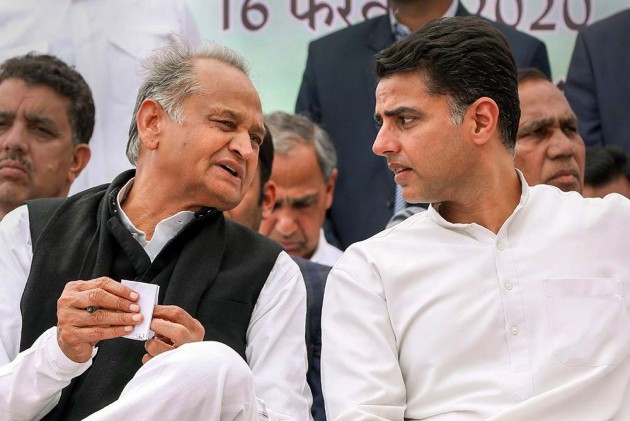 Exactly a month after Rajasthan Chief Minister Ashok Gehlot cried wolf over an alleged attempt to destabilize his government in Rajasthan, his deputy and intra-party rival, Sachin Pilot has now raised a banner of revolt. Late Saturday, Pilot skipped a meeting of the Gehlot cabinet in Jaipur and instead drove to Delhi in an apparent bid to apprise the Congress high command of his growing discomfiture with his boss’s functioning style.

Over a dozen Congress MLAs close to Pilot and three independents supporting the Gehlot government also checked into hotels in Delhi and Gurgaon over the weekend, in a script reminiscent of the political drama that unfolded in March before Jyotiraditya Scindia helped the BJP topple the Kamal Nath-led Congress government in Madhya Pradesh. However, Congress sources insist that the situation in Rajasthan, as of now, is “not as bad” as it was in M.P and that “a decisive intervention by (interim Congress chief) Sonia Gandhi within the next 24 hours” can be expected.

The Gehlot camp is hopeful of surviving the crisis based on its calculation of how the numbers stack up in the 200-member Rajasthan assembly. The Congress, including some 19 loyalist MLAs of Pilot, claims to have support of 123 MLAs in the assembly against the 72 MLAs of the BJP. To return to power, the BJP needs at least 21 MLAs. Though Pilot can provide support of 19 MLAs as per his own calculations, the Gehlot camp says some of these rebels are unlikely to walk away from the Congress and are in touch with the CM.

The frosty ties between the chief minister and his deputy have been common knowledge ever since the Congress returned to power in Rajasthan in December 2018. Pilot has resented the decision taken by then party president Rahul Gandhi to anoint Gehlot as the CM; overlooking Pilot’s efforts in his stint as Rajasthan Congress chief to revive the party after it was wiped out in the state by the BJP during the 2013 assembly polls and the 2014 Lok Sabha election.

The latest flashpoint between Gehlot and Pilot, say sources close to the deputy CM, is the ongoing investigation by the Rajasthan police and the state’s Special Operations Group (SOG) into the alleged attempt by the BJP to lure the ruling party’s MLAs into its fold ahead of last month’s Rajya Sabha polls. A Congress MLA close to Pilot tells Outlook that the investigation was being used by Gehlot to “cement the false impression that Pilot is working with the BJP to topple the Congress government”.

The present crisis began unravelling quickly ever since reports emerged, on Saturday, that the SOG will summon Gehlot and Pilot for recording their statements as part of the probe into allegations of horse-trading against the BJP during the RS polls. It may be recalled that on June 10, nine days before polling for Rajasthan’s two Rajya Sabha seats, Gehlot had directed all Congress MLAs and a dozen independent legislators supporting his government to move to a private resort in Jaipur. The decision to shift the MLAs, described by Pilot then as being “unnecessary”, was taken after Congress chief whip in the Rajasthan Assembly informed the Director General of Rajasthan’s Anti-Corruption Bureau of an attempt by the BJP to destabilize the Gehlot government by offering large sums of money to Congress and independent MLAs. Later, Gehlot decided to order a parallel investigation by the SOG, even though both Congress candidates for the RS polls – K.C. Venugopal and Neeraj Dangi – emerged victorious.

The SOG now claims that during its investigation a taped a conversation between two BJP members – Ashok Singh and Bharat Malani, both were arrested on Saturday – discussing how “the chief minister and deputy chief minister are having a fight” and that the “deputy CM (Pilot) will be made a minister at the Centre but he wants to become the CM (sic)”.

As reports of the FIR by the SOG flooded newsrooms and social media platforms, Gehlot convened a press conference blaming the BJP for “still trying to usurp power” by offering over Rs. 15 crore to various ruling party MLAs. Gehlot then made a comment which, according to Congress sources, forced Pilot to drive to Delhi and register his protest with the Congress high command. Gehlot said that there were “five to seven” leaders within the Congress who wanted to become chief minister but added that once the party had decided on a CM nominee these leaders “calmed down”.

Congress sources close to Pilot say Gehlot comment was “unwarranted” and that the SOG investigation is being “manipulated by him to show that Pilot cannot be trusted by the party”. A senior Congress leader tells Outlook that Pilot had, a week ago, informed the party leadership about the “manner in which Gehlot was trying every trick to humiliate him”. Pilot had also informed the leadership that despite being deputy chief minister, he had no power over the state’s bureaucracy and officers close to the CM routinely created roadblocks for any work that he wanted done. The Congress leadership had assured Pilot that his interests will be safeguarded by the party and Gehlot will be reined in. However, Saturday’s press conference signalled to Pilot that Gehlot had missed the memo.

Sources say Pilot has now had a meeting with Congress treasurer and close Sonia-aide Ahmed Patel and is also in constant touch with Venugopal, AICC organisation general secretary and Rajya Sabha M.P from Rajasthan, who is known for his proximity to Rahul Gandhi. Both Patel and Venugopal have told Pilot to “not take any decision in haste” and assured him of a meeting with Sonia Gandhi “at the earliest”. Sources said Patel also cited the example of Scindia’s continuing troubles within the BJP and implored Pilot to “not throw away a long promising career in the Congress for immediate short term gains”.

A Pilot confidante tells Outlook that the deputy CM has informed Patel and Venugopal that his patience is running out with Gehlot and his loyalty to the party “should not be taken for granted”. Sources say Gehlot may be summoned to Delhi, perhaps as early as Monday, and Sonia is likely to sit the two warring leaders together and attempt to broker truce. Gehlot, who has held on to several important portfolios, including finance and home, may be asked to divest some in favour of Pilot and also be told to revamp his cabinet soon to accommodate some Pilot-loyalists. Unlike in M.P where the Congress leadership's decision to let Nath and Scindia sort out their differences cost the party its government, there seems to be some effort by the high command to prevent further escalation of crisis in Rajasthan. Is it already too late to prevent an increasingly uneasy and ambitious Pilot from taking off to the BJP? The answer from the Congress sounds much like a doctor treating a seriously ill patient - "the next 48 hours are critical."