In his study, a Professor traced coronavirus signatures across different species and found that stray dogs -- specifically dog intestines -- may have been the origin of the current SARS-CoV-2 pandemic. 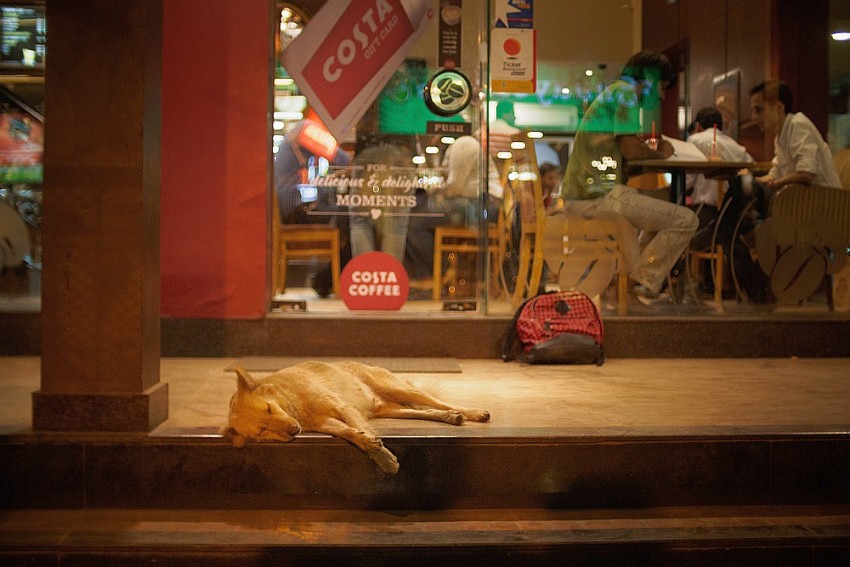 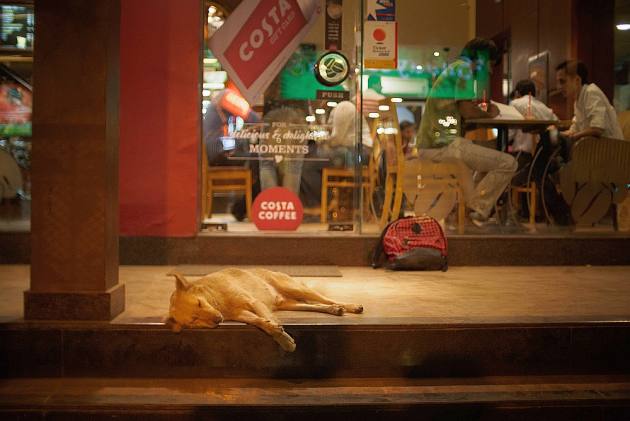 As scientists across the world scramble to identify the source of the novel coronavirus, a new study points to stray dogs as possible intermediary hosts of Covid-19.

The study was conducted by Professor Xuhua Xia, a full-time Professor of Biology at the University of Ottawa, Ontario, and has published two books in bioinformatics and molecular evolution.  In this study, Professor Xia traced coronavirus signatures across different species and found that stray dogs -- specifically dog intestines -- may have been the origin of the current SARS-CoV-2 pandemic.

The study appeared in the current edition of the journal “Molecular Biology and Evolution”, a scientific journal published by Oxford University Press. The journal shared the research paper with Outlook.

The study comes at a significant time as scientists have been looking for an intermediate animal host between bats, which are known to harbor many coronaviruses, and the first introduction of SARS-CoV-2 into humans. Xia has long studied the molecular signatures of viruses in different hosts.

Though many animals, beginning with snakes and most recently pangolins, have been put forth as the likely intermediate host, the study found that the viruses isolated from them are too divergent from SARS-CoV-2, suggesting a common ancestor too far back in time.

"Our observations have allowed the formation of a new hypothesis for the origin and initial transmission of SARS-CoV-2," said Xia. "The ancestor of SARS-CoV-2 and its nearest relative, a bat coronavirus, infected the intestine of canids, most likely resulting in a rapid evolution of the virus in canids and its jump into humans. This suggests the importance of monitoring SARS-like coronaviruses in feral dogs in the fight against SARS-CoV-2," he said.

When viruses invade a host, their genomes often bear the battle scars from fighting off and evading the host's immune system through changes and adaptations found within their genomes.

Humans and mammals have a key antiviral sentinel protein, ZAP, which can stop a virus in its tracks by preventing its multiplication in the host and degrading its genome. The viral target is a pair of chemical letters, CpG dinucleotides, present within its RNA genome. CpG dinucleotides acts as a signpost that a person's immune system uses to seek and destroy a virus.

However, it has been shown that viruses can punch back. Single-stranded coronaviruses, like SARS-CoV, can avoid ZAP by reducing these CpG signposts, thus rendering ZAP powerless.

To perform the study, Xia examined 1252 full-length beta coronavirus genomes deposited into GenBank till date. Xia found that SARS-CoV-2 and its most closely related known relative, a bat coronavirus (BatCoV RaTG13), have the lowest amount of CpG among its close coronavirus relatives.

"The most striking pattern is an isolated but dramatic downward shift in viral genomic CpG in the lineage leading to BatCoV RaTG13, which was reported to be sampled from a bat (Rhinolophus affinis) in Yunnan Province in 2013, but sequenced by Wuhan Institute of Virology after the outbreak of SARS-CoV-2 infection in late 2019," said Xia.

"First, the virus likely evolved in a tissue with high ZAP expression, which favors viral genomes with a low CpG. Second, and more importantly, survival of the virus indicates that it has successfully evaded ZAP-mediated antiviral defense. In other words, the virus has become stealthy and dangerous to humans."

When he examined the data in dogs, he found that only genomes from canine coronaviruses (CCoVs), which had caused a highly contagious intestinal disease worldwide in dogs, have genomic CpG values similar to those observed in SARS-CoV-2 and BatCoV RaTG13. Second, canids, like camels, also have coronaviruses infecting their digestive system with CpG lower than those infecting their respiratory system (canine respiratory coronavirus or CRCoV belonging to BetaCoV).

In addition, the known cellular receptor for SARS-CoV-2’s entry into the cell is ACE2 (angiotensin I converting enzyme 2). In the human body, the maximum amount of ACE2 is made in the small intestine and duodenum, with relatively low expression in the lung. This suggests that mammalian digestive systems are likely to be a key target infected by coronaviruses.

Humans are the only other host species, Xia observed, to produce coronavirus genomes with low genomic CpG values. In a comprehensive study of the first 12 COVID-19 patients in the US, one patient reported diarrhea as the initial symptom, before developing fever and cough, and stool samples from 7 out of 10 patients tested positive for SARS-CoV-2, including 3 patients with diarrhea.

"In this context, it is significant that the bat coronavirus (BatCoV RaTG13), as documented in its genomic sequence in GenBank (MN996532), was isolated from a fecal swab. These observations are consistent with the hypothesis that SARS-CoV-2 has evolved in mammalian intestine or tissues associated with intestine."

Another finding of Xia's study involves viruses recently isolated from pangolins. Nine SARS-CoV-2-like genomes have recently been isolated and sequenced from pangolin and deposited in GISAID database "The one with the highest sequence coverage (GISAID ID: EPI_ISL_410721) has an ICpG value of 0.3929, close to the extreme low end of the CpG values observed among available SARS-CoV-2 genomes. Thus, SARS-CoV-2, BatCoV RaTG13 and those from pangolin may either have a common ancestor with a low CpG or have convergently evolved low CpG values."

Based on his results, Xia presents a scenario in which the coronavirus first spread from bats to stray dogs while eating bat meat. Next, the presumably strong selection against CpG in the viral RNA genome in canid intestines resulted in rapid evolution of the virus, leading to reduced genomic CpG. Finally, the reduced viral genomic CpG allowed the virus to evade human ZAP-mediated immune response and became a severe human pathogen.

"While the specific origins of SARS-CoV-2 are of vital interest in the current world health crisis, this study more broadly suggests that important evidence of viral evolution can be revealed by consideration of the interaction of host defenses with viral genomes, including selective pressure exerted by host tissues on viral genome composition," said Xia.