The Sri Lankan President is in India on his first overseas tour after being elected. 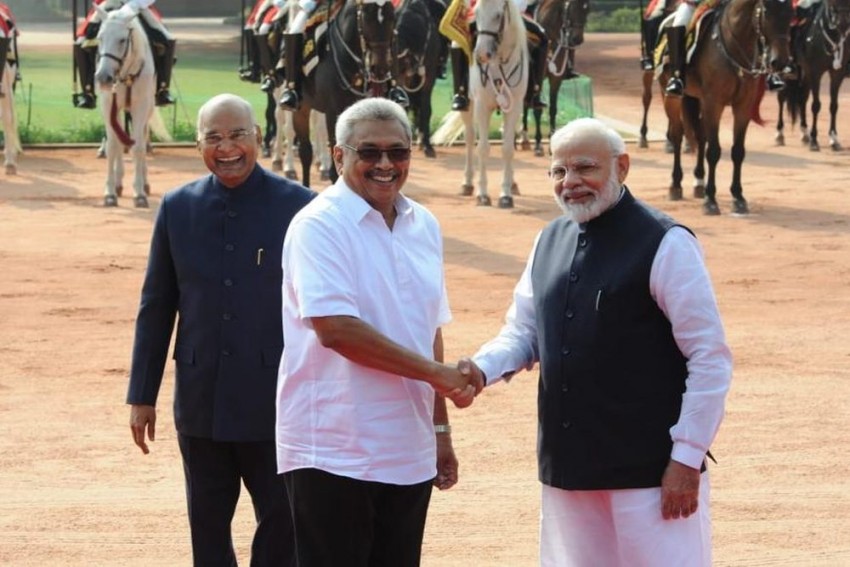 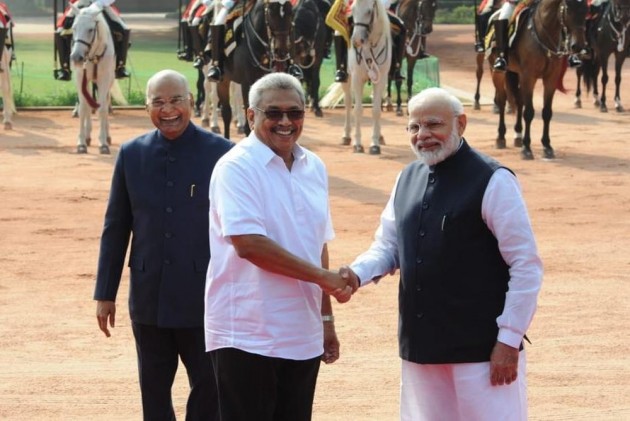 Newly-elected Sri Lankan President Gotabaya Rajapaksa, who is in India on a three-day official visit, met Prime Minister Narendra Modi on Friday and they are expected to discuss strengthening of bilateral ties in key areas.

"I want to bring the relationship between India and Sri Lanka to a very high level," the Sri Lankan President told the media after his ceremonial welcome at the forecourt of Rashtrapati Bhavan in the presence of President Ram Nath Kovind and PM Modi.

"We need to work together on issues related to security and development," he said.

The Sri Lankan leader was given a ceremonial welcome in the morning at the forecourt of the Rashtrapati Bhavan. President Ram Nath Kovind and Prime Minister Narendra Modi were present on the occasion

To begin his first overseas tour after taking reins of Sri Lanka over a week ago, Rajapaksa arrived in the national capital on Thursday.

PM Modi had telephoned Rajapaksa to congratulate him on his electoral win and invited him to visit India as his first official foreign tour.

The Modi-Rajapaksa meeting in New Delhi also holds significance as the two countries' ties became strained during the tenure of Gotabaya's brother Mahinda, who was the then President. Mahinda, who is presently the prime minister of the country, had shown pro-China tendencies, raising India's concerns.

Foreign minister Jaishankar had visited the island nation a day after the new president was sworn-in. He had raised the issue of Tamils living in Sri Lanka when he went to Colombo.

The Ministry of External Affairs (MEA), in a statement, had said that the Indian government is ready to work very closely with the new government in Sri Lanka and expressed hope that it will fulfil the aspirations of the Tamil community living in the island nation.

"We briefly discussed bilateral relationship. The president of Sri Lanka is due in India for a visit, many of our bilateral concerns will be discussed. The relevant points which I would like to make for the consideration of the House is that the president assured us that he is the president of all Sri Lankans," the minister said on Thursday.

"So I think we need to a look at that assurance and obviously, whatever discussion will happen during his visit will demonstrate where that assurance holds," he added.