To be built in the ‘Nagara’ style of temple architecture – one of three styles used for temple construction in the country – the Ram Mandir with three-storeys will be 161 feet tall. The proposed design for the Ram Temple in Ayodhya.
Bhavna Vij-Aurora 2020-08-04T15:39:15+05:30 The Man Who Measured Land With His Feet Awaits Construction Of Ram Mandir In Ayodhya He Designed Driving down to Ayodhya to be a part of the historic ‘bhoomi poojan’ ceremony for Ram Temple on August 5, Ashish Sompura is elated. His father Chandrakant Sompura, now 78, had designed the Ram Mandir in 1989 at the request of the then Vishwa Hindu Parishad (VHP) chief, late Ashok Singhal.

“My father is not going for the ‘bhoomi poojan’ due to the threat of Covid-19. But I am going to be there as the foundation stone of the grandest temple in the world will be laid by Prime Minister Narendra Modi. It is a proud moment for me and for our family that the most controversial temple ever to be built has been designed by my father,” Ashish Sompura tells Outlook on the eve of the ceremony.

Ashish (49) and his brother Nikhil (55) have taken over the day-to-day work involved in the temple construction, including attending the meetings of the Shri Ram Janmabhoomi Teertha Kshetra Trust. Their father guides them from home.

Chandrakant Sompura is the 15th generation of the Ahmedabad-based family that has been into temple architecture, having constructed over 200 temples in India and abroad. His grandfather P.O. Sompura had designed the Somnath temple in 1949. The family has a long list of temples to its credit including Akshardham in Gujarat, Swaminarayan mandir in Mumbai and Birla Mandir in Calcutta. 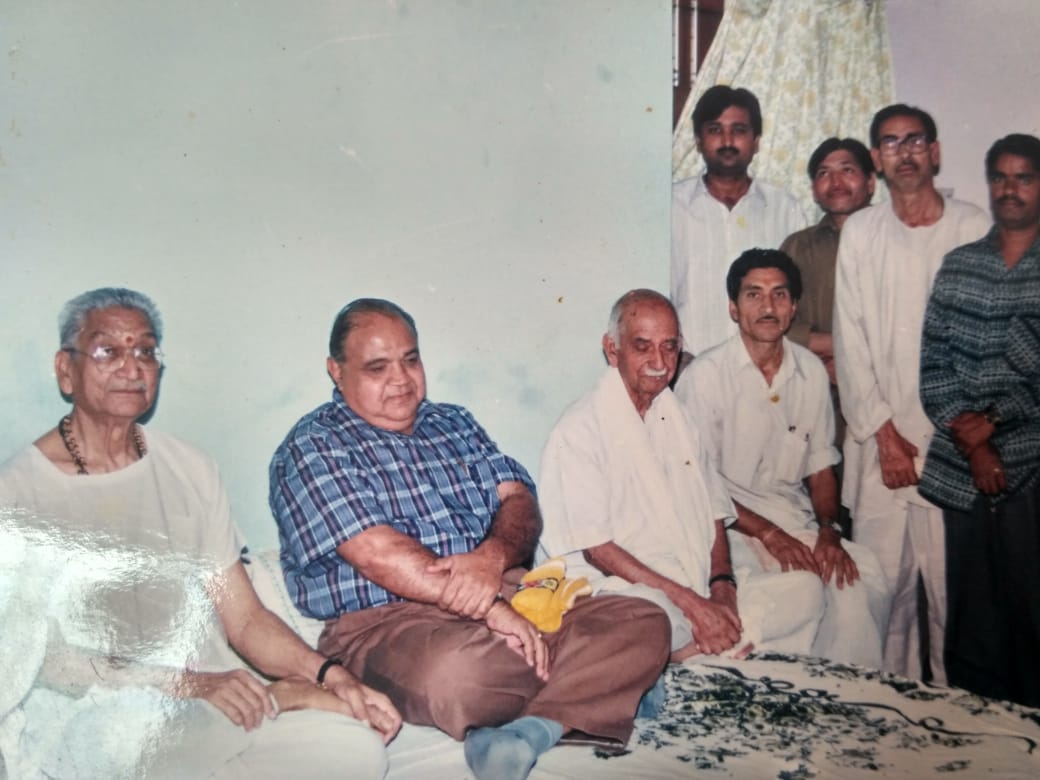 Chandrakant Sompura says that he was contacted by the late VHP chief through the Birla family, for whom they had already designed the Birla Mandir in Calcutta. “We met and discussed the construction of the temple and had to go to Ayodhya to recce the land. With so much security present, I had to disguise myself as a devotee and measure the area with footsteps to make the masterplan,” Sompura senior recalls. His design was later approved by the sants and gurus during the Allahabad Kumbh in the early 1990s. He is happy that the Trust has decided to retain his plan.

However, the Sompuras have upgraded the original plan in keeping with the scale of the project. They submitted a new plan last month, almost double the size of the original one. “Initially, it was designed as any ancient temple but in view of the prolonged legal battle that preceded the permission to construct, we decided it had to be much grander,” says Ashish.

To be built in the ‘Nagara’ style of temple architecture – one of three styles used for temple construction in the country – the Ram Mandir with three-storeys will be 161 feet tall. As per the upgraded plan, it will have five domed mandaps, and one shikhar, all adhering to the principles of Vastu Shastra.

“The construction will begin in full swing immediately after the ‘bhoomi poojan’. The men of Larsen and Toubro are already there, waiting. The construction of the temple has to be completed within three to three-and-half years,” Ashish Sompura adds.