Home  »  Website  »  National  » Interviews  »  Many Top JD (U) Leaders Were Apprehensive About Alliance With BJP In 2017: Pavan Varma
Exclusive Interview

Pavan K Varma, National General Secretary of the JD(U), tells Outlook in an exclusive interview that before extending alliance with BJP beyond Bihar, the party needs to have an ideological clarity. 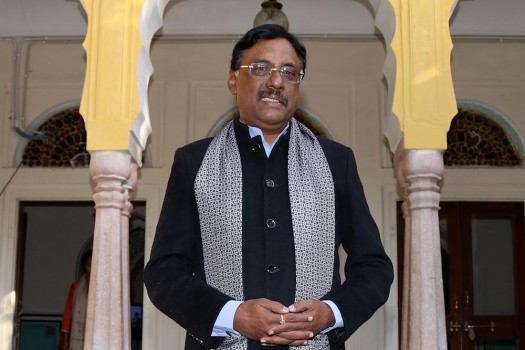 A day after going public with a letter to Bihar Chief Minister and Janata Dal (United) leader, Nitish Kumar, over party’s alliance with BJP in Delhi, senior party leader Pavan Varma says that he will decide future course of action soon. Speaking to Outlook, Verma said that when JD(U) joined hands with BJP in 2017, there were apprehensions in the highest echelons of the party.

Q) You were in Patna on Tuesday. Was there any communication from Nitish Kumar after your letter?

I am yet to receive any response from Mr Kumar.

Q) The JD (U)’s official reaction was that you voiced your personal opinion and there is nothing more to it. How do you react to that?

Of course, it's a personal opinion. I have the right as a functionary of the party to put forward an opinion to my national president. That is what I have done.  I said the party needs greater ideological clarity -- in terms of what direction it’s heading to, further expansion of alliance with BJP beyond Bihar.

That is the essence and gist of what I have said. And I have also given the reasons for the party to pause and clarify its ideological clarity on issues on an ad hoc basis.

Q) What are your reasons to go public with a letter?

Even the Akali Dal, which is a long-standing ally of the BJP, has taken an ideological position because of its differences with CAA.  They have decided not to ally with the BJP. So parties need to have ideological clarity.

Q) You also said in the letter that Nitish Kumar had apprehensions about BJP leading the country into a ‘dangerous space’. What was the context of such a revelation?

It was not my intention to reveal private conversations. If I begin to do it, I will have to write very long letters.  The idea was to say that even after 2017, when we joined hands with BJP, there were apprehensions in the highest echelons of the party on both the approach of its top leadership and the direction the party was taking in many areas. Now, these concerns will not be brushed under the carpet. So if you are saying there will be no NRC and the BJP is saying there will be an NRC, obviously there are differences. The parties have to come together, take stock of the situation, and come out with a definitive worldview before deciding on expanding an alliance beyond Bihar.

Q)  Are you concerned about JD (U) getting into an alliance with BJP in Delhi or its ideological position on CAA, NRC and NPR?

I have said that before extending this alliance outside Bihar, the party needs to have a very clear view. For instance, in the backdrop of the widespread and pan-Indian agitations against the CAA and the NRC, what is the party's position? It supported the CAA, but it said that there will be no NRC, and that we can have further talks on NPR.

Subsequently on CAA, which the party supported in the Parliament, Mr Kumar said that if "you want we can have a discussion". It’s a lack of ideological clarity.

Now, if you said no to NRC, to what extent can you support the CAA? Amit Shah has spelt it out repeatedly that it’s a combination of CAA and NRC. What is your position? Parties cannot have permanently undefined ideological position on matters which are so pivotal.

Mr Kumar takes pride in the fact that his politics is based on his ideology and his icons have been Gandhi, Jayaprakash Narayan, Ram Manohar Lohia who were ideologues in many ways.

Q) Your and senior leader Prashant Kishor are missing from star campaigner list of Delhi election. Is it a clear message from Mr Kumar that the rebellion is not accepted?

I don't think there’s any message to it. Since we are not convinced about the alliance itself, how could we be part of star campaigners? And in any case, these are decisions which the party president takes. I have no problem with it. These are technicalities.

Q) Is this one of the reasons you went public with a letter?

No. In fact, I wrote publicly to him because he hadn’t made a statement on the CAA and the NRC scheme taken together. In the Assembly, he had said further discussion will be held on CAA, but Deputy CM Sushil Modi unilaterally announced dates for NPR process.

Q) There are many dissenting voices in JD (U) regarding party’s stand on CAA and NRC. Will more follow suit?

I know that there are misgivings in the party. Former MP and current MLC, Gulam Rasool Balyawi,  has written an open letter to Mr Kumar saying there should be rethinking within the party on support to the CAA-NRC scheme. There are many dissenting voices including another national general secretary.

The main point is that decisions to expand an alliance further should be taken in the best interests of the party, and also taking into account the overall situation in the country.

Q) But the Union Home Minister has categorically said that there are no plans to withdraw CAA.

I don’t consider Mr Shah as a great democrat. So for him, it is my way or the highway, and he has decided that CAA and NRC will be implemented.  Whatever the Prime Minister says about the NRC, Mr Shah has said it more than nine times hyphenating CAA-NRC. He will proceed with it, despite there is another point of view in the country.  I think the wiser school system for all governments to take into account is public opinion and to establish a dialogue.

Q) What is your plan of action now? If you don’t get a positive response from Mr Kumar, will you quit the party?

I have just sent a letter yesterday. I will decide on my next steps after I receive a response not only to this letter, but to my earlier letter as well.