Dr Reddy's soft launched the vaccine in India in May 2021, after receiving Emergency Use Authorization (EUA) in April 2021. 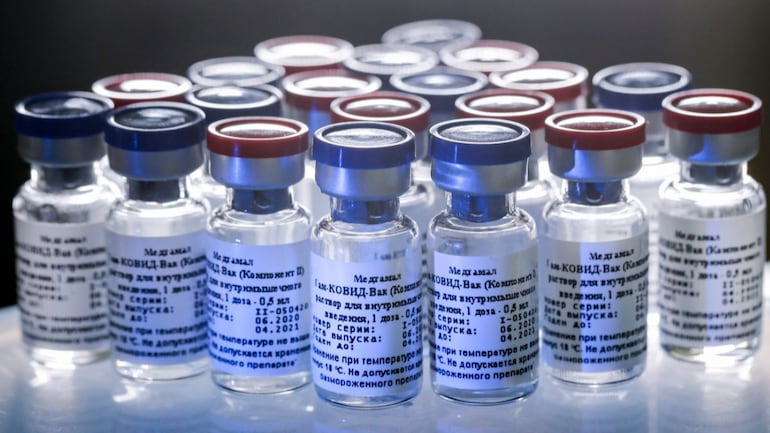 The Hyderabad-based drug firm partnered with Russian Direct Investment Fund (RDIF) in September 2020 in order to conduct the clinical trials followed by distribution of  Sputnik V in India. Finally, the company soft launched the vaccine in India in May 2021, after receiving Emergency Use Authorization (EUA) in April 2021.

Dr Reddy's is in a pact with RDIF to sell 250 million vials of Sputnik V in India.

The comapny  has already stated that the locally manufactured Sputnik V will be available from September-October period.

"Held a meeting with Dr Satish Reddy, Chairman of Dr Reddy's Lab. Had a discussion on the production of the Sputnik V #COVID19 vaccine and its supply," Mandaviya tweeted.

RDIF has tied up with six Indian drug makers, including Dr Reddy's, to manufacture Sputnik V.

The first consignment of imported doses of Sputnik V landed in India on May 1, and received regulatory clearance from the Central Drugs Laboratory, Kasauli, on May 13.

Sputnik V uses two different vectors for the two shots in a course of vaccination. Its efficacy was determined to be 91.6 per cent as per an article published in the medical journal Lancet.