Mamata has a point when she says that her former lieutenant Mukul Roy and Assam’s former Congress leader Himanta Biswa Sarma have been let off in the Saradha case after both joined BJP. 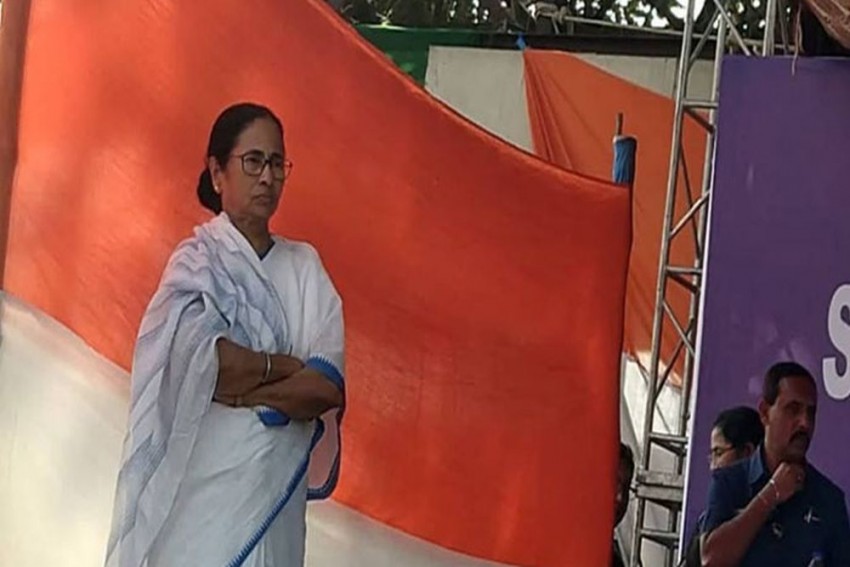 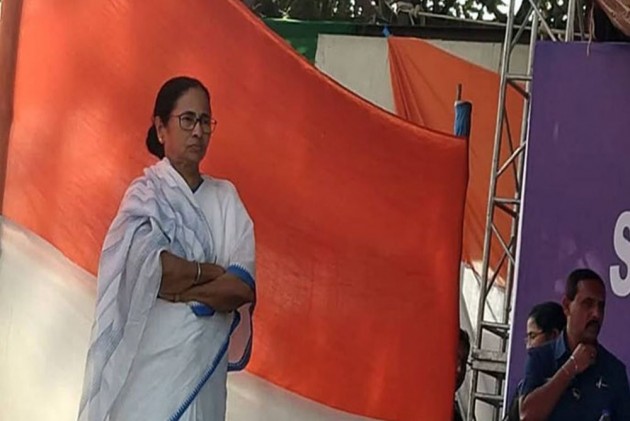 West Bengal Chief Minister Mamata Banerjee depends on her instinct, limitless aggression and sense of timing to play the game of politics, coming closer to Sourav Ganguly’s batting that relied less on technique and more on eyesight and timing.

Her unprecedented decision to sit on ‘indefinite satyagraha’ to oppose the CBI’s attempt to question Kolkata police commissioner Rajeev Kumar was influenced by three clear calculations  and those who know her closely were not the least surprised by her confrontationist gestures that may be unbecoming of a Chief Minister but straight out of the grammar of agitprop politics that Bengal and Mamata are associated with.

One, the Saradha ponzi scam is a skeleton in Mamata's cupboard that she is clearly uncomfortable with and the CBI’s fresh initiative in the case have to be opposed and, if possible, nipped in the bud by fiery agitprop methods. The scam has dodged her since it erupted in 2012 and could cost her dearly – in terms of pro-poor image and political support -- if the CBI inquiry could establish beyond doubt a direct linkage between the Saradha chit fund management and her party and government. Mamata’s rushing to Kumar’s residence and then for a sit-in satyagraha on the Metro Channel opposite the Shahid Minar ( Martyrs Column), which is historically important for Bengal, clearly demonstrated the high stakes she and her party have in the Saradha case. It is natural for Mamata to fight back and not take the attack lying down, because this involves defending her turf, increasingly unsettled by the BJP inroads in her state and some signs of Marxist rejuvenation ( if the Sunday Brigade rally by the Left parties was anything to go by).

Two, Mamata’s agitprop theatrics are clearly designed to project her as Modi and BJP’s enemy number one and thus by default the focal point of Opposition unity efforts. If her grand rally that brought most top Opposition figures to Calcutta’s Brigade Parade grounds last month, the satyagraha to 'save democracy from Modi’s super-Emergency' is meant to galvanise the Opposition into an anti-BJP formation with the spotlight firmly on Mamata and not on Rahul Gandhi. Thus Mamata calls up Akhilesh Yadav and not Mayawati after the confrontation starts even as Arvind Kejriwal calls to express solidarity. With her not-so-subtly stated Prime Ministerial ambitions, it is natural that she would not miss any opportunity of high voltage confrontation with Modi and the BJP not just to project herself as the obvious leader of the pack but also to keep Modi (and the CBI) off her back.

Three, the local police is key to Mamata’s political grip in West Bengal. Mamata’s money power pales into the shadows before the BJP’s unfathomable war chest but it is considerable for a state supremo. The Opposition from the BJP to the Marxists and Congress all accuse Mamata of using muscle power to maintain her dominance. Local sources of funding and control over lumpen elements who provide the money and muscle to regional satraps like Mamata are dependent on their control of the police. Because both the lumpens and the shadowy sources of funding gravitate towards political parties who can guarantee police protection. West Bengal Chief Minister did score a huge point in securing the continued loyalty of the city and state police when she rushed to the defence of her Kolkata police commissioner who the CBI sources blame for ‘destroying evidence’ in the Saradha case owing to his position as head of the Special Investigating Team (SIT) in the ponzi scam. The logic is clear – if men in uniform have relentlessly backed Mamata in her pursuit of political dominance, it was her turn to jump to their defence. The close bonding between the state police and Mamata was evident when not only Kumar but also Surajit Purkayastha (former Calcutta and West Bengal police chief and now her security advisor) were found joining the Chief Minister during the dharna.

Mamata has a point when she says that her former lieutenant Mukul Roy and Assam’s former Congress leader Himanta Biswa Sarma have been let off in the Saradha case after both joined the BJP. The CBI has not covered itself with glory in the Modi era during the confrontation between officers close to former chief Alok Verma and those against him. But the latest confrontation between the Kolkata police and the CBI over the latter’s attempt to question the police commissioner represents a serious crisis of Indian federalism in an era marked by a strong central government ( with the first clear majority since 1984) with a prime minister determined to neutralise all Opposition and stamp his authority everywhere but where one also has powerful regional satraps like Mamata determined to defend their turf and make a mark in national politics. The system clearly is inadequate to handle this crisis of conflicting perspectives and personalities that marks contemporary Indian politics.

(Subir Bhaumik is a veteran journalist.)