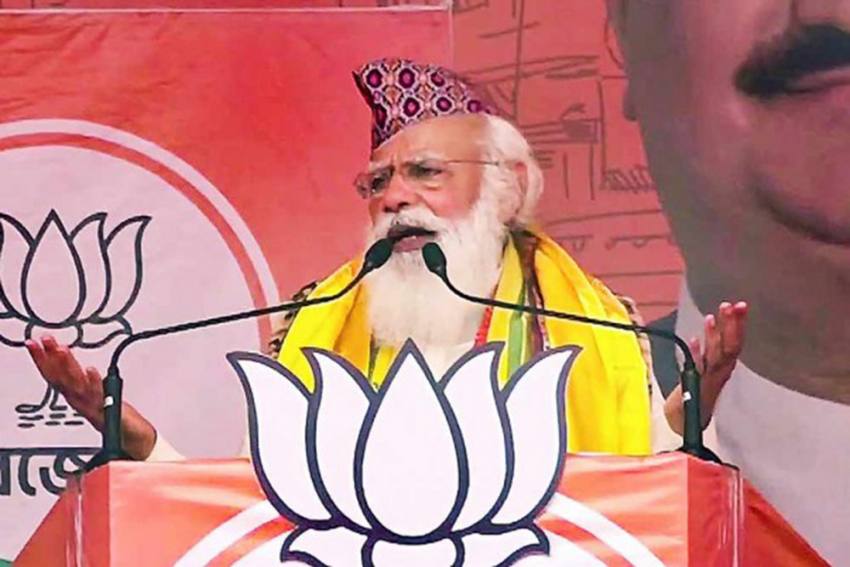 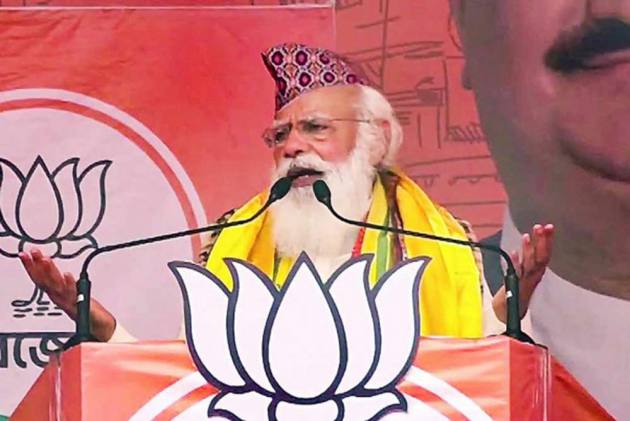 Exuding confidence of emerging victorious in the West Bengal Assembly elections, Prime Minister Narendra Modi on Monday said that the people of Bengal have hit so many fours and sixes, that the BJP has already scored a century.

Modi made the comments while addressing an election rally in Bardhaman.

The West Bengal Assembly elections are being held in eight phases. The first phase of polling took place on March 27. So far, four phases of polling have been completed, with violence marring the fourth phase.

Hitting out at the West Bengal Chief Minister, Modi said that, “Mamata has been clean-bowled in Nandigram and the people of Bengal have asked didi’s entire team to leave the field.”

Speaking at a massive rally in Bardhaman. https://t.co/PF05LCuYww

Comparing the Left and the Congress with the TMC, Modi further said that the latter will soon be “ousted” from Bengal just like the other two parties.

He also accused Banerjee of instigating people against security personnel deployed in the state for the elections, in an apparent reference to Banerjee’s comments accusing CISF personnel of carrying out a “genocide”.

Modi further alleged that the TMC chief did not care to express regret after a "leader very close to her" called Scheduled Castes as "beggars".

"Didi calls herself a Royal Bengal Tiger. You tell me is it possible for someone to say such things without her permission? Such comments hurt the soul of Babasaheb Bhimrao Ambedkar. You have committed the biggest mistake, the biggest sin by insulting Dalits, Didi," Modi said.