Sharad Pawar and Sonia Gandhi are likely to discuss government formation in Maharashtra on Monday. 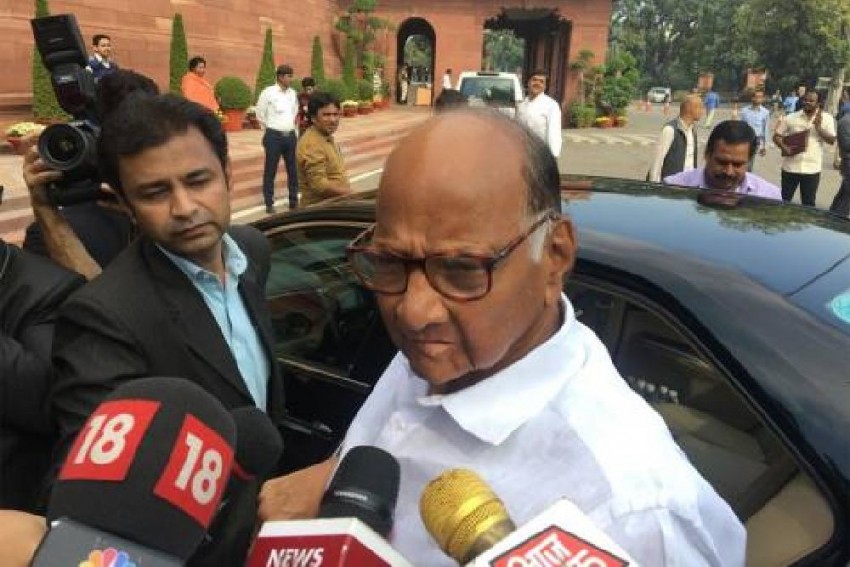 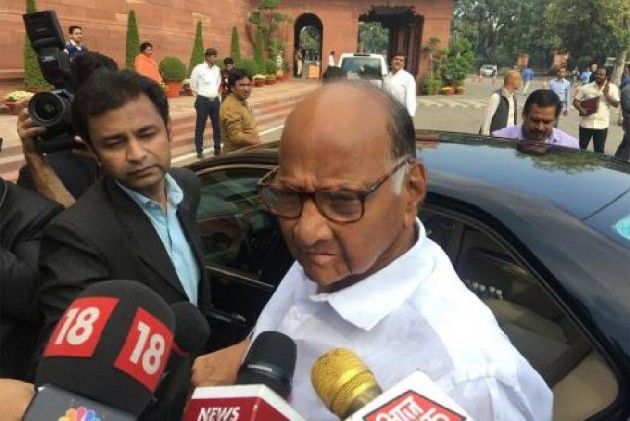 Ahead of Nationalist Congress Party (NCP) supremo Sharad Pawar's meeting with Congress interim chief Sonia Gandhi, the former on Monday took everyone by surprise when he said the BJP and Shiv Sena fought together and they have to choose their paths.

In what may seem a U-turn in Sharad Pawar's stance, given his party's meetings with Shiv Sena over government formation, the remarks have given a new twist to the political crisis that Maharashtra is undergoing,

Speaking to media in Parliament, Pawar said, "BJP-Shiv Sena fought together, we (NCP) and Congress fought together in the elections. They have to choose their path and we will do our politics."

He, however, also said that he will meet Sonia Gandhi later in the day at her residence.

According to Congress sources, in the meeting, the heads of the two alliance parties are likely to discuss the next course of action, in politically fractured Maharashtra where President's rule was imposed last Tuesday and a possible alliance with the ideologically opposite Shiv Sena.

Party sources said pre-poll alliance partners -- Congress and NCP -- are working on the common minimum programme (CMP) with the Shiv Sena for the government formation.

Congress sources said that before saying yes to the alliance, the party wants the Shiv Sena to shed its hard Hindutva ideology and take a secular stand on several issues.

He also said the NCP wants the Congress to be part of the government.

On the other hand, the Congress and the NCP won 44 and 54 seats, respectively in the state.