While the Sena has demanded the CM post to be shared between the two parties under a 50:50 power-sharing formula, the BJP has so far refused to agree to it. 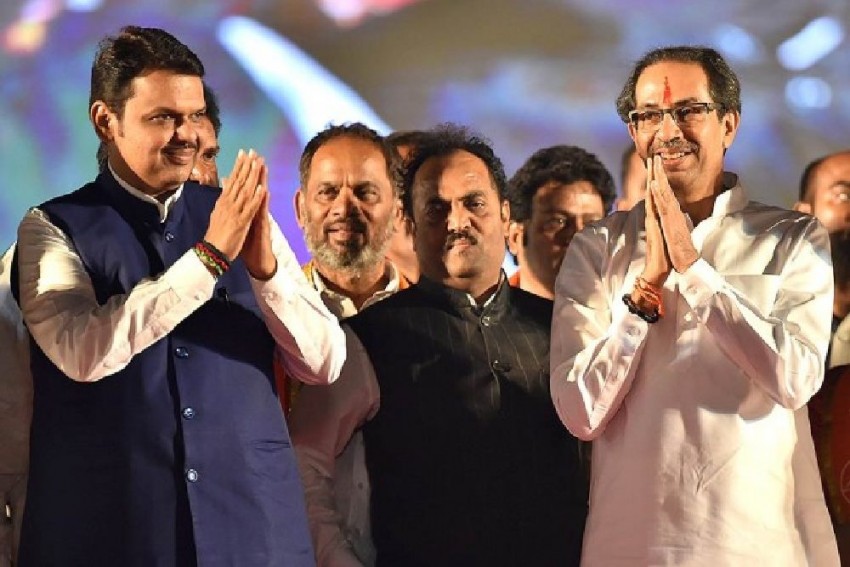 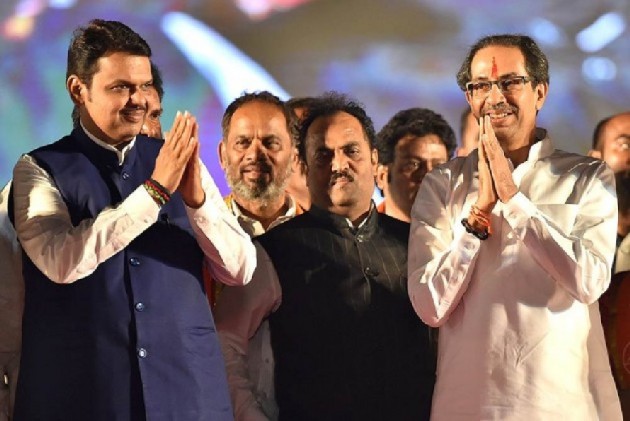 It's been 14 days since the BJP and Shiv Sena gained a clear majority in the Maharashtra elections, but the two Hindutva heavyweights are nowhere close to reaching a consensus over the government formation. While the Sena continues to stick to its 50:50 demand, which entails sharing the CM post, the saffron party has outrightly rejected the proposal, saying there can be no compromise on the top post.

Following at least two meetings between NCP chief Sharad Pawar and Sena leader Sanjay Raut, speculation was rife that the two Maratha parties could spring a surprise and form the government. The NCP patriarch has, however, rejected any such possibility, saying his party had been handed the mandate to sit in the Opposition.

16:10 pm: Maharashtra Advocate General, Ashutosh Kumbhakoni has reached Raj Bhavan to meet Governor, Bhagat Singh Koshyari. They are expected to discuss the future steps as uncertainty hangs over the formation of the government. Term of the current Maharashtra Assembly ends on November 8.

15:30 pm: Sena leader Sanjay Raut said, "We do have alternatives. If BJP has the numbers, they can go prove majority and form government."

He repeated that the chief minister will be from Shiv Sena and they will make it happen within the ambit of the Constitution.

15:20 pm: "Sena is exploring ways to make the alliance (with BJP) work," said Shiv Sena leader Sanjay Raut. He added that his party MLAs have said they will follow whatever decision is taken by party chief Uddhav Thackeray.

Referring to Devendra Fadnavis earlier being called a 'Shiv Sainik', Raut said, "If you speak about being a Shiv Sainik, act like one and keep your word. A Shiv Sainik always walks the path of truth and does not commit any wrong, these are the teachings of Balasaheb Thackeray."

14:45 pm: Congress has criticised the Shiv Sena's move to lodge its MLAs in a hotel for two days saying the Uddhav Thackeray-led party was scared the BJP would poach its lawmakers.

"Shivsena is an alliance partner of BJP and part of Mahayuti. If it feels scared that BJP will poach their MLAs, then we can very well understand how much BJP is morally corrupt and why we must save Maharashtra from them. Does Mahayuti have moral rights to form govt now?" asked Maharashtra Congress general secretary, Sachin Sawant.

14:40 pm: The BJP  delegation has apprised the Maharashtra governor of the political situation in the state.

Maharashtra BJP President, Chandrakant Patil said, "People of Maharashtra have given a mandate to 'Mahayuti' (alliance). There is a delay in government formation. Today, we met the Governor to discuss the legal options and political situation in the state."

14:30 pm: Despite earlier denial from Shiv Sena that their lawmakers would be moved to a hotel,  the party has decided to lodge the MLAs at a Mumbai hotel for two days after a meeting with party chief Uddhav Thackeray.

Sena leader Gulabrao Patil was quoted by ANI as saying: "We (Shiv Sena MLAs) will be staying at Hotel Rangsharda for the next two days. We will do whatever Uddhav Sahab asks us to do."

14:20 pm: A BJP delegation has reached Raj Bhavan to meet the Maharashtra governor as a standoff continues between the two saffron allies over the chief minister's post.

Earlier a senior BJP leader said the party will not stake claim to form government today.

Congress has also said it will not support Shiv Sena to form the government. Its senior leaders are slated to meet party chief Sonia Gandhi.

13:40 pm: The meeting of all Shiv Sena MLAs with party chief Uddhav Thackeray at 'Matoshree' has ended and the lawmakers have been instructed to stay in Mumbai.

Heavy police security was deployed at 'Matoshree', Thackeray's residence, with the staff of MLAs being asked to stay outside. The MLAs were also not allowed to carry their mobile phones in the meeting.

13:21 pm: The BJP said it will not stake claim on Thursday to form the government.


"We will not stake claim to form government today. We want to have a detailed discussion with the governor on various legal intricacies related to running the current government," Maharashtra minister and senior BJP leader Sudhir Mungantiwar said.

12:45 pm: Shiv Sena leaders are holding a meeting with party chief Uddhav Thackeray at his residence, Matoshree, amid ongoing power tussle with the BJP. The party has earlier denied their lawmakers were being moved to a hotel.

12:32 pm: Union Minister and BJP leader Nitin Gadkari said there was "no question" of him returning to Maharashtra and he will continue to work in Delhi amid speculations about him becoming the next CM.

"There will be a decision soon. The government in Maharashtra should be formed under the leadership of Devendra Fadnavis," he said after his meeting with RSS chief Mohan Bhagwat.

It is "wrong to link RSS" to the formation of Maharashtra government as it played no role in it, he added. "The mandate is for the BJP-Sena alliance," he told the media, adding that BJP was in talks with its warring ally.

12:08 pm:  BJP leader Sudhir Mungantiwar says the party has no plan to form a minority government. "We want to run a strong and stable government; we wish to form the government with Shiv Sena.  Uddhav ji had himself said earlier that Devendra Fadnavis ji is also a Shiv Sainik," He was quoted as saying by ANI.

11:50 am:  Shiv Sena leader Sanjay Raut has dismissed as rumours reports on the MLAs of his party being shifted to a resort.  "There is no need for us to do this, our MLAs are firm in their resolve and committed to the party," he said.

Read here: 'No Talks Between Uddhav Thackeray And RSS Chief Yet': Sanjay Raut On Govt Formation

11:30 am: Union Minister Nitin Gadkari is likely to meet RSS chief Mohan Bhagwat in Nagpur even as Sena leader Sanjay Raut Thursday morning repeated the chief minister will be from his party.  Meanwhile, a BJP delegation is expected to meet the Maharashtra governor.