Sources said since the Congress MLAs are not keen on fresh elections and want to keep the BJP out of power, they favour extending outside support to the Sena. 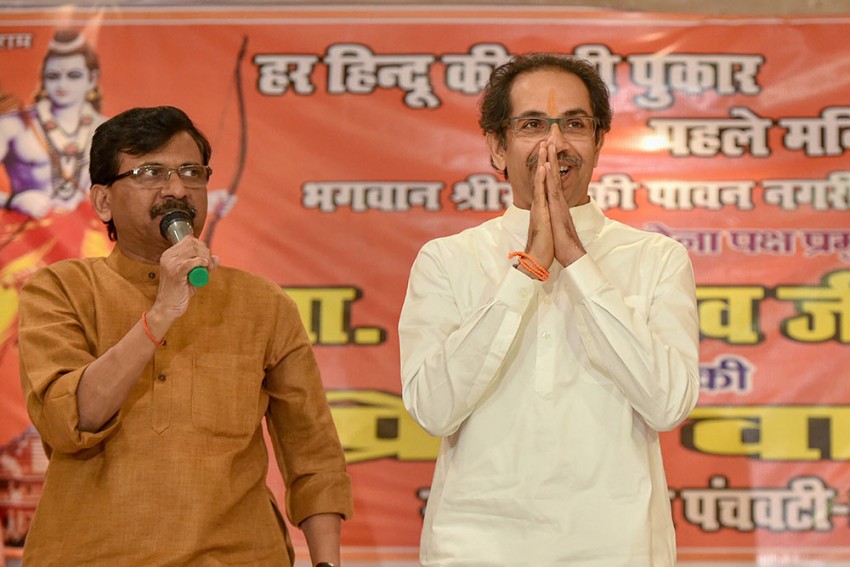 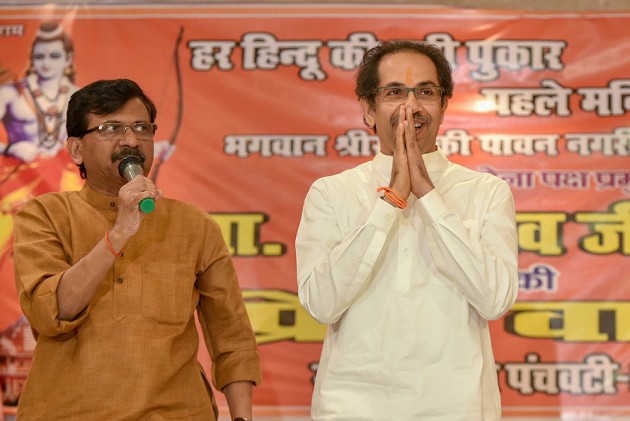 Racing against time, the Shiv Sena on Monday redoubled efforts to cobble together an alliance to form a government in Maharashtra with political adversaries NCP and the Congress, which held intense discussions on the possibility extending support to the right-wing party.

The Sena, the second-largest party in the 288-member House with 56 MLAs after the BJP's 105 members, has time till 7.30 pm to stake a claim on government formation.

As Shiv Sena president Uddhav Thackeray met NCP chief Sharad Pawar at a suburban hotel in Mumbai and the Congress corralled its MLAs in a Jaipur resort, Arvind Sawant, the lone Sena minister in the Union council of ministers submitted his resignation.

Sources said the Sena chief was accompanied by his son Aaditya at the meeting with Pawar.

Amid a flurry of meetings in Mumbai and in New Delhi, Sawant signalled his party's exit from the National Democratic Alliance (NDA) and accused the BJP of reneging on its promise for equal division of seats and power and forcing the Uddhav Thackeray-led party to snap ties.

His resignation came after Pawar said the Shiv Sena will have to first snap ties with the NDA so his party can take a call on supporting the saffron outfit.

He alleged that the BJP was resorting to "lies" by denying the agreement reached between the leaders of the two allies before the assembly elections.

"I have resigned as Union minister. I have sent my resignation to Prime Minister Narendra Modi," Sawant said in the national capital, displaying his letter resigning as Union Heavy Industries minister.

Given the logjam between the BJP and the Shiv Sena, the role of the Congress with its 44 legislators and the Nationalist Congress Party with 54 MLAs is crucial.

The NCP has said it will decide on whether to support a Sena-led government in coordination with ally Congress.

The Congress is expected to take a final call on extending support to the Shiv Sena at a meeting of its top leadership with Maharashtra state leaders at 4 pm.

The senior leadership of the Congress deliberated on the political situation in Maharashtra at a meeting of its working committee.

"We will sit again at 4 pm and will decide on the issue after a meeting with our state leaders," AICC general secretary in-charge of Maharashtra Mallikarjun Kharge said after the CWC meeting.

Also Read: To Support Shiv Sena Or Not, A Hamletian Dilemma For Congress-NCP In Maharashtra

The Congress Working Committee is the highest decision-making body of the party.

Congress legislators held a meeting with senior party leaders on the issue in Jaipur on Sunday and asserted they did not want fresh elections in the state, party insiders said.

Since Congress MLAs are not keen on fresh elections and want to keep the BJP out of power, many favour extending outside support to the Sena, they said.

Kharge said leaders from the state will give their views to the top leadership and the party will decide on its course of action after that.

"We have always maintained distance from the right-wing party which is the Shiv Sena. Their internal differences have precipitated the situation in Maharashtra," senior Congress leader M M Pallam Raju said.

In Mumbai, NCP leader Nawab Malik said the NCP will take any decision in consensus with its ally the Congress in the evening.

He also said communication between the Shiv Sena and the NCP is on.

"It is the responsibility of us all to provide an alternative given the plight of the people and farmers. We are expecting a decision from Congress. If there is a consensus, we will proceed towards government formation," the NCP chief spokesperson said.