Home  »  Website  »  National  » News Analysis  »  To Support Shiv Sena Or Not, A Hamletian Dilemma For Congress-NCP In Maharashtra
Analysis

While the NCP may have little problem in joining hands with the Sena on the pretext of ending political instability in the state, the Congress has to contemplate if its move to support Sena will alienate its core voters, especially the minorities, in the rest of the country. 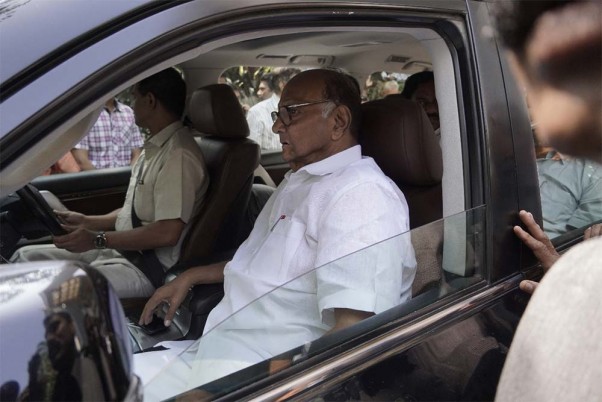 The Shiv Sena may have found itself closer to the chief minister’s chair a day after the BJP declined to stake claim to form the government in Maharashtra on Sunday but its fate hinges entirely on the stand of the Congress-NCP combine which remains caught on the horns of a big dilemma.

Barely a few hours before the 7:30 pm Monday deadline given to the Sena by Governor Bhagat Singh Koshyari to inform Raj Bhawan if it is in a position to form the new government ends, the Congress and its pre-poll ally NCP were still in two minds on whether to extend support to a Shiv Sena government to form the government or let President’s rule be imposed on the state.

The Congress Working Committee meeting held in New Delhi on Monday afternoon could not arrive at any decision and the party has now called senior leaders from Maharashtra to apparently discuss further on the issue at 4:00 p.m. The party has altogether 44 legislators, and a vast majority of them are said to be in favour of supporting the Sena to keep the BJP out of power. Given the party position in the new assembly, it is not possible for the Sena, which has 56 MLAs of its own, to form the government without the support of the Congress. Even if NCP with 54 legislators decides to back the Sena government, they will still require the Congress support to reach the majority figure of 145 in the 288-member House.

That is why NCP has also chosen to withhold announcement of its decision after a meeting of its core committee at the residence of party supremo Sharad Pawar in Mumbai. Even though a majority of the newly elected legislators of both the parties are keen on joining hands with the Sena, considering BJP to be their principal adversary, it is not easy for both the parties because of their long-standing ideological fight against the Sena. Over the decades, the Sena has always followed aggressive Hindutva, a stand vehemently opposed by both the Congress and the NCP at all platforms.

However, more than NCP -- which has its prime stake in Maharashtra - it is the Congress which is facing a Hamletian dilemma. The party has been cautiously weighing the pros and cons of both its options of either supporting the Sena government or not because of its possible ramifications on the national scene. While the predominantly Maharashtra-centric NCP may have little problem in joining hands with the Sena on the pretext of ending political instability in the state and preventing imposition of President’s rule, the Congress has to contemplate if its move to support a party like Shiv Sena will alienate its core voters, especially the minorities, in the rest of the country.

The party, however, is also seized with the fact that the failure of the Sena to form the new government will lead to imposition of the President’s rule, which means the power will remain vested with the NDA government at the Centre till the next elections. The Congress-NCP also have to judge whether another election in less than a year will benefit it more than its rivals given the acrimonious way the BJP and the Shiv Sena fought with each other despite getting a clear majority in the election.

All things considered, it is definitely a tough call to make for the Congress at this juncture. Interestingly, some of the Congress moves in the past to support a regional party in order to keep BJP at bay have not always paid off. In Bihar, for instance, the Congress chose to support the Lalu Prasad Yadav’s RJD in 1990s only to cede its ground in the state in the long run. It ultimately led the BJP to emerge as the principal opposition party in place of the Congress, which could never recover from that mistake.