'Not A Single Leaf Will Be Cut': Uddhav Announces Stay On Aarey Metro Car Shed Project 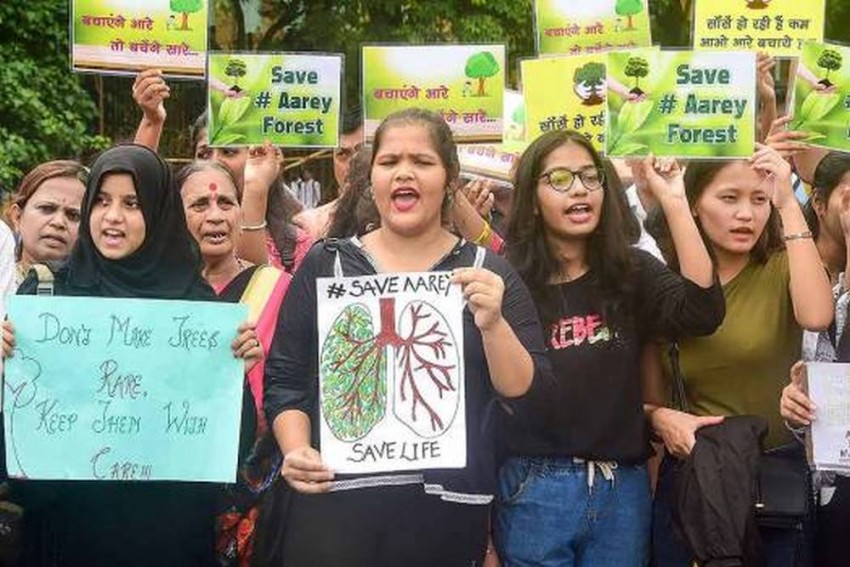 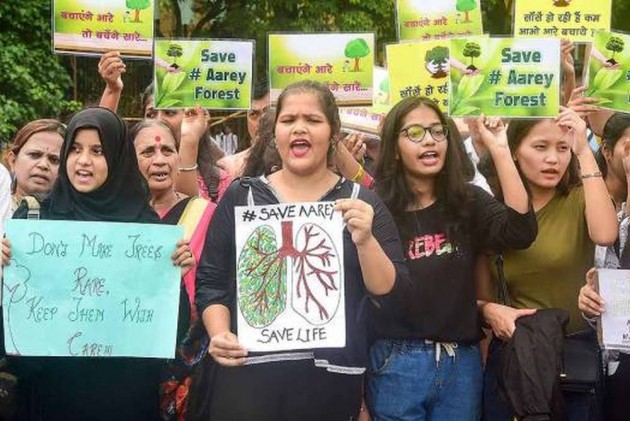 Maharashtra Chief Minister Uddhav Thackeray on Friday announced stay on construction of metro car shed project in the city's green lung Aarey Colony, where protests were held last month against cutting of trees for the work.

Speaking to reporters soon after taking charge as CM in Mantralaya, Thackeray said not a single tree leaf will be cut till further developments.

"I have ordered to stop the work of Aarey metro car shed project today. Metro work will not stop but till next decision, not a single leaf of Aarey will be cut," Uddhav said.

A Supreme Court bench had last month sought a status report with pictures on plantation, transplantation and felling of trees in Aarey colony area.

The Bombay High Court had on October 4 refused to declare Aarey Colony a forest and declined to quash the Mumbai municipal corporation's decision to allow felling of over 2,600 trees in the green zone to set up a metro car shed.

"All the people of Mumbai are happy with this decision. Development works will continue but the harm that was being done to the environment will be stopped," Aaditya Thackeray said.

Addressing his first press conference after becoming Chief Minister, Uddhav said, "I'm in mantralaya (state secretariat) for the first time. I just had a meeting with the secretaries and we introduced each other. I told them to use taxpayers money in the best way, and that it should not be wasted."

"I am the first Chief Minister who was born in Mumbai. It is going on in my mind, what I can do for the city," he added.

The Uddhav Thackeray-led Maha Vikas Aghadi government of the Shiv Sena-NCP-Congress alliance may face a floor test in the Assembly on Saturday, sources said.

The floor test is "most likely" to be held on Saturday, the Vidhan Bhawan sources told PTI.

Governor B K Koshyari has asked Thackeray to prove majority by December 3.

Thackeray, who is also the Shiv Sena president, was sworn-in as the chief minister on Thursday evening and hours later, presided over his government's first cabinet meeting.

Besides Thackeray, six other ministers - two each from the Sena, the Congress and the NCP - also took the oath.

13 Seats In Jharkhand Go To Polls In First Phase Tomorrow, 189 Candidates In Fray