These leaders, along with Jyotiraditya Scindia, met BJP president J P Nadda, who welcomed their decision to join the saffron party. 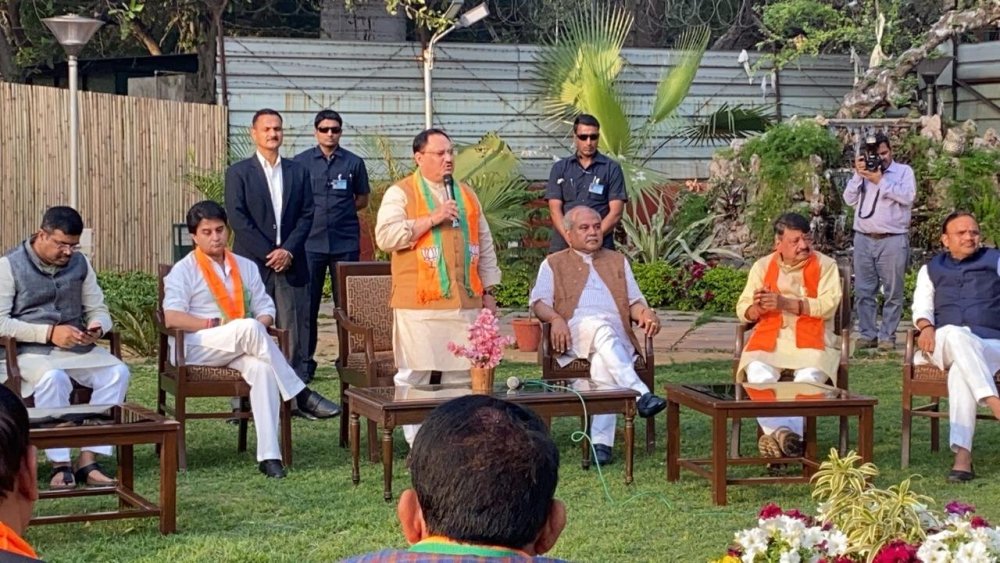 Twenty-two rebel Congress MLAs, whose resignations from the Madhya Pradesh Assembly had led to the fall of the Kamal Nath government, joined the BJP on Saturday, national general secretary of the party Kailash Vijayvargiya said.

These leaders, along with Jyotiraditya Scindia, met BJP president J P Nadda, who welcomed their decision to join the saffron party.

The Bharatiya Janata Party (BJP) is likely to field them in the bypolls necessitated by their resignations.

Former Congress MP Jyotiraditya Scindia, who ended his 18-year-long association with the grand old party, too, had joined the BJP earlier this month. The legislators, loyal to him, followed suit, leading to the fall of the Kamal Nath-led government in the state.

Speaking to the media, Scindia said the MLAs joined the BJP with the blessings of party president JP Nadda. "All will get tickets. He encouraged us and assured that everyone's honour will be maintained," ANI quoted him as saying.

These former MLAs, believed to be Scindia loyalists, met Nadda at his residence. Vijayvargiya was also present there.

The Assembly speaker had accepted the resignations of 16 of these rebel Congress MLAs on Thursday, a day before Chief Minister Kamal Nath chose to resign after it became clear that his government had lost the majority.

The speaker had accepted the resignations of six of them earlier.

Scindia, a former Union minister, quit the Congress and joined the BJP recently.

The saffron party is likely to stake claim to form the government in Madhya Pradesh.

The Election Commission will announce the bypoll dates once the crisis brought in by the coronavirus outbreak is over.