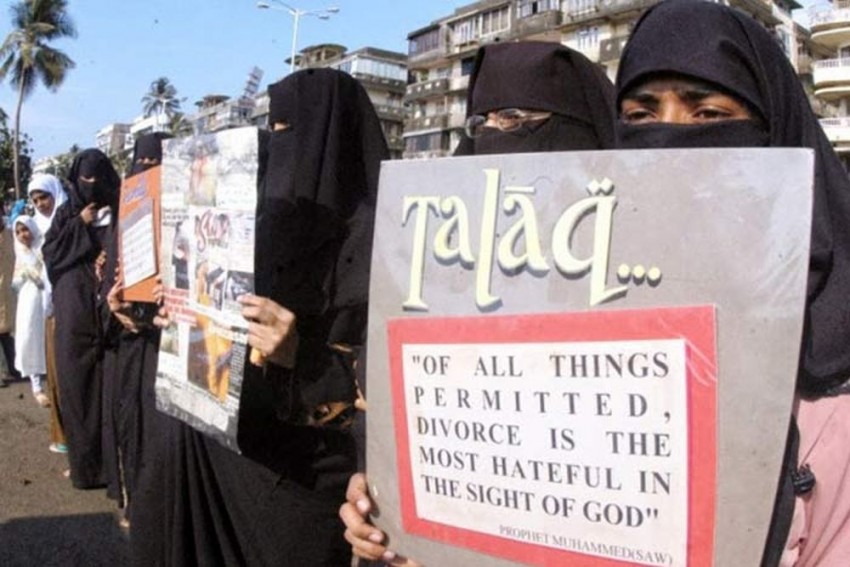 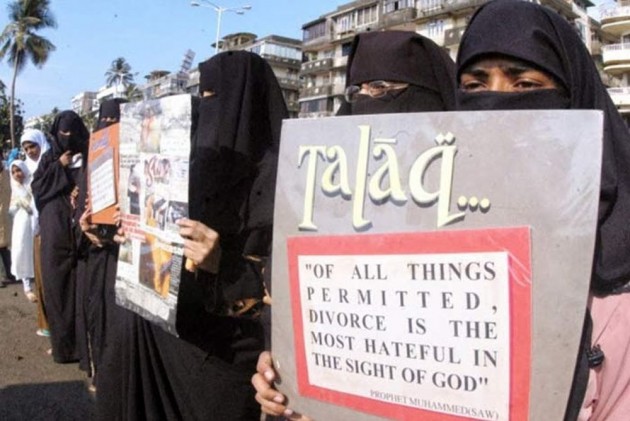 Lok Sabha Thursday passed the bill which criminalises the practice of instant triple talaq,
with the government rejecting the contention that it was aimed at targeting a particular community.

The opposition, which had been demanding that the bill be referred to a 'joint select committee', staged a walkout when its demand was rejected by the government.

The Muslim Women (Protection of Rights on Marriage) Bill 2018 was passed by the Lower House with 245 voting in favour and 11 opposing the legislation.

The bill will now go to Rajya Sabha for approval.

Piloting the bill, Law Minister Ravi Shankar Prasad said that there should be no politics on the bill, stressing that it was not against any particular community.

He regretted that opposition parties were creating hurdles in its passage due to "vote bank politics".

The fresh bill will supersede an earlier bill passed in the Lok Sabha and pending in the Rajya Sabha.

The Bill to make the practice of triple talaq among Muslims a penal offence was introduced in Lok Sabha on December 17 to replace an ordinance issued in September.

Under the proposed law, giving instant triple talaq will be illegal and void, and will attract a jail term of three years for the husband.

In view of the opposition by some parties in the upper house, the government had then cleared some amendments, including introduction of a provision of bail, to make it more
acceptable.

Congress, TMC, AIADMK and RJD staged walkout soon after Prasad concluded his reply. Several amendments moved by opposition were negated by a division that was insisted by
opposition members.

Responding to demand of opposition parties, including the Congress and the Trinamool Congress, that the bill be sent to a select committee for study, Prasad said the government
has already taken note of concerns expressed by members earlier and amended the bill accordingly.

Prasad said the bill has made the offence compoundable, meaning that the case can be withdrawn if the man and his estranged wife reach a compromise, and that only the wife and
her close relatives can file an FIR, ruling out the law's misuse.

He said as many as 477 cases of triple talaq have been reported since January 2017 and cited a case where a professor gave talaq to his wife over Whatsapp.

Whereas another Muslim man gave talaq to his wife for attending the Prime Minister Narendra Modi's rally, the Union Law minister said, urging if the House unitedly can pass a
bill for capital punishment for rape of girls below age of 12 years, then why not this legislation.

Leader of Congress Party in Lok Sabha, Mallikarjun Kharge said that bill was against the spirit of the Constitution and has violated several articles dealing with the rights of individuals.

Congress MP Sushmita Dev said the real purpose of the bill was not to empower Muslim women but to "penalise" Muslim men.

Demanding that the bill be referred to the joint select committee of Parliament, Dev said criminalisation of triple talaq goes against the Supreme Court verdict.

Union minister Smriti Irani said if Parliament can enact laws to ban dowry and the practice of Sati, it can also approve the bill to ban instant triple talaq.

Defending the penal provisions in the bill, Union Minister Mukhtar Abbas Naqvi said it was important to instil fear in the minds of those still practising it and rejected suggestions that it was against any religion.