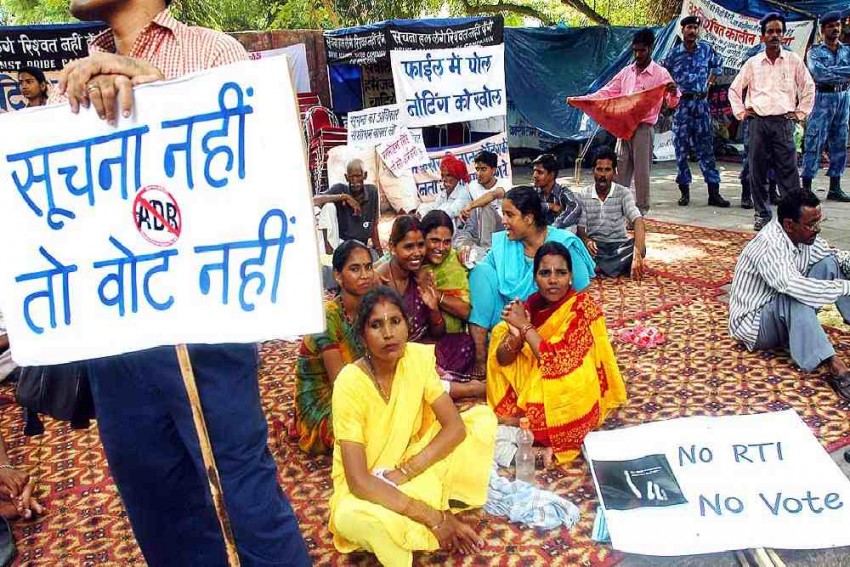 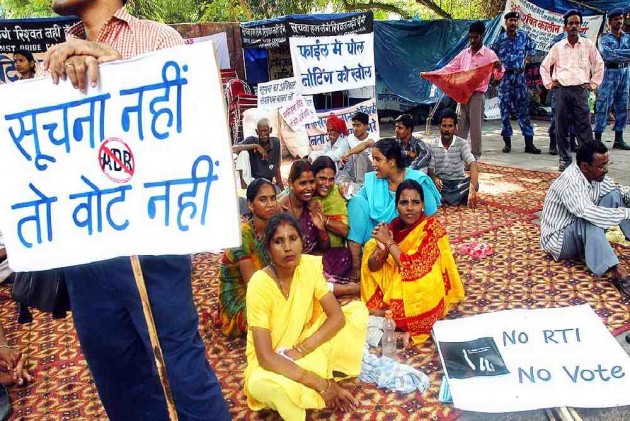 The Right to Information (Amendment) Bill, 2019 was passed after the division of votes with 178 members favouring it and 79 against it.

The Bill amends Sections 13 and 16 of the Right to Information (RTI) Act, 2005. Section 13 had set the term of the central CIC and Information Commissioners at five years, or until the age of 65, whichever was earlier.

The opposition argued that the Bill will take away the independence of RTI authorities- CIC's and the ICs.

Moving the bill, which was tabled in the house on July 19, for passage, Minister of State in the Prime Minister's Office, Jitendra Singh said that the current tenure for both the CIC and ICs is five years but the Bill seeks to remove this provision and give the Central government the power to notify the terms of office.

"The salary for the CIC will be the same as Chief Election Commissioner. But the bill seeks to change this and allows the government to fix the salary," he said.

Initiating the debate, Congress leader Shashi Tharoor strongly objected to the Bill and sought its withdrawal.

Terming the Bill a "deliberate" attempt to "weaken" the RTI framework and erode the independence of the CIC and Information Commissioners, he argued that it was brought to Parliament without any public debate on its contents and that it is a deliberate architectural change to roll back gains of the RTI, restrict its independence, and regressively reinforce power equations.

"Are you bringing this amendment because an Information Commissioner asked the PMO to reveal the PM's educational details? What is the hurry in bulldozing every bill without scrutiny? Why the government delaying constituting the parliamentary standing committees?" he asked.

Speaking in favour of the Bill, BJP's Jagadambika Pal said this is a simple Bill seeking to change the tenure and salary.

Asserting that the role of RTI is not being diluted as opposition claims, he said the government has taken several steps to strengthen RTI including setting up an online portal, fining officials who delay giving details and many more.

"The government included former Congress leader Mallikharjun Kharge as an invitee, even though he was not the Leader of Opposition. This shows the government is transparent in appointing the CIC," he said.

DMK's A. Raja dismissed the government's argument that the CIC cannot be equated with the CEC since the former is a statutory body, while the latter is a constitutional body.

"Today is a dark day for democracy. Democracy is a continuous process, it doesn't end with elections," he said.

Pointing out at how several RTI activists were killed, Roy said it is a lifeline for 40-60 lakh ordinary users.

Biju Janata Dal's Bhartruhari Mahtab said past and present governments have sought amendments to dilute the RTI law. "This attempt is an assault on the idea of federalism."

AIMIM's Asaduddin Owaisi asked why the government would decide the salary of Information Commissioners.