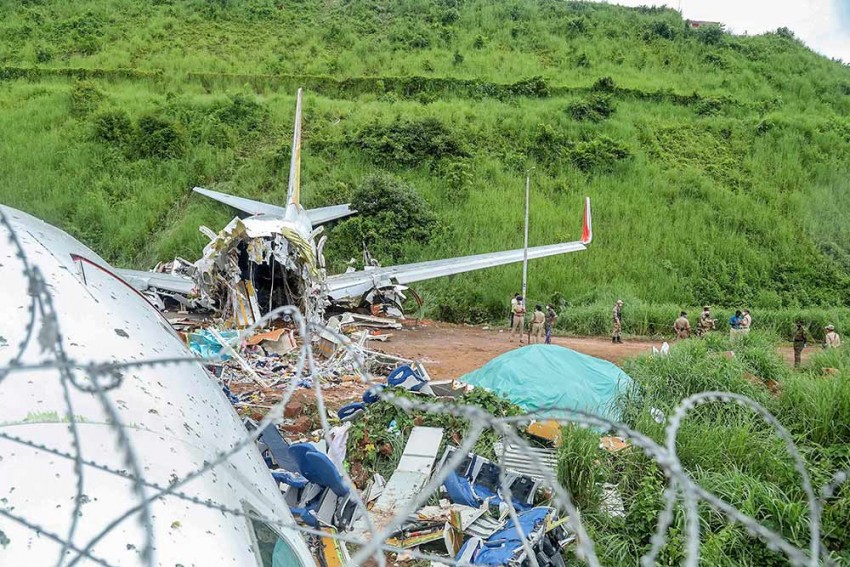 Mangled remains of an Air India Express flight, en route from Dubai, after it skidded off the runway while landing on Friday night, at Karippur in Kozhikode
PTI Photo
Jeevan Prakash Sharma 2020-08-08T22:28:07+05:30 Kerala Plane Crash: Should Tabletop Airports Be Closed During Adverse Weather Conditions? 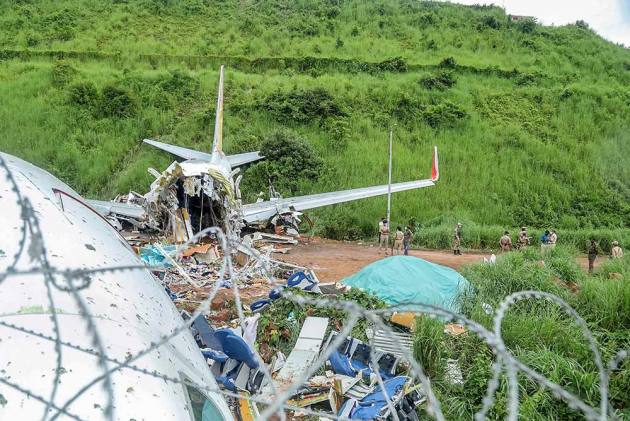 As the investigation into the accident of Air India Express aircraft at Kozhikode airport is underway, air safety experts and pilots are of the view that the government should rethink  allowing the operation of tabletop airports during harsh weather conditions.

Prima facie it looks that air-crash on August 7 evening occurred due to incessant rain and bad weather conditions.

The Air India Express flight from Dubai carrying 190 people skidded off a tabletop runway amid heavy rain, fell down in the valley and broke into two pieces. Eighteen people, including both pilots, were reported to have been killed so far.

Aviation experts say that this brings to light challenges in operating flights on such runaways during extreme weather conditions.

“Rainy condition is bad for landing even at normal and bigger airports like Mumbai where there have been many cases of slipping and drifting of aircraft on the runway during rains. But these remain freak accidents as due to its location and other safety features. But that’s not the case with tabletop airports which have steep gorge at both ends,” an aviation expert said.

Some pilots say that even if there is clear visibility when you are about to touch down, the incessant rain can block your view and it can cause trouble during landing. Besides, they say that due to continous landing rubber deposits happen on the runway, and when it rains it becomes slippery, and hence, the braking action doesn’t happen.

“The government should shut the airport when the weather is bad,” a pilot from a private company says.

He adds that if the airport is operational, the crew has to make an attempt to land. “Sometimes, if I can’t land and move to another airport and the other aircraft lands after I skip, I might be asked how the other guy could do it and you cannot. Often, pilots work under such pressure also,” he said.

India has several hilltop runways where air-operations becomes difficult in bad weather. Some of these airports are at Mangalore, Kozhikode, Lengpui, Leh, Shimla, Shimla, Kullu to name a few.

Some aviation companies have incorporated a policy under which if the pilot fails to land in its first attempt during bad weather, he is asked to move to the nearest airport.

Experts say that instead of leaving it to the company, if the government close down the operation at the airport, the crew will not be under pressure to land.

SS Panesar, a retired pilot and air-safety expert, says, “Pilots are specially trained to land at such airports. All pilots are not allowed. Sometimes senior pilots make it a prestige issue if they fail in first or second attempt due to their experience and seniority. If the government close these airports during adverse weather, such an issue will not arise.”