Though chief minister Pinarayi Vijayan's office contacted the Tamil Nadu CMO on the offer, the neighbouring state informed that 'at present, there is no need for the help', it said. 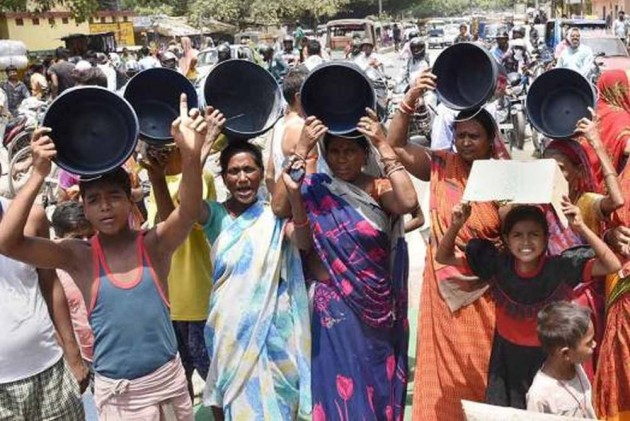 The Kerala government Thursday expressed willingness to provide 20 lakh litres drinking water to Tamil Nadu, which is facing a water crisis, but the latter has declined it, saying there was "no need for the help at present."

"Since the major water bodies of Chennai has been facing acute water shortage, the Kerala government decided to extend a helping hand," a release issued from the Kerala Chief Minister's office said.

Though chief minister Pinarayi Vijayan's office contacted the Tamil Nadu CMO on the offer, the neighbouring state informed that "at present, there is no need for the help, it said.

Kerala was prepared to transport 20 lakh litres of drinking water from Thiruvananthapuram to Chennai through train, the release added.

Tamil Nadu Municipal Administration minister S P Velumani told reporters in Coimbatore in those deficiencies in some groundwater conservation projects were identified at various places, including Chennai, and were being attended to.

He said Tamil Nadu was facing the worst-ever drought. Rains were expected in a few days, he said. As far as Chennai was concerned, he said there was depletion of groundwater as the city had witnessed rains 190 days ago.

Water was being supplied through lorries and borewells are being dug wherever the water problem prevails, he added. The Tamil Nadu government has said it was largely dependent on groundwater to meet requirements till the onset of the northeast monsoon in October.

Chief Minister K Palaniswami has said drought and deficient monsoon had resulted in depletion of groundwater levels, but claimed the issue was not as big as was being made out, especially in the media.