Two security personnel -- a CRPF jawan and a Jammu and Kashmir policeman -- were also injured in the firing by militants. 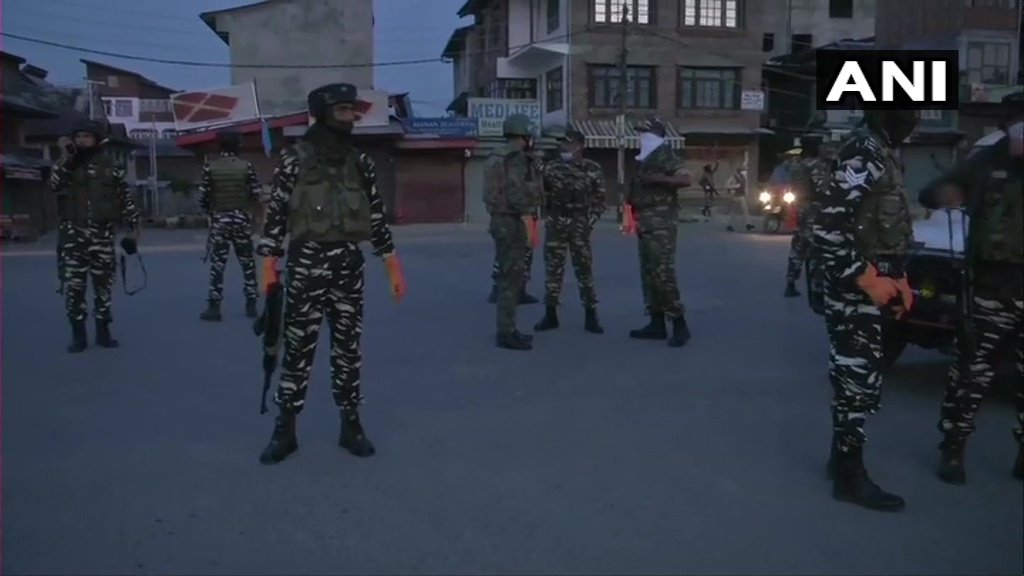 Two militants, including the son of a top Hurriyat Conference leader, were killed, while two security personnel injured during an encounter in Nawakadal area of Srinagar on Tuesday, police said.

The gun battle began after security forces launched a cordon and search operation in the area on Monday night following inputs about the presence of militants.

Hizb Chief Riyaz Naikoo, On The Run For 8 Years, Killed In J-K Encounter

The exchange of fire began around 2 am and there was a lull in firing for about five hours after that. A fresh contact was established with the militants around 8 am, a police official said.

The bodies of both the slain militants have been retrieved.

Two security personnel -- a CRPF jawan and a Jammu and Kashmir policeman -- were also injured in the firing by militants, he said.

Junaid had joined militancy in March 2018 after he went missing. A photo of him holding an AK 47 assault rifle and wearing an armor vest had gone viral on social media, announcing his decision to join the armed ranks.

The joining of militancy by Junaid, who completed his MBA degree from the Kashmir University, was the first such case where a son of a separatist leader of Jammu and Kashmir had joined an armed group.

His father, Sehrai, was appointed in March 2018 chairman of the Tehreek-e-Hurriyat (TeH) Jammu and Kashmir, replacing Syed Ali Shah Geelani who held the post for 15 years.

Meanwhile, mobile Internet and mobile telephony services, except on BSNL postpaid, have been snapped in Srinagar as a precautionary measure, police said.