The government is luring Bollywood to come to Kashmir to make magic. But will filmmakers take the chance? 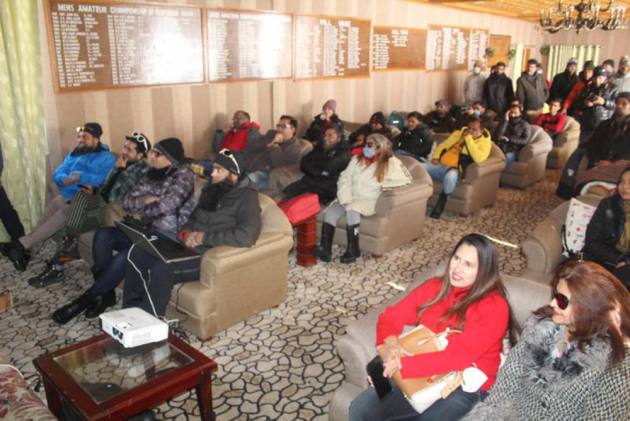 Bollywood is setting its eyes on Kashmir again, the go-to place for filmmakers in the 60's and the 70's. A 24-member delegation of Bollywood producers touring the valley feel it has the potential of becoming an international film destination if infrastructure can be put in place.

Members of the delegation visited Gulmarg and Srinagar to explore the locations for film shooting, trying to revive the old bond the industry had with the state. Film producer Aashish Singh told reporters that the Valley provides a perfect backdrop for the filmmakers and has the potential of becoming the shooting destination for the world. He has already shot movies like Jab Tak Hai Jaan in Kashmir.

CEO of Producers Guild Nitin Ahuja and Devgan Production's Meena Ayer said Kashmir has a huge scope for the film tourism which needs to be tapped.

We adore Kashmir in spring, summer and winter, but could autumn be its loveliest season?

Host of the cookery show 'Khana Khazana' Sanjeev Kapoor said Kashmir can also be promoted for food tourism. He said Kashmir is among the top three exotic food destinations in India. “I have tasted Kashmiri food and will promote it throughout the world. There is a need of having a national campaign to promote Kashmir’s cuisine,” he said.

According to the government spokesman many production houses have expressed their desire to shoot here. In a video conference Principal Secretary to Lieutenant Governor Niteshwar Kumar assured the visiting delegations that the J & K government would provide all support and facilities for their upcoming films. He said the government is also making a policy which will encourage filmmakers to shoot in Kashmir.

However, some of the producers were wary if Kashmir can go back to its glory days of film shooting. Firstly, today's films have moved away from the routine song-and-dance sequences where the hero and heroine would run around trees. “Even if there are romantic songs in some films to be shot around beautiful locales, there are many choices apart from Kashmir,” said one of the producers who didn't want to be named.

Some of the recent Kashmir-based films have failed at the box office, like the much-hyped Vidhu Vinod Chopra film Shikara, he added. He says Srinagar, a city of over 16 lakh people has no quality infrastructure. “Everything shuts after 5 pm. There is no public transport. The lighting around the Dal Lake is such that you cannot even walk on the pavement. And above all there is the problem of militancy," he says.

The state government is giving as much push it can to lure filmmakers to shoot in Kashmir. It is up to them now to come with creative ideas to use the breathtaking locations in their movies.