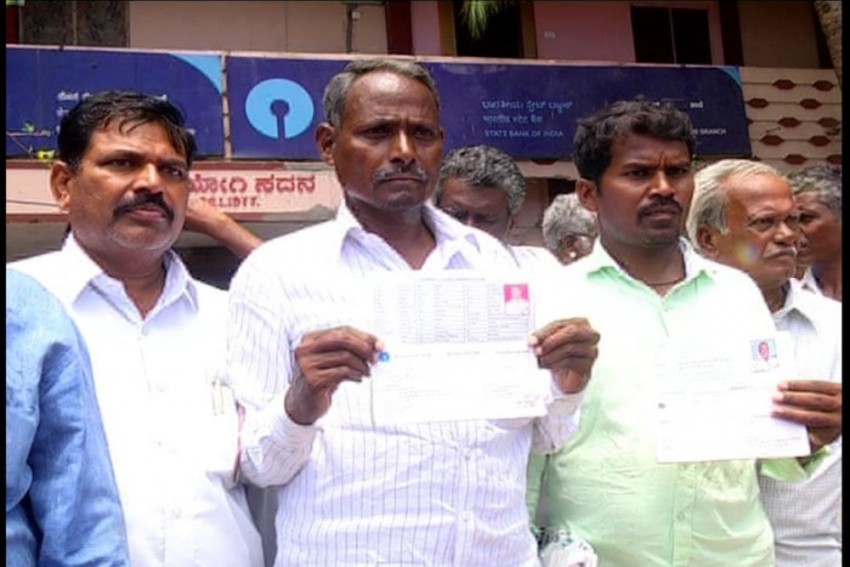 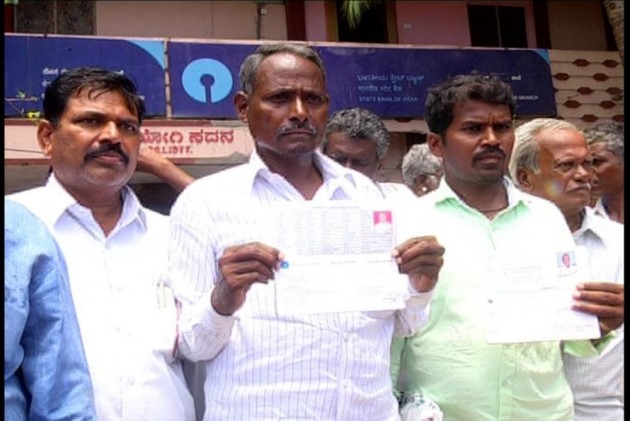 The happiness of close to 10,000 farmers in Karnataka's Yadgir district was short-lived. The money they had received as part of the state government's loan waiver scheme just before the Lok Sabha elections disappeared from their accounts after the conclusion of the polls.

During the Lok Sabha elections, thousands of farmers with accounts in nationalised banks received a part of the amount under the scheme. Fifteen days later, the deposited amount has been withdrawn. 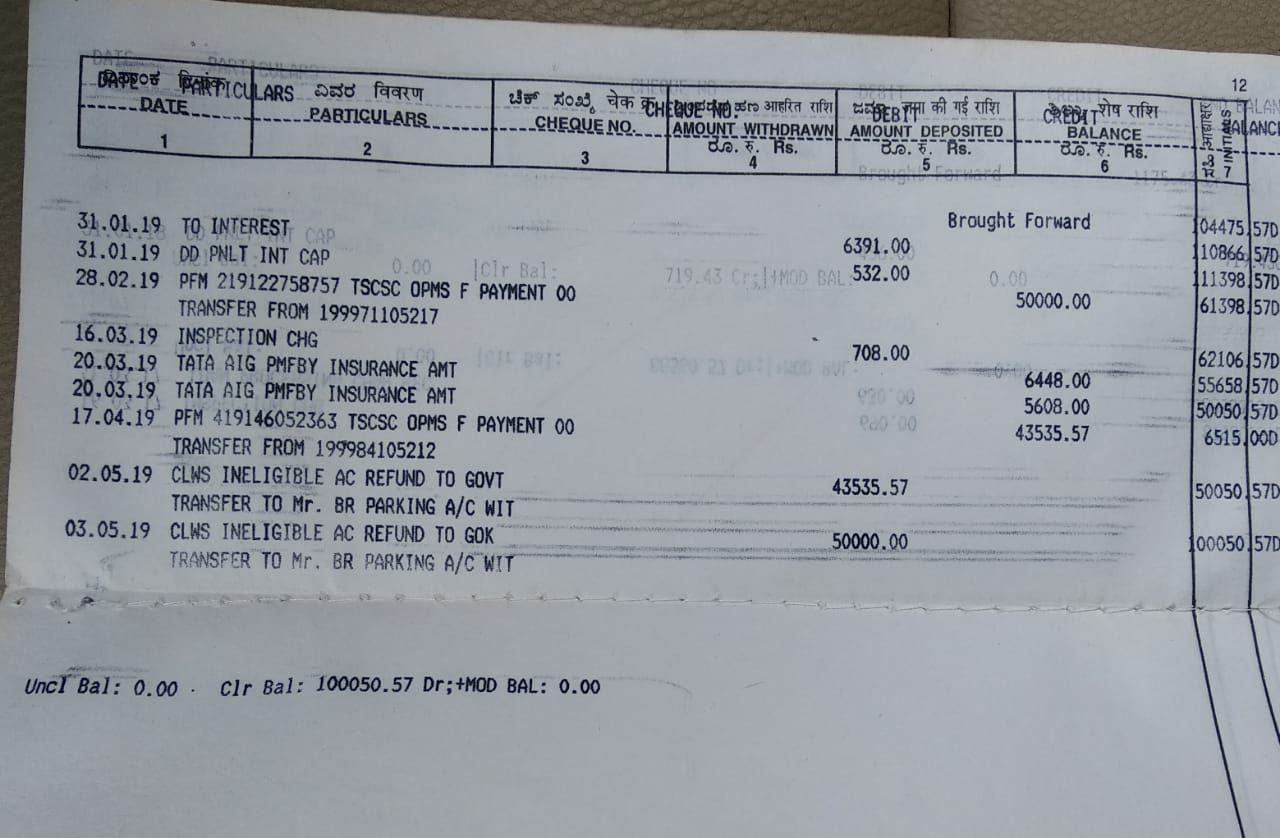 This came to light when the farmers went to banks to renew their accounts for the monsoon season. According to an estimate, there are at least 10,000 farmers in Yadgir district - especially in Shahpur, Sagara and Gogi- who feel cheated by the government. Most of them are customers of State Bank of India.

According to Chennappa Anegundi, a Karnataka Pranta Raitha Sangha leader, a total of Rs 18.25 crore was deposited in various bank accounts of State Bank of India (Shahpur) - before the Lok Sabha elections. Of which now Rs.16 crore has been withdrawn.

"I had received Rs 50,000 on Jan 29 and Rs 44,926 on April 17 in my SBI account in Sagara village of Shahpur taluk. However, when I checked my account after the elections - on May 23 - the money is not there. Similar is the case with around 200 farmers in the same branch," complains Shivappa K, a farmer in Sagara village.

"Is this just an eye-wash or a strategy to hoodwink farmers before the elections," rues farmer Shivappa K.

According to Lead Bank officials, there was some confusion among a few banks in the district while submitting the eligible beneficiaries' list when the loan-waiver scheme was announced. However, a revised list was prepared following the directions of the State-level Bankers' Committee.

Hence, the money has been taken back from those accounts that the committee found were "ineligible", a bank official said. If this has rendered injustice to some genuine beneficiaries, their pleas will be considered, the official added.

However, the farmers who feel cheated by the government have decided to stage a protest before the SBI, Shahpur premises on Tuesday.

In reference to the report, Karnataka Chief Minister H D Kumaraswamy said, "Confusion prevailed among the nationalized banks over the identification of beneficiaries of loan waiver and subsequently, the issue has come to light during the bank audits.

"So far, this confusion has occurred in 13988 farmers' credit accounts. Local banks have been advised to clarify their fault. The state-level bankers' meeting was called at around 2.30 pm on June 14," Karnataka Chief Minister HD Kumaraswamy tweeted.

The CM further added that the confusion has not been caused by the state government and added has no connection with the polls.