The legislators have decided to go back to resort or their rooms in the adjacent Legislature Home on early Friday and return to the Assembly for the session from 11 a.m. to resume the inconclusive debate on the motion. 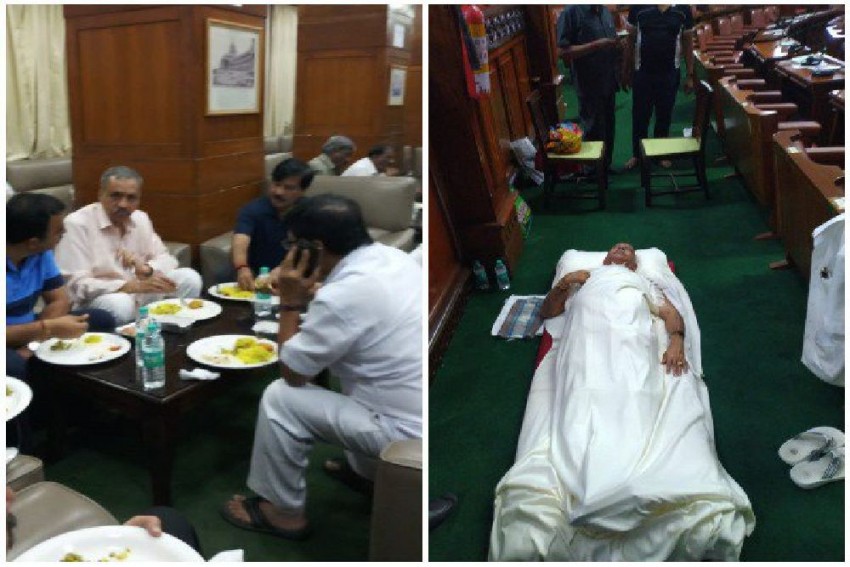 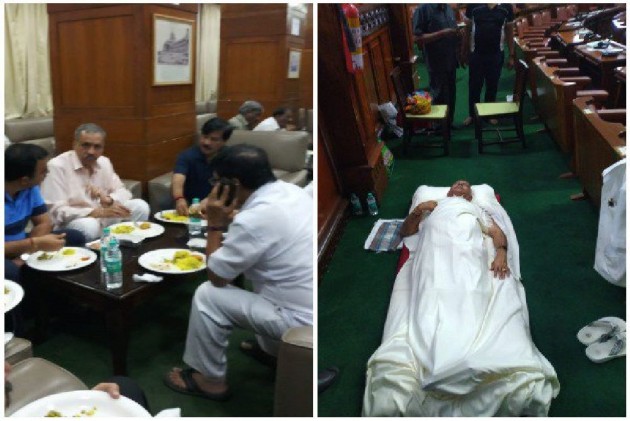 Upping the ante, about 100 Bharatiya Janata Party (BJP) legislators slept in the Karnataka Assembly on Thursday night to protest against the delay in taking the floor test by Chief Minister H.D. Kumaraswamy on the confidence motion he moved on Thursday to prove that his Congress-JD-S coalition government has a majority.

"About 100 of our MLAs are on an overnight stay in the Assembly precincts after Speaker K.R. Ramesh Kumar abruptly adjourned the House without the trust vote despite Governor Vajubhai Vala directing the latter to hold it by the end of the day7," party's state unit spokesman G. Madhusudan told IANS.

The legislators had 'masala dosa' and curd rice for supper in the assembly lounges. Many went to sleep early after a long day in the House due to heated exchanges and acrimonious scenes in the House, as the ruling combine was reportedly delayed in going through the crucial vote.

Though most of the party lawmakers have been staying at a resort on the city's northwest suburb since July 12 when the 10-day monsoon session began, they are overnight staying to ensure the floor test is conducted on Friday by 1.30 p.m. as Vala directed Chief Minister.

As many of them didn't have pillows and bedsheets, some rebels bought them from nearby shops to sleep on the floor on bedsheets and rest their heads on soft pillows for a sound sleep.

"We will not budge from the Assembly till the confidence motion is put to vote for the floor test to prove the ruling allies have the majority of the House," a BJP lawmaker told IANS on the condition of anonymity.

Some of the legislators watched a movie on TV sets in the lobby where they were shown before going to sleep, others were in serious discussions over the strategy to be adopted for the Friday trust vote.

The legislators have decided to go back to resort or their rooms in the adjacent Legislature Home on early Friday and return to the Assembly for the session from 11 a.m. to resume the inconclusive debate on the motion.

With the Governor writing to the Chief Minister to prove majority in the House by 1.30 p.m. on Friday, uncertainty continues to dog the legislators.