In the poem, Grover refuses to comply by showing documents when NRC is imposed nationwide. 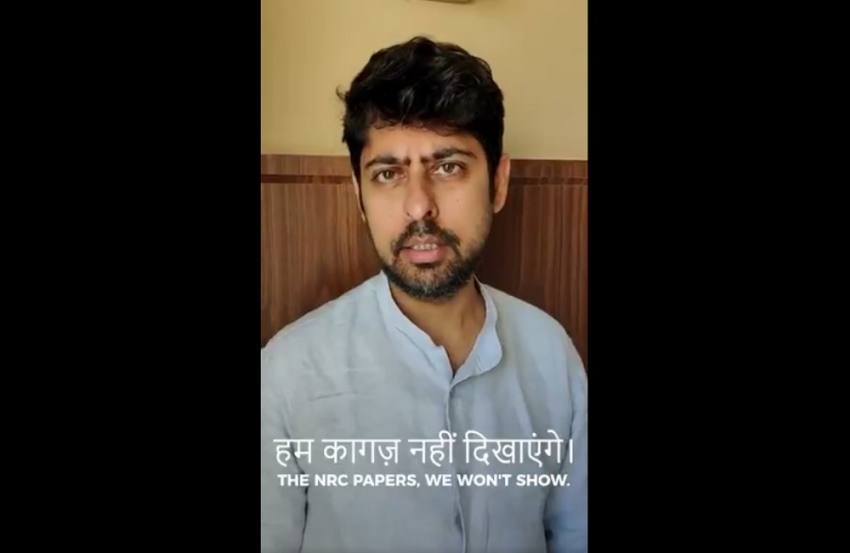 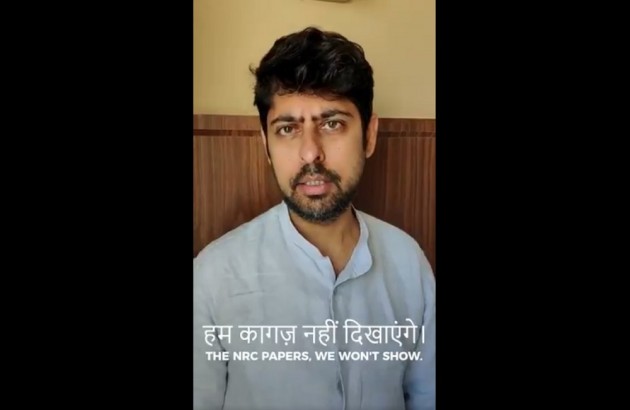 Amid country-wide unrest over the newly amended Citizenship Act and proposed National Register of Citizenship, comedian and lyricist Varun Grover has swept social media with his poem  'Kagaz Nahi Dikhayenge' (We Will Not Show Our Papers).

Posting a video of him reciting the poem on Twitter, Grover wrote on Friday it was "inspired by the spirit of every protestor and India-lover. With hat-tips to Rahat Indori Saab and the Bangla slogans."

Grover was referring to the famous line from Urdu poet Rahat Indori, "Sabhi ke khun he shamil is desh ki mitti me (Everyone's blood is present in this country's soil)."

His other tribute was to a new Bengali slogan that cropped up in a rally held against NRC and CAA in Kolkata. The slogan, written on a banner, read: "kagoj dekhabo na (won't show papers)."

In the poem, which condemns police 'violence' on protesters across the country opposing the Citizenship (Amendment) Act (CAA), Grover refuses to comply by showing documents when NRC is imposed nationwide.

Inspired by the spirit of every protestor and India-lover. With hat-tips to Rahat Indori saab and the Bangla slogans.

(There is no copyright on these words - feel free to use them, adapt, sing, modify, create.) pic.twitter.com/bJZULAAvR8

Grover's video was shared on Sunday by opposition leaders like Shashi Tharoor and Sitaram Yechury, with both calling the poem an 'anthem' against CAA and NRC.

When the Citizenship Amendment Bill was passed in the Lok Sabha and was awaiting passage in the Upper House, activist Harsh Mander had declared he would convert to Islam if the law came into being and would not submit his documents as an act of civil disobedience. Later, filmmaker Mahesh Bhatt also announced he will refuse to submit documents.

The NRC has become central to the protests against the CAA, which will allow non-Muslim refugees from Sex religions, including Hindus, Sikhism and Buddhism, from Pakistan, Afghanistan and Bangladesh to attain Indian citizenship.

'There's No Detention Centre In India, Nobody Is Going There': PM Modi At Ramlila Maidan Rally