Former Jammu and Kashmir Chief Minister and National Conference leader Omar Abdullah said on Twitter that by filing the case against Rashid, the Uttarakhand police had shown that they would rather "take sides than deliver justice by upholding the law". 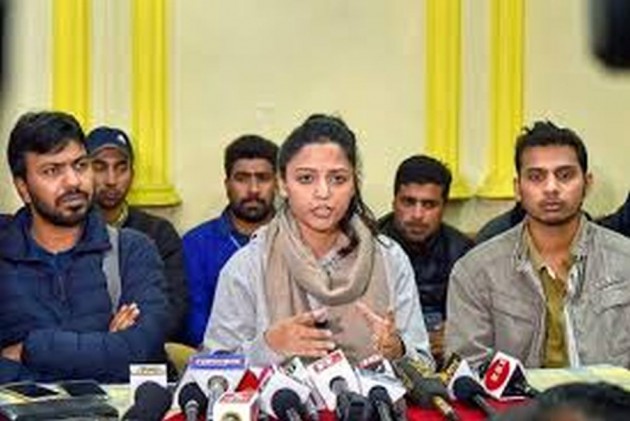 Uttarakhand police have filed a case against Shehla Rashid, a former Jawaharlal Nehru University research scholar and activist, for allegedly "spreading rumours and fear" on Twitter about alleged harassment of some Kashmiri students by locals and right-wing activists on February 16, in the wake of the Pulwama terror attack.

Senior Superintendent of Police (SSP) Nivedita Kukreti told news agency ANI: “An FIR under Sections 505 (to incite any class or community to commit any offence against any other class or community), 153 (indulge in wanton vilification or attacks), and 504 (Intentional insult with intent to provoke breach of the peace) of the Indian Penal Code (IPC) has been registered against Shehla Rashid at Prem Nagar police station.”

Rashid shared pictures of the copies of the FIR on her Twitter account, stating that is the price one pays for seeking justice under BJP rule.

So, @uttarakhandcops have filed an FIR against me, but they have yet to take any action against Vikas Verma Bajrang Dal convenor who is speaking to national newspapers, owning up to the mob attacks, ordering Kashmiris to leave Dehradun. Can't say who rules Uttarakhand anymore!

Ashok Kumar, ADG (Law&Order), Uttarakhand: The incident of students being trapped in a girls hostel is a rumour being spread on social media. A procession was taken up by locals in wake of the #PulwamaAttack where people were chanting 'Pakistan murdabad'. pic.twitter.com/4DGkVxn7YP

Please join us in asking @uttarakhandcops to take action against Vikas Verma, Bajrang Dal Convenor who has owned up to to targeting of Kashmiri students and has threatened them to leave Dehradun. https://t.co/ZgfjwokK7j

Former Jammu and Kashmir Chief Minister and National Conference leader Omar Abdullah said on Twitter that by filing the case against Rashid, the Uttarakhand police had shown that they would rather "take sides than deliver justice by upholding the law".

By filing a FIR against @Shehla_Rashid instead of the Bajrang Dal & it’s convenor Verma @uttarakhandcops have shown they’d rather take sides than deliver justice by upholding the rule of law. https://t.co/OuhyYurBUQ

Shah Faesal, who quit the IAS to serve the people, also tweeted against Rashid being booked by police.

FIR against @Shehla_Rashid will make the make the matters worse. @ukcopsonline please focus on real spoilers. There are still too many distress calls coming from Dehradun.
An environment of peace and brotherhood can't be built by shooting the messengers.

In a joint statement, NC leader Omar Abdullah and former Chief Minister and PDP leader  Mehbooba Mufti asked the Centre to step in to ensure security for Kashmiris.

"As incidents of harassment against Kashmiris are going up, in a joint appeal, Jammu and People's Democratic Party President Mehbooba Mufti and Jammu and Kashmir National Conference vice president Omar Abdullah expressed dismay over attacks on Kashmiris across the country and urged the government of India (GoI) to ensure the safety and security of Kashmiris everywhere.

The two former chief ministers underscored the need to maintain communal harmony across the country. In their appeal, the leaders asserted that by attacking, terrorizing, intimidating Kashmiris, the youngsters of Kashmir are implicitly being told that they have no future outside of the valley.

“Intimidating Kashmiris is aimed at creating a wedge between different communities in India. We should not allow the terror to divide us. By using such incidents to divide us, we fall into the trap of those behind the attack on CRPF soldiers; we are wittingly or unwittingly playing to the tunes of our enemies,” Omar and Mehbooba said.

The leaders asserted that attacking innocent people because of their ethnicity or religion, is no way to honour the sacrifice of the CRPF men.

“Kashmiri Muslims or the Muslims of Jammu didn’t attack our CRPF Jawans the other day, terrorists did. This violence is a convenient tool used by some to shift the blame. Let us unite against terror, let’s not allow terror to divide us,” they said.

The two former CMs maintained it was tragic to see educated and civilized people spearheading vicious propaganda to paint Kashmiris and terrorists with the same brush. “The thought behind such attacks is to divide us. Our pain must not fuel such diabolical plans because eventually the axe forgets and the tree remembers,” they said.

"No mainstream political party will condone terrorism. The ferocity of the rhetoric by certain media channels is also dangerous. They churn lies, hatred and divisive agenda by berating the national interests.”

The leaders while expressing concern over the reports of violence, and arson in Jammu and described the happenings as worrying. Both the leaders urged the political dispensation and civil society of Jammu to ensure that cooler heads prevail.

They urged the Centre to ensure that the directions issued to all state governments to ensure safety and security of Kashmiris are implemented.

“As a country we need to stand together in this hour of grief and sorrow and not allow forces inimical to unity in our country to find any space” Mehbooba and Omar together appealed.