PM's J&K Outreach: 'Indecisive’ Mehbooba Not In Hurry For Talks 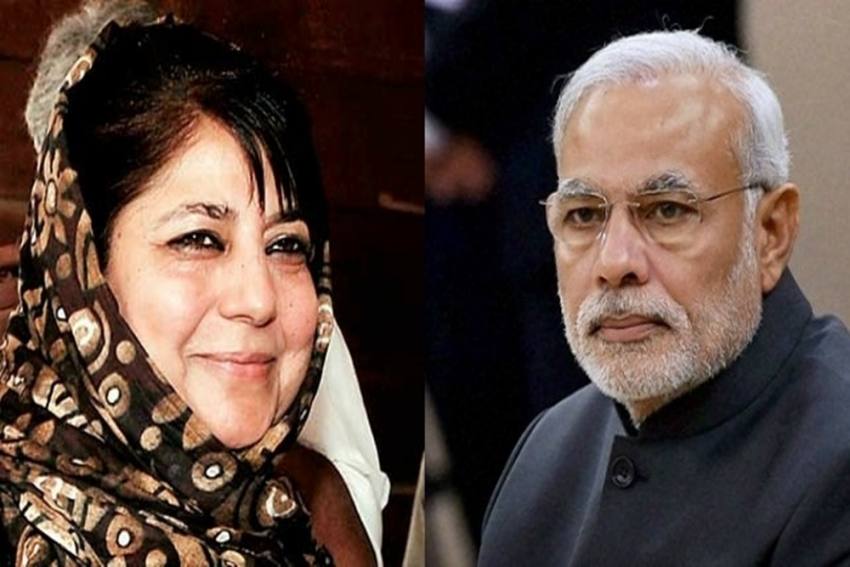 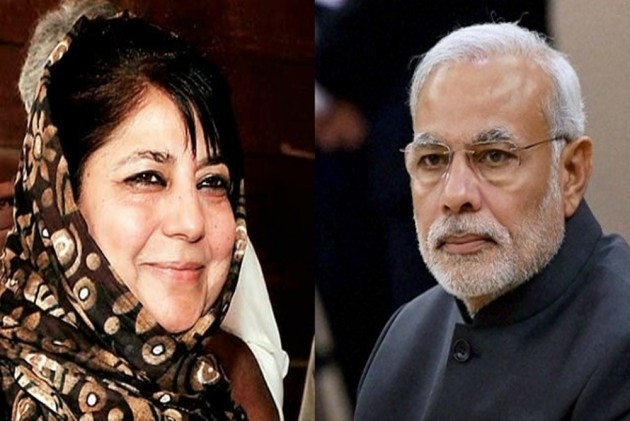 People’s Democratic Party president Mehbooba Mufti continues to be indecisive about participating in talks with Prime Minister Narendra Modi on June 24 in New Delhi. “Our position continues to be the same which was yesterday. Mehbooba ji hasn’t decided anything about it yet,” a party leader said.

The Centre on Friday invited 14 leaders from various political parties in Jammu and Kashmir for a meeting with Prime Minister Narendra Modi and other Union government officials on June 24. Three days ahead of the talks, the government released PDP leader Sartaj Madani from preventive custody and set senior PDP leader Naeem Akhtar free. He was under house arrest, before. “Relieved that PDP’s Sartaj Madni has finally been released after 6 months of wrongful detention. Its high time that GOI releases political prisoners & other detainees rotting in jails in & outside J&K. A raging pandemic should’ve been reason enough to free them,” Mehbooba tweeted.

Relieved that PDPs Sartaj Madni has finally been released after 6 months of wrongful detention. Its high time that GOI releases political prisoners & other detainees rotting in jails in & outside J&K. A raging pandemic should’ve been reason enough to free them.

On Sunday evening PDP youth president Waheed-ur-Rehman Parra, who was shifted from Kashmir to a Jammu jail, was brought back to Central Jail in Srinagar.

There are scores of separatist leaders who are still in custody. The detained mainstream leaders include former independent MLA Engineer Rashid, who is lodged in Tihar jail. He was arrested two weeks after the abrogation of Article 370 on August 5, 2019.

Meanwhile, Mehbooba not jumping to accept the Centre’s invite, shows that she would be taking a decision only after weighing all options, including the release of her party’s leaders and mere shifting of Parra from one jail to another is unlikely to make her accept the Centre’s invite. PDP leaders say she hasn’t sought any concession from the Centre after the abrogation of Article 370 and for “humiliation of the people of Kashmir, the party and its leaders were subjected to." They say she is unlikely to climb down from her stance about Jammu and Kashmir.

“In a meeting, yesterday Mehbooba Mufti said she has been a votary of dialogue and is not shying away from discussions. She doesn’t want to become a roadblock in the dialogue process but she has the right to decide whether to participate in the talks or not,” a party leader said.
But at the same time the party, he said, in a meeting of the PAGD, the party would insist for a joint charter to be presented before the prime minister.