The students were taking out a march from the University Campus to the parliament to oppose the Citizenship Act when they were prevented from doing so by the police. 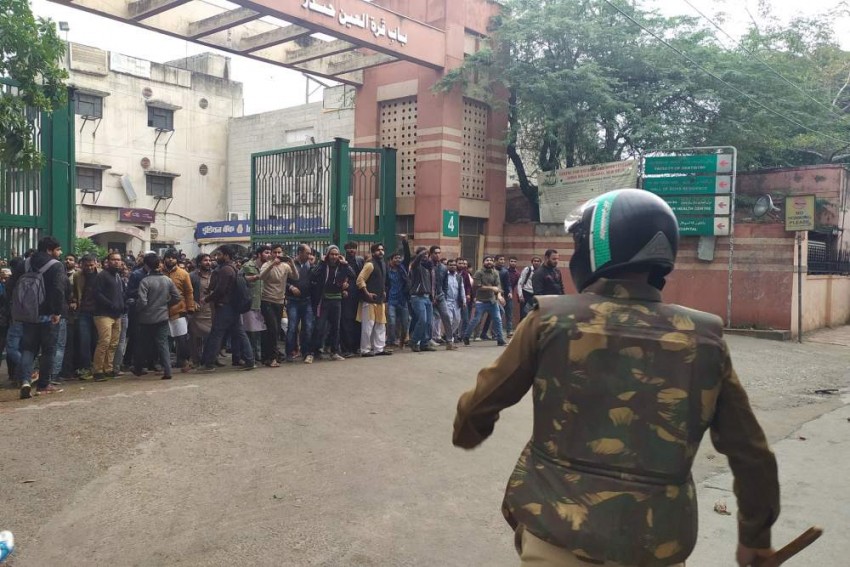 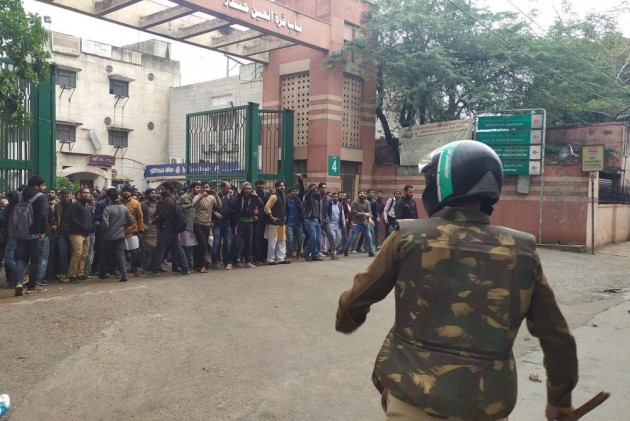 A clash between the students of Jamia Millia Islamia and Delhi police broke out on Friday when the former were taking out a march from the university campus to the parliament to express opposition against the controversial Citizenship Act.

The march, which was announced by the teacher's association of Jamia Millia Islamia, was joined by over 1,000 students. The Delhi Police, however, had put barricades across the road halting their progress.

"The students started jumping the barricades which led to a physical clash between the police and the students and the situation escalated from there onwards," Majid Alam, a former student of the university, said.

"The police used tear gas which made the situation chaotic. A few even got injured," he added.

Following the clash, around fifty students were detained and taken to Badarpur police stations while several were injured after police lathi-charged them. The students have since been released.

Video footage circulated online also showed the police using tear gas and resorting to lathi charge not just outside but even inside the university premises.

"First, they lathi-charged us asking us to move backwards. Then they pelted stones in response to which students picked up stones too," Onaihza, a law student at Jamia, told PTI.

Reacting to the clashes that took place, Jamia Millia Islamia Alumni has issued a statement condemning the "violence and the brutality meted out to the students" who were taking out a "peaceful" protest.

The claims, however, have been denied by the police.

The Alumni has called the Citizenship (Amendment) Act 2019 "sectarian in nature" and against the "democratic ethos of India" and has put forth a demand for the "rollback of the Citizenship Act and have also demanded an "immediate inquiry against the police brutality."

"As advised by Delhi Police, entry & exit at Patel Chowk and Janpath have been closed. Trains will not be halting at these stations," DMRC said on twitter.

The stations were opened an hour later.