Article 370 Was 'Special Discrimination', Says Ajit Doval, 'Fully Convinced' That Majority Of Kashmiris Back Its Abrogation

NSA Ajit Doval justified the restrictions imposed on mobile phone and Internet services in Jammu and Kashmir, saying they can easily be used by Pakistan and terrorists for subversive activities, but the denial of these services should not prevent people from going about their lives. 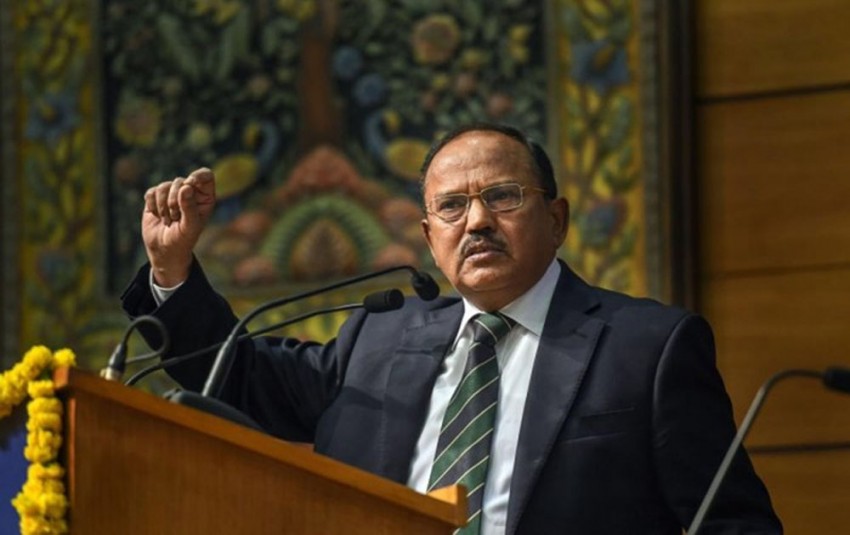 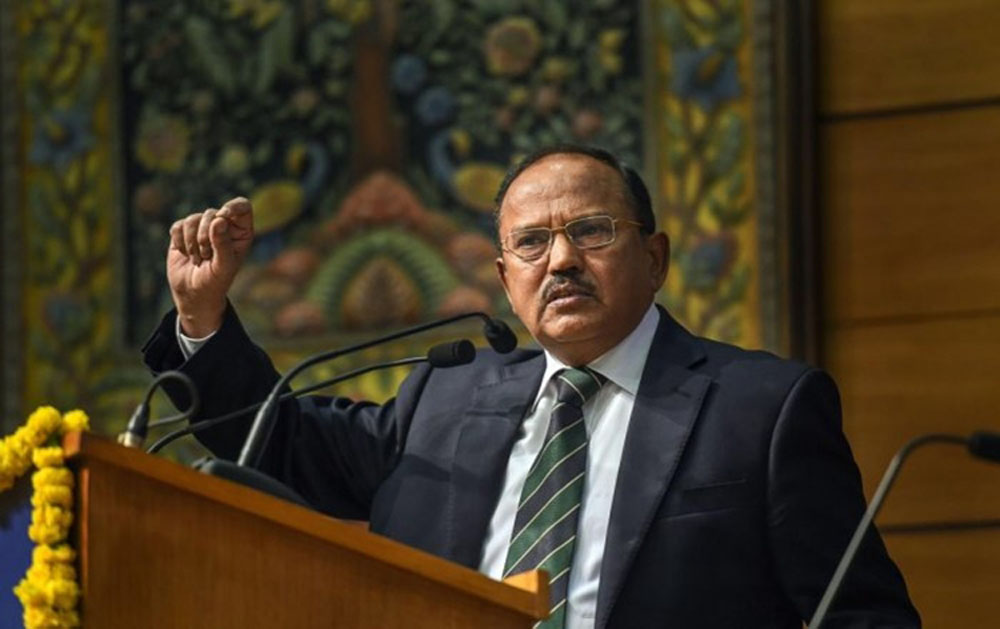 National Security Adviser Ajit Doval said on Saturday he is "fully convinced" that a majority of Kashmiris support the abrogation of Article 370, and affirmed that restrictions in Kashmir are aimed at preventing Pakistan from creating more mischief through proxies and terrorists.

Article 370 "was not a special status. It was special discrimination. With its abrogation we have brought Kashmiris on par with Indians," he said.

In a wide-ranging interaction with a select group of journalists, Doval said restrictions have anyway been eased progressively, and only 10 of the 199 police districts in Kashmir, Jammu and Ladakh now still have prohibitory orders, while land-line telephones have been restored fully in all three areas.

On the political detentions, he said they are preventive in nature and very much allowed under the law, which means the government is answerable to courts and will have to pay a heavy penalty if it has done anything extra-judicial.

"I am fully convinced that a majority of Kashmiris totally support the abrogation of Article 370," Doval said. In the removal of Article 370, announced on August 5, "they (Kashmiris) see greater opportunities, a better future, more jobs for youths," he said.

"There is a vocal minority that opposes it. It appears to people that is the voice of the people. That is not necessarily true," he told the journalists, comprising Indian and foreign media.

He said Pakistan is bent on creating trouble in Kashmir, and would very much like to see unrest in the valley, which would add grist to its anti-India propaganda. In a bid to achieve that aim, Pakistan has sent many terrorists into Kashmir with the intent of causing trouble, and to ensure that normalcy is not restored.

"If anybody is interested in restoring normalcy in Jammu and Kashmir, it is India," he said. "We will not allow people to become victims of Pakistan's machinations and its bullets sent across the border. We will do everything in power to protect the people," he said.

Questioned about the alleged human rights abuses by the Army, Doval pointed out that it is only the local police and central paramilitary forces that are deployed to maintain law and order. So, there is no question of atrocities by the Army, whose job is only to fight terrorists.

He said according to intelligence reports, some 230 terrorists were recorded in Pakistan Occupied Kashmir, some of whom have sneaked across the border to create trouble, which includes intimidating traders and local populace to prevent them from going about their business.

He cited the case of two Punjabi-speaking terrorists whose conversations with their Pakistani handlers were intercepted in which they were reprimanded for not doing their job properly and warned that Pakistan would send them bangles if they didn't do something quickly.

Thereafter, the two men went to the residence of a prominent fruit merchant in Sopore, Hamidullah Rather, to intimidate him on Friday, Not finding him there at home, the terrorists shot and injured his 25-year-old son, Mohammad Irshad, in the thigh, and Irshad's 2 1/2-year-old granddaughter Asma Jaan, who is critical, Doval said.

She will be brought to New Delhi for treatment, he said.

"Terror is the only instrument Pakistan has to create unrest in Kashmir," he said, adding that normalcy in Kashmir can be restored if "Pakistan starts behaving" and stops "indulging in subversive propaganda."

Asked what India will do if Pakistan continues with its ways, Doval said: "there is a solution to every problem." He did not elaborate.

Doval justified the restrictions imposed on mobile phone and Internet services, saying they can easily be used by Pakistan and terrorists for subversive activities, but the denial of these services should not prevent people from going about their lives.

"Even before the Internet came into our lives people were going about their lives doing business," he said while acknowledging that people are unhappy with these restrictions.

"In any society, people always want more than what they have. But to us his life is more important," he said adding that 92.5 per cent of the geographical area of Jammu & Kashmir is now without restrictions.

Reflecting the government thinking, Doval said Article 370 was nothing but a millstone around the necks of Kashmir and was preventing the people there from having equal rights that other Indians had. For example, the article prevented many laws from being applied to Kashmir, such as the right to education, women's rights, minimum wages.

Article 370 was only a tool of the political class to make money through corruption, he said. "For the common man, there was nothing."