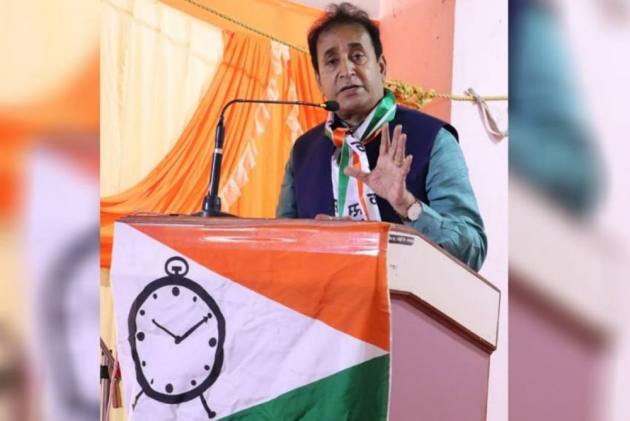 Amid intense pressure from the Opposition, NCP leader Anil Deshmukh resigned from the post of Maharashtra home minister on Monday. He has been facing massive criticism ever since former Mumbai top cop Param Bir Singh levelled corruption allegations against him.

On March 25, Singh had filed a criminal public interest litigation seeking a CBI probe against Deshmukh, who he claimed asked police officers in Maharashtra to collect Rs 100 crore from bars and restaurants.

Ever since Singh levelled the allegations, Deshmukh has denied any wrongdoing but after he tendered his resignation on Monday, many have started wondering if this is the end of the road for the NCP leader.

As Good As Its Leader

But who is Anil Deshmukh and how did he launch his political career?

Deshmukh (70), who hails from Wadvihira village near Katol in Nagpur district, began as an independent MLA in 1995, extending support to the then Shiv Sena-led government – in which BJP was a partner - and was made a minister of state.

In 1999, he broke off his ties with the Sena-BJP government and joined the newly-formed Nationalist Congress Party. He won from Katol Assembly seat and was inducted in the Congress-NCP ministry as a cabinet minister in 2001.

He was dropped during a cabinet reshuffle and re-joined the ministry in 2009 and held charge of food, civil supplies and consumer protection.

Deshmukh lost the 2014 Assembly elections to his nephew but regained the Katol seat in 2019.

He recently scored a self-goal in the Maharashtra Legislative Assembly while attacking the BJP and claiming how good is the law-and-order situation in Maharashtra.

Deshmukh pointed to the alleged suicide of Lok Sabha member Mohan Delkar and also that of an IAS official "from Madhya Pradesh" in Maharashtra, claiming that both felt they would only get justice in Maharashtra and not in their home states that are ruled by the BJP.

Leader of the Opposition Devendra Fadnavis immediately pointed out that the IAS officer, whom Deshmukh had referred to, hailed from Congress-ruled Chattisgarh. An embarrassed Deshmukh had to set the record straight in the House.

Singh is not the first bureaucrat to attack him. In April 2020, he was criticised by a retired IAS officer and chairman of the Maharashtra Electricity Regulatory Commission Anand Kulkarni, who threatened to "expose" Deshmukh over alleged corruption in the allotment of molasses and transfers of excise officials.

Except for the Devendra Fadnavis-led government during 2014-19, Anil Deshmukh has managed to find a berth in the state ministry irrespective of which party came to power during the last two decades. Now, only time will tell if his eventful political journey will end with the recent CBI probe.