Is The Second Wave Of Covid-19 Milder Than The First One?

Jury’s out as experts attribute low mortality to more infection among young people, the affluent who have better access to healthcare and more confident doctors. 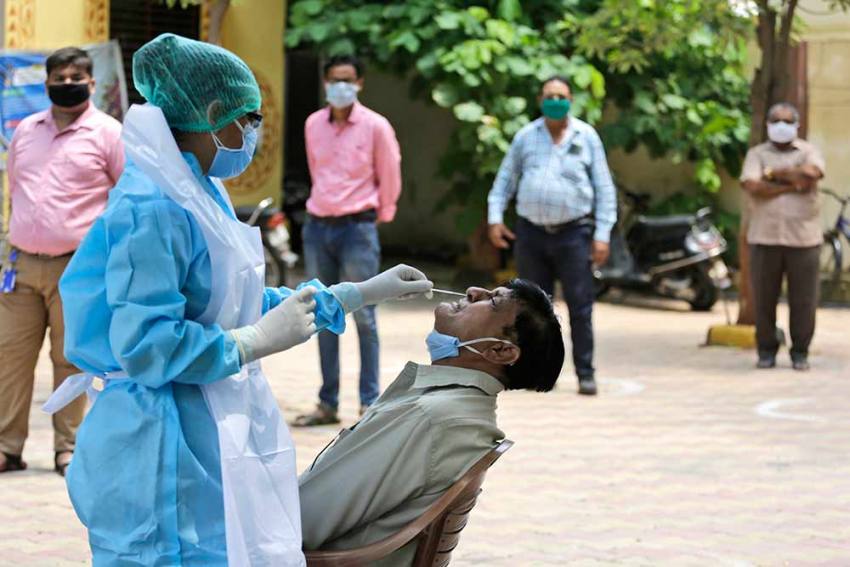 The ministry of health and family welfare’s data on daily Covid-19 cases in India suggests that 81,466 new active cases of coronavirus infections were found in a single day on April 1.

It also recorded 469 deaths on the same date in 24 hours.

When compared with the first wave last year, it looks like the current wave is milder than the earlier one so far as the daily death figure is concerned.

When the first wave hit the country in April last year, the daily active cases crossed the 80,000-mark for the first time in early September. There were 83,341 active cases on September 4.

If one compares the number of deaths in the two waves, one finds the death toll is less than half than the previous year in the second wave.

Even if one concludes that a patient dies 10 days after infection, the same applies on both occasions.

Some virologists agree that the number of deaths in the second wave is low as compared to the first one and this is fortunate for the country.

However, they disagree that it is because the virus has become milder. They assign different reasons for this.

Noted epidemiologist Dr Jayaprakash Muliyil said, “Since we don’t have data on the age-wise number of daily infections, I can only presume that in the second wave, younger people are getting more infected than during the first wave.”

He added, “Another reason could be, this time the doctors have become more confident in taking care of the patients. Earlier, many doctors were even scared to go near a Covid patient. This might have improved medical care of patients and hence resulting in low mortality.”

Another well-known virologist Dr Shahid Jameel who is at present the director of the Trivedi School of Biosciences at Ashoka University fully agrees with Dr Muliyil as he said, “If those are the numbers you have verified, there could be three possible reasons. One, younger people are getting infected in whom there are reduced chances of severe disease and death. Two, physicians have more experience and are managing the cases better.”

“And three, more affluent people are getting infected who have better access to healthcare. This is certainly true for Mumbai,” Dr Jameel added.

He also said that there is no evidence so far to link low mortality to viral variants.

Many other senior epidemiologists working with the government agree that mortality is low and assign one or all the reasons mentioned above.

However, Dr. Manoj V. Murhekar, director, National Institute of Epidemiology, a government research body under the Indian Council of Medical Research, has a different take.

He said, “Daily deaths are low because there has been a sudden increase in active cases which takes time to translate into deaths. It was not so sudden in the first wave.”

“Also, you are looking at daily active cases and not the total active cases during the two phases at the same point in time. In the first wave it was much more than what it is today,” Dr. Murhekar said.

Dr. Murhekar also cautioned that people need to be very careful as the situation this time might become worse than the first wave.

Encounter Breaks Out Between Security Forces, Militants In Jammu and Kashmir’s Hirpora