The Union Health Ministry said that there are more patients who have recovered from COVID-19 in the country than active cases currently. 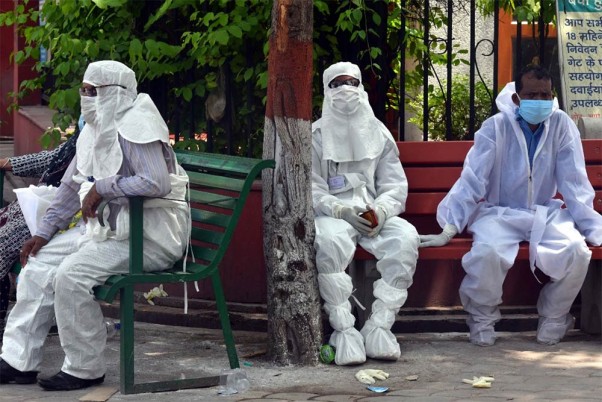 The government on Thursday said that India is not in community transmission stage, even as the country has been recording nearly 10,000 Coronavirus cases daily for the past several days.

The Union Health Ministry said that there are more patients who have recovered from COVID-19 in the country than active cases currently.

"There is a heightened debate on community transmission. WHO has not given definition on it. India is such a large country and the prevalence is so low. The prevalence is less than one per cent in small districts. It is slightly higher in the urban areas. In the containment areas, it may be slightly higher. But, we are definite that India is not in community transmission," Professor Balram Bhargava, DG, ICMR said.

"I would like to emphasise that it is not in community transmission."

Lav Agrawal, Joint Secretary, Health Ministry, also said that the recovery rate in the country currently stands at 49.21 per cent.

"Today, our recovery rate is 49.21 per cent. The number of patients recovered presently exceeds the number of active patients," Agarwal said during a press conference.

As of Thursday, there are 1,37,448 active cases while 1,41,028 patients have been cured and discharged in the country. Meanwhile, 8,102 deaths have also been reported due to the infection so far.

The Indian Council for Medical Research (ICMR) said 0.73 per cent of population in 83 districts where sero-survey was conducted had evidence of past exposure to Coronavirus infection.

As per sero-survey, the ICMR said, large proportion of population is still susceptible to COVID-19.