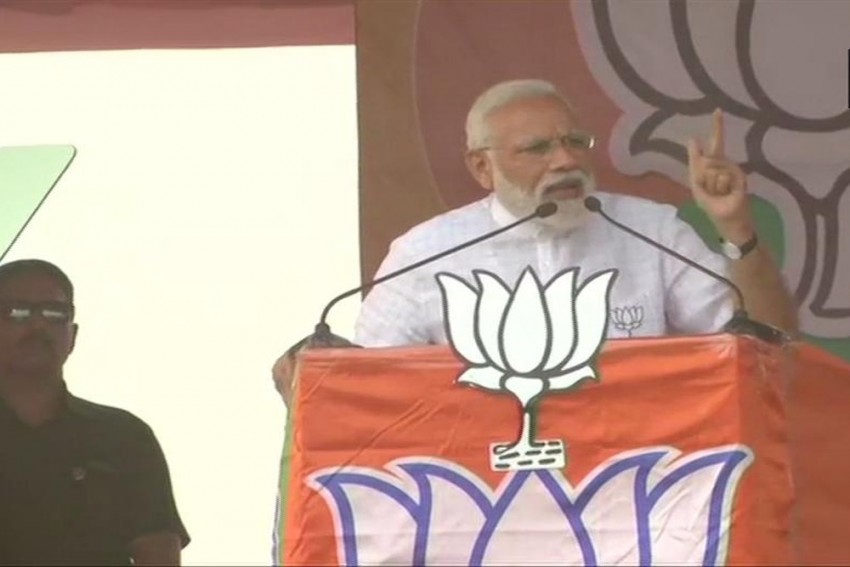 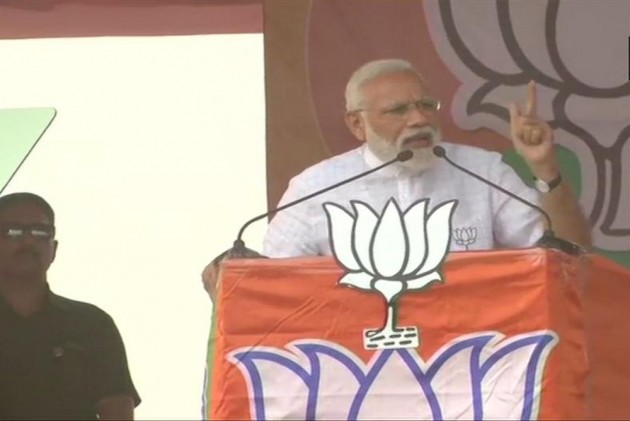 Addressing a public rally in Siliguri, Modi said, “Didi' (Mamata Banerjee) is a speed breaker in the path of West Bengal's development…"speed breaker Didi" has not allowed people of Bengal to benefit from Ayushman Bharat scheme.”

"I am waiting for this speed breaker to go so development can gather speed,” he said.

The PM said that she must be voted out of power to remove any impediment in the path of prosperity of the people of Bengal.

Pleased at the turnout at his maiden rally in the state after announcement of Lok Sabha polls, he said "if I had not come here to see the huge crowd, I would not have realised that Didi's boat is drowning."

Modi said that chitfunds have looted the poor of Bengal and were assisted by ministers in Banerjee's cabinet, her MLAs and associates.

"Didi has destroyed through her associates the poor people who invested in the chit funds," he said.

Claiming that Banerjee, Congress and the Left are on the same boat, Modi said that their designs would not succeed since their fight is with a chowkidar.

Modi will address another rally in Kolkata.

Banerjee, who was initially scheduled to kick off her rally on April 4, advanced her campaign by a day. She will hold a public rally in Dinhata in Cooch Behar district.

She is likely to address 100 rallies across the state starting from April 3 to May 17.

Gandhinagar Is Child's Play For Amit Shah, But Not Without Its Irritants