I Feel I Should Dedicate Larger Role In Serving People: Robert Vadra Hints At Joining Politics

Robert Vadra has hinted at joining politics, a month after his wife Priyanka Gandhi made her debut in active politics and was appointed a general secretary in the Congress party. 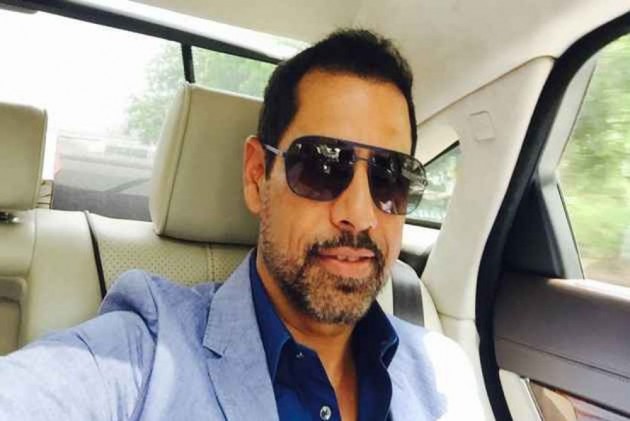 Robert Vadra, the brother-in-law of Congress president Rahul Gandhi, has hinted at joining politics, a month after his wife Priyanka Gandhi made her debut in active politics and was appointed a general secretary in the party.

In a Facebook post, Vadra said, "All these years of experience and learning cannot be just wasted and should be put to better use...Once all these accusations and allegations are over, I feel I should dedicate a larger role in serving the people."

"Years and months I spent campaigning, working in different parts of the country, but mainly in UP, gave me a feeling to do more for people and make smaller changes possible by me, in areas and when they got to know me, the genuine love, affection, respect I earned was humbling," he said.

Forty-nine-year-old Vadra, who has been repeatedly questioned by the Enforcement Directorate (ED) in the recent past in connection with money laundering and land grab cases, accused the government of targeting him to divert the attention from the real issues confronting the country.

"More than a decade of different governments being after me, using and highlighting my name to divert real issues of the country (sic)," he said.

"People of the country gradually realised this Modus and knew there was no truth in any of these allegations. People reach out and show respect and wish me luck for a better future," he said.

Vadra, "Now with my visits to the Enforcement Directorate in Delhi and Rajasthan, almost  8 visits, of many hours and since I have always adhered to rules and surely not above the law, I have been a person to learn from every event I go through."

She has been assigned a tough task to revive Congress in UP, particularly the eastern part of the state. On Saturday, Congress had announced various committees for UP ahead of the Lok Sabha polls.

In his post, Vadra also referred to the social service he has been doing with various organisations. Of late, Vadra's Facebook page is full of his pictures doing social service. His close aide Jagdish Sharma has also been putting out Vadra's pictures on social media.

Vadra had also in the past hinted at joining politics and had been seen in the Gandhi strongholds of Raebareli and Amethi. According to a source, he was keen to contest about a decade back, but it was put on hold at that time.

Asked about Vadra's questioning by the ED, Priyanka Gandhi had told ANI in Lucknow, "These things will go on and I will do my work."