'How Long Will You Separate Mothers From Sons?': Mehbooba's Daughter Asks PM Modi

Iltija Mufti's tweet comes a day after Prime Minister Narendra Modi met his mother at her residence in Gandhinagar, 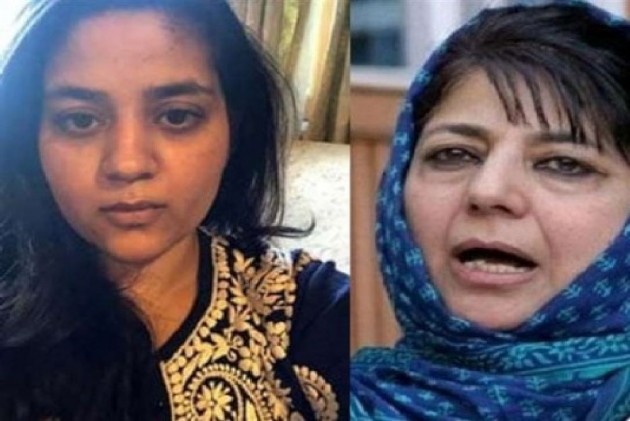 A Day after Prime Minister Narendra Modi met his mother at her residence in Gandhinagar, former Jammu and Kashmir Chief Minister Mehbooba Mufti's daughter, Iltija Mufti, posted an emotional message on Twitter, addressed to the PM.

Iltija shared photos of PM Modi with his mother, where the duo could be seen sitting together on a sofa, and wrote: Heartwarming PM sir @narendramodi..."

But the second part of the message was an apparent dig at PM Modi for detaining thousands of politicians, political workers and activists post Article 370 repeal.

"But it's been three months since you illegally detained my mother along with thousands of politicians, civil society members & minor boys. How much longer will you separate those mothers from their sons for?" she asked on Twitter.

Heartwarming PM sir @narendramodi .But its been 3 months since you illegally detained my mother along with thousands of politicians,civil society members & minor boys. How much longer will you separate those mothers from their sons for? https://t.co/ZHd7qjL4sr

People's Democratic Party leader Mehbooba Mufti has been in detention since August 5 when the centre abrogated undivided Jammu and Kashmir's special status and announced to bifurcate it into two union territories.

The government arrested thousands of political workers, separatist leaders and their activists, stone-pellters after the decision on Article 370 was taken.

The Twitter handle of Mehbooba Mufti is currently being managed by her daughter, Iltija.