Himachal records a notable drop in number of Covid deaths 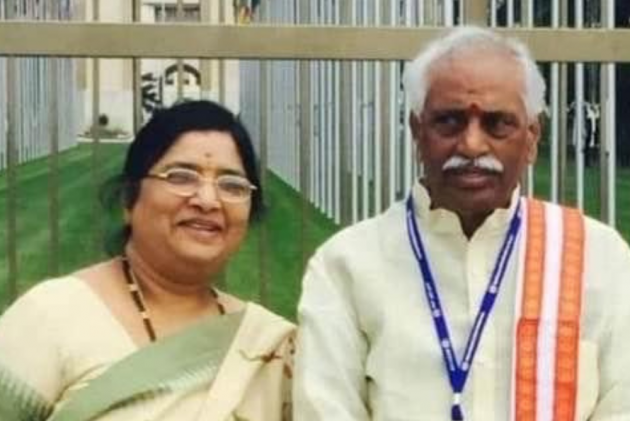 Though Himachal Pradesh recorded a notable drop in the number of deaths, coronavirus on Monday invaded Raj Bhavan, the most protected space in Shimla, the capital city, with the governor’s wife testing positive.

A senior official of the state’s health department said Vasantha Datatrya’s sample was taken after some aides at Raj Bhavan reporting symptoms of the virus.

‘Corona curfew’ Extended Till May 26, Himachal Govt To Perform Last Rites Of All Covid Victims

“Her report was positive,” said the official.

Both and governor and his wife had taken the double doses of vaccines.

Following this, the governor cancelled all his appointments for the next few days and has gone into self-isolation at the Raj Bhavan.

This is the second time Raj Bhavan has come under the shadow of the pandemic as earlier ADC to the governor and some other staff members had also tested positive.

A government spokesman, meanwhile, said the state has reported 58 deaths of which 24 were in Kangra – the worst-hit district in the state. There were 3,546 new cases while 3,760 people also recovered in the past 24 hours. The number of deaths also witnessed a notable drop – 58 -- against 70 a day before.

Dr Nipun Jindal, said the state’s recovery rate has improved to 75.5 per cent against 68.2 per cent a few days back.

“There were only 200 active cases in the state in February 2021 but after the beginning of the second wave the number has increased to 36,633 as of today. Last week, there were 28,817 positive cases of Covid-19 and the positivity rate was 28.9 per cent. During the same period, 439 deaths were reported with case fatality rate of 1.52 per cent.”

Chief Minister Jai Ram Thakur later this evening reviewed the Covid situation in the state with the deputy commissioners and also spoke to ASHA workers asking for a high degree of care for those in home isolation as 92 per cent of Covid cases are recovering at home.

In Himachal Pradesh, the vaccination drive for 18-44 age group was also rolled out on Monday by the chief minister.

The vaccination for persons this age group who have registered and scheduled their appointment will be done at 213 centres. Around 21,090 people have made appointments now. The next dates of vaccination for 18-44 years would be May, 20 ,24, 27 and 31.