Head Priest Should've Quit If He Was Not Ready To Accept SC Verdict: Pinarayi Vijayan On Sabarimala Purification 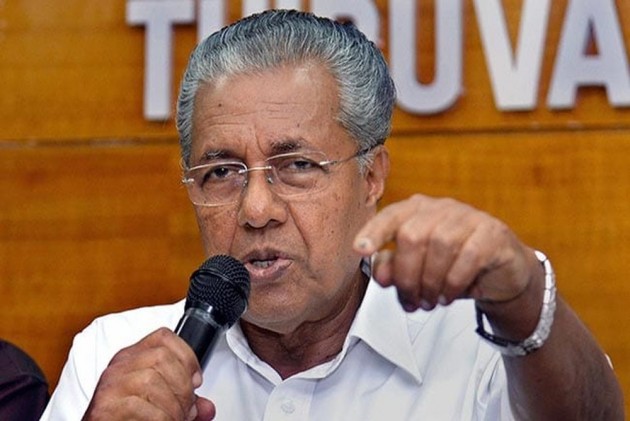 Kerala Chief Minister Pinarayi Vijayan slammed the Sabarimala head priest on Thursday for conducting purification rituals after two women entered the temple, saying he should have quit if he was not ready to accept the Supreme Court verdict.

Vijayan's comments come a day after Kandararu Rajeevaru had closed the Lord Ayyappa temple and performed purification rituals after two women of menstruating age, Bindu (42) and Kanakadurga (44), offered prayers at the hill shrine early on Wednesday.

"A strange thing happened at the Ayyappa temple yesterday. The 'tantri' (priest) closed the shrine and performed the purification rituals. This was violation of the SC verdict," Vijayan told reporters here.

The court had also heard the priest, who was a party to the case, before delivering the verdict, the chief minister said.

The priest had pointed out that there was a violation of tradition at Sabarimala after the women entered the shrine, following which he closed the temple and performed the purification rituals, which was strange, Vijayan said.

Traditionally, for centuries children and women in the 10-50 age group were barred from offering prayers at the temple in Sabarimala.

The top court had on September 28 paved way for women of all ages to offer prayers at the shrine, following which the state government had decided to implement the verdict.

However, the BJP and right-wing outfits were against the government's decision, saying it would go against the traditions of the ancient shrine. The Congress also said it was with the believers.

It is the Travancore Devaswom Board (TDB) that manages the shrine and decides whether the temple has to be opened or closed, Vijayan said.